DBK "Snake": why does Russia need another "killer of aircraft carriers" 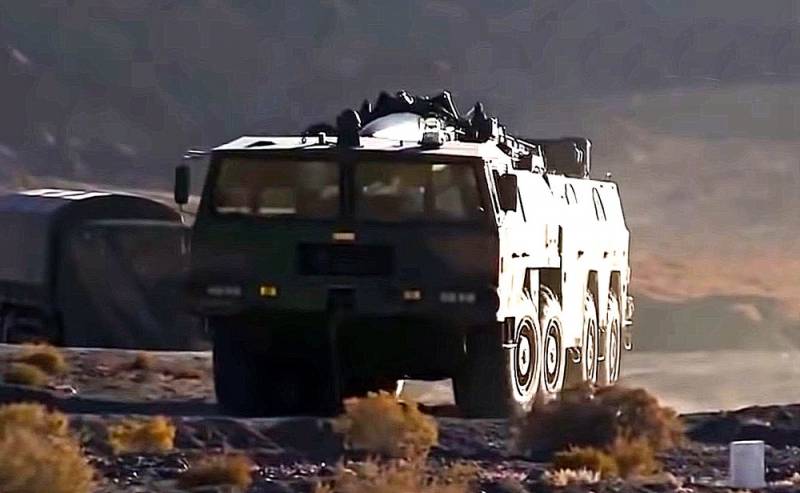 A few days ago it became known that another hypersonic "aircraft carrier killer" should appear in Russia. True, this time it should not be based on ships and submarines, like the Zircon, but right on the shore, as some of our readers dreamed about. What can this very “Snake” be?


First you need to figure out why a new “aircraft carrier killer” was needed at all, and even coastal-based. After all, we have wonderful coastal missile systems "Bal" and "Bastion", why another one, and even a ballistic one?

Then, that the flight range of the Kh-35 anti-ship missile is 120 kilometers and 260 kilometers with the Kh-35U missile at the Ball DBK. The anti-ship missiles at the Bastion flies up to 300 kilometers, however, in the future they promise to equip it with a hypersonic Zircon, after which the range should increase from 1000-1500 kilometers, but this is in the future. In other words, the existing coastal missile systems are quite enough to cover the coast from enemy landings and other undesirable actions on the part of the enemy navy. Unfortunately, we saw how this might look in practice in the Black Sea, where the Ukrainian Neptune anti-ship missiles and the American Harpoons were used against Russian warships. It would seem, what else is needed?

The problem is that an aircraft carrier cannot be hit by a conventional anti-ship missile from the shore. Carrier strike groups, which the Anglo-Saxons, French and Japanese have, have a "far arm" in the form of carrier-based aircraft, allowing them to launch air strikes along the coast without approaching it. This adds up the combat radius of carrier-based fighters and attack aircraft, as well as the flight range of the air-launched missiles they carry. That is, our "Balls" and "Bastions" are truly effective only in water areas such as the Baltic or Black Seas.

The media note that the Chinese anti-ship missiles Dongfeng-21D and Dongfeng-26 (DF-26) became the prototype of the Serpentine. Their fundamental difference from all existing anti-ship missiles, including Russian ones, is that they are medium-range ballistic missiles. The flight range of the first is estimated at 1500 kilometers, the second - at all 5000. Initially, the Dongfeng-21D was developed as a strategic one, but then in Beijing they decided that they also needed something very significant against American aircraft carrier strike groups. The most important problem was to ensure target designation and strike adjustment on such a maneuverable target as the US Navy AUG, capable of moving at speeds up to 30 knots. Especially for this, the PRC launched the Yaogan-7, Yaogan-8 and Yaogan-9 satellites into orbit. Currently, ballistic anti-ship missiles are in service with the PLA Navy, and Saudi Arabia has also purchased a batch of such anti-ship missiles.

What will be the Russian hypersonic "Zmeevik", which is based on the same ideas?

Due to the secrecy of reliable information in the public domain, there is very little. Obviously, the rocket should consist of an upper stage and a combat maneuvering unit flying towards the target at hypersonic speed. The maximum flight range can reach 5000-5500 kilometers. There are suggestions in the expert community that the already existing developments can serve as the basis for the Zmeevik. As an upper stage, a propulsor from the Iskander or from the RS-26 Rubezh can be used, and the second - the Dagger or the adapted Zircon. There are other options, unknown to us.

The question arises of how exactly a highly mobile target, like a US Navy aircraft carrier, should be targeted. Colleagues from the American edition of The Drive quite rightly noted that the Serpentine, equipped with a hypersonic maneuvering unit, may encounter problems with target designation on a moving target:

Unlike China, Russia does not currently have a growing fleet of high-altitude, long-life drones that could help detect enemy fleets and relay guidance information to missile units, although this may also start to change in the future.
Probably, a homing head from another promising Zircon hypersonic missile will be used. However, without a developed satellite constellation of the Ministry of Defense of the Russian Federation and the availability of a sufficient number of AWACS aircraft and AWACS drones, it will be very problematic to unlock the Zmeevik's potential as an "aircraft carrier killer".

In general, the project seems to be promising. Such coastal missile systems could reliably cover our northern, western and eastern maritime borders. But it can be implemented only in close conjunction with the satellite constellation and the development of long-range radar reconnaissance. By the way, here it would be possible, and came in handy balloons and airships AWACS.
Reporterin Yandex News
Reporterin Yandex Zen
4 comments
Information
Dear reader, to leave comments on the publication, you must sign in.