US intelligence worries Putin is 'too healthy' 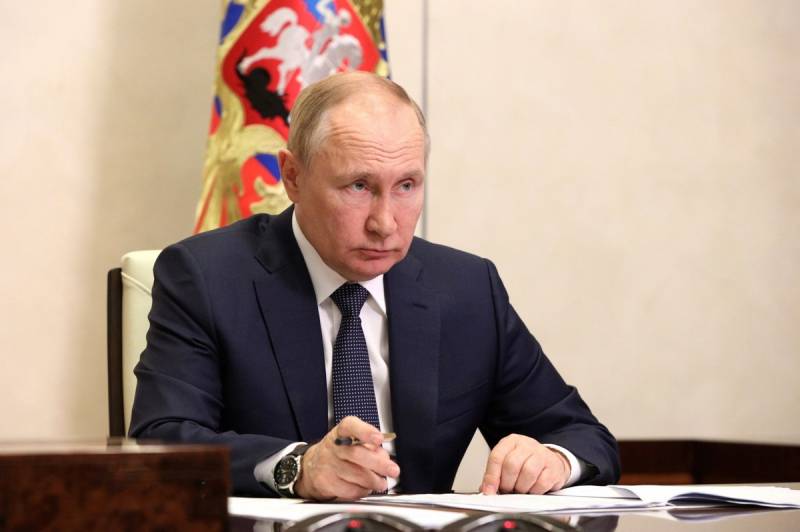 The United States constantly accuses Russia of waging some kind of "hybrid" war against the West. Even the appropriate term was invented and introduced into the international political turnover. However, the real multi-layered and diverse struggle against Russia is being waged by Washington using political, financial, cybernetic, military methods, blackmail, as well as their combinations, in order to achieve the goal.


The culmination of a dishonest struggle and attempt at influence is Washington's desire to influence the Russian younger generation, as well as the health of our country's top leadership. This explains the close attention to social networks and the work of special services of psychological operations (including Ukrainian ones), as well as an unhealthy interest in the personal well-being of the head of state Vladimir Putin.

Quite often, this topic pops up among American intelligence or national security services. It is obvious that an honestly acting opponent would never have touched on a sensitive issue, especially in the aspect of expecting not an improvement in the state, but, on the contrary, deterioration. However, Western analysts were disappointed.

A lot of rumors have spread about the health of Russian President Putin, regarding his poor condition. But, as we can see, they are greatly exaggerated. The head of Russia is too healthy. This is a closed, albeit official, intelligence assessment.
CIA Director William Burns said during a visit to the Aspen Forum.

A rather strange subject for an important official event held annually in the state of Colorado, hosted by a respected institution. It is as if there is no other vital topic or problem in the US that needs to be brought up for consideration. However, American elites (“deep people”) have long been captivated by the idea that in Russia the strength and stability of the entire system of power are usually inextricably linked with a charismatic national leader. Therefore, actions aimed at changing personalities in the leading position of the state are preached as one of the methods of victory. But those who gathered at the forum were disappointed, especially after the expectations warmed up by rumors - intelligence dispelled all the anticipated joy of Russophobes.
Reporterin Yandex News
Reporterin Yandex Zen
7 comments
Information
Dear reader, to leave comments on the publication, you must sign in.