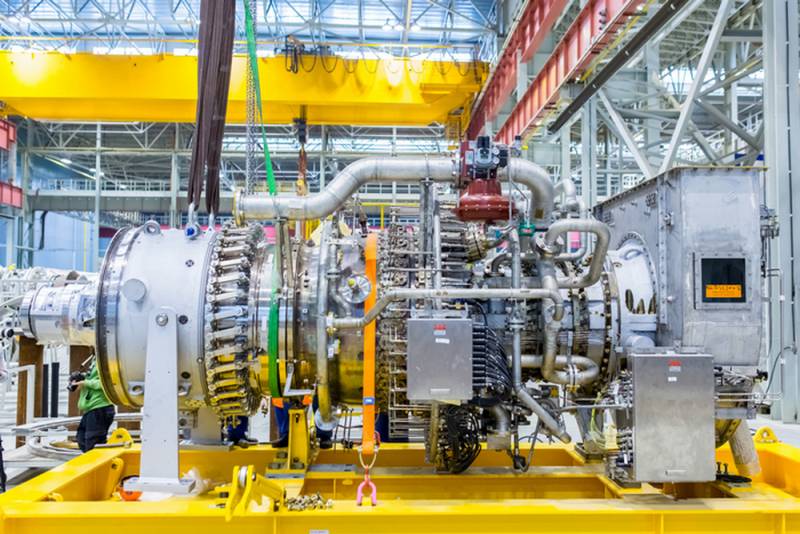 Despite all possible obstacles and sanctions, the repaired Siemens turbine was sent by Canada to Germany, which is going to transfer it to Russia. However, ambiguous statements were made from Moscow, which do not allow us to say with full confidence that the unit will be accepted on the side of the Russian Federation and installed in the gas pipeline.


Russian Gazprom continues to insist that it has not received the necessary documents from the Canadian side. And it's not about technical documentation, but on the procedure for exemption from sanctions, which allowed the turbine to be returned from repair. By and large, Ottawa should not provide such a “report” to a party that has not been specified as a host. Yes, and Gazprom can demand from the contractor, that is, from Siemens Energy. In addition, it was logical to expect a request specifically for a report on the quality of the repair of the unit in the light of the statements of Russian President Vladimir Putin, who suggested that the machine would arrive with intentional defects in the design due to the fact that Canada, as a country producing hydrocarbons, is a competitor of the Russian Federation.

Of course, no response was received from Canada even to the second request of the holding, as the company's representatives wrote about in their official telegram channel.

We asked again and again received no response. These guarantees will be useful in the subsequent repair of other gas compressor units of the pipeline
- said in a statement.

In this case, the illogicality of the request turning into a demand is obvious. They ask for the wrong documents, not from the authorized side. It is expected that there will be no response. The West, in this case, draws an unambiguous conclusion that Russia does not want to accept the repaired turbine to ensure the launch of the gas pipeline at full capacity, and the arguments about “guarantees” are perceived as a bluff that hides the stretching of terms and behind-the-scenes games.

In any case, you can accept the already shipped turbine, put it into operation, and then ask for guarantees for long-term service during the period of sanctions, but not refuse what was provided despite the resistance of the US and EU Russophobes.

Despite the fact that upon completion of the repair and maintenance work, Nord Stream will be launched, most likely, it will operate at an even lower capacity than it was before it was shut down for maintenance. That is, the work of the highway will be purely nominal. The main thing is that Gazprom should accept the turbine and put it into operation without referring to legal "incidents" that do not particularly interfere with the physical operation of the pipeline. Otherwise, Germany's "goodwill gesture" will be limited to one episode, since Ottawa handed over the unit to Berlin, which, in turn, agreed to voluntarily send it to the Russian Federation.

This is an exceptional case in the era of total anti-Russian sanctions. In the future, it may not be repeated due to the strange legal claims of the Russian side. However, if Gazprom decided to finally leave the European energy market, then the opportunity to save face, most likely, looks like this.
Reporterin Yandex News
Reporterin Yandex Zen
25 comments
Information
Dear reader, to leave comments on the publication, you must sign in.