A new phase in the construction of Nord Stream-2 begins

October 7 2018
0
According to Nord Stream 2 AG, the leading company in laying the Nord Stream-2 pipeline, a new construction phase is now beginning. In the territorial waters of Germany, the Audasia pipe-laying vessel will begin operation, the task of which will be the laying of pipes in the deepwater part of the water area. 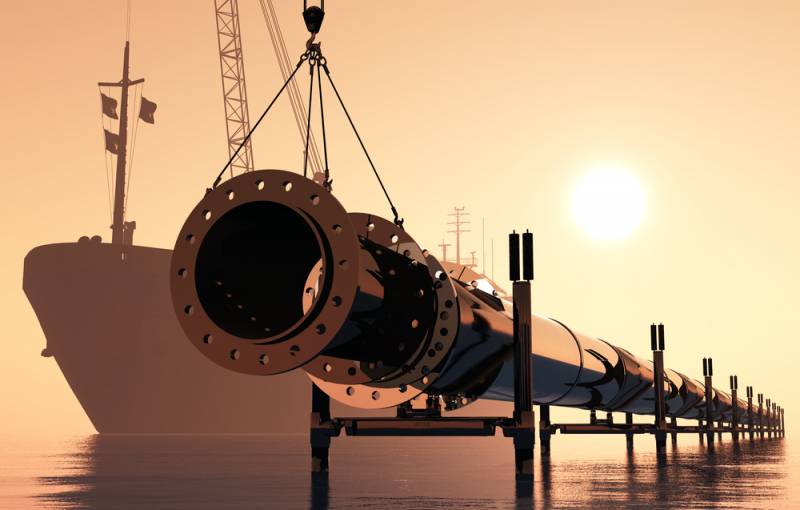 Now in this area already operates one vessel - Castoro Dieci (C10). The second vessel, Audasia, will begin laying pipes at the end point of a 30-kilometer trench at great depths. Two threads of the pipeline will be laid in the trench. After laying 38 kilometers of the pipe, the ship will return to the starting point and will lay the second thread.

It is expected that the work will be completed before the end of this year.

At the moment, the construction of Nord Stream-2 is taking place without delay, strictly on schedule. Two lines of the new pipeline will be laid through territorial waters and exclusive economic zones of Russia, Finland, Sweden, Denmark and Germany. At the moment, permission has already been obtained to lay pipes from all the listed states, except Denmark.

Among the opponents of the project are the USA, Ukraine, Poland, Latvia and Lithuania, which claim that it pursues exclusively political goals. Russia categorically disagrees with this point of view, emphasizing the economic benefits for European countries.
Ctrl Enter
Noticed oshЫbku Highlight text and press. Ctrl + Enter
We are
Germany will not wait for Denmark: Nord Stream 2 gas pipeline to be
Krymsky bridge: on the way to new records
Reporterin Yandex News
Read Reporterin Google News
Ad
We are open to cooperation with authors in the news and analytical departments. A prerequisite is the ability to quickly analyze the text and check the facts, to write concisely and interestingly on political and economic topics. We offer flexible working hours and regular payments. Please send your responses with examples of work to [email protected]
Information
Dear reader, to leave comments on the publication, you must sign in.