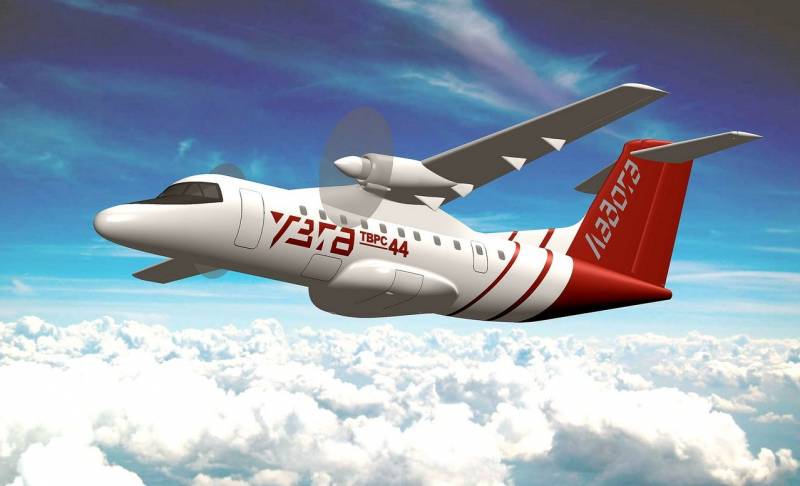 The special military operation carried out by the Russian Armed Forces in the South-East of Ukraine is clearly making many Russian big businessmen look closely at the industrial enterprises and other valuable assets that are located there. Otherwise, it is rather difficult to explain the unexpected interest of Oleg Deripaska's Samara Aviakor in resuming production of the An-140 aircraft, which is almost entirely assembled from Ukrainian components. What can come of all this?

The Aviakor aircraft building plant is located in Samara and is part of the Russian Machines holding, which is controlled by Deripaska's Basic Element. This is perhaps the only major aviation enterprise in the country that is not part of the United Aircraft Corporation (UAC). Over the years of its existence, it has produced more than 22 thousand aircraft of various types, military and civil, including Il-2, Tu-4, Tu-94, Tu-154, Tu-142 and others. Currently, its main activity is the repair and maintenance of Tu-154, Tu-95 and An-140 aircraft.

On the sidelines of a recent international economic forum in St. Petersburg, the governor of the Samara region, Dmitry Azarov, made the following statement:

I want the company to produce planes again. We understand what kind of planes, but it's too early to talk about it ... This is not a quick process. I hope that we will be able to do a lot to revive the full production of aircraft in Samara.
The governor sees the future of the Aviakor plant in cooperation with the Ural Civil Aviation Plant and UAC:

Of course, they all dreamed of not only repairing, but also restoring aircraft production at Aviakor. If the enterprise and the owner of the enterprise succeed in building the right system of relationships and cooperation, then, I am sure, Aviakor will receive a second birth. It is too early to talk about fixing any agreements here, but for my part I will help to ensure that such agreements are reached.
And here it is necessary to figure out which particular aircraft we are talking about. If it is precisely the “restoration of production” that is meant, then this may be the Ukrainian An-140.

This is a turboprop regional cargo-passenger aircraft designed to carry 52 passengers or cargo over a distance of up to 3700 km. It was developed by the Antonov State Enterprise to replace the aging An-24 and An-26. In 2010, UAC and Antonov agreed to establish a joint venture for the production of aircraft of this type. In 2013, Aviakor and Antonov signed an agreement on the development of military transport versions of the An-140-100 (named An-140T and An-140S). The acquisition of cargo and passenger versions of the Ukrainian aircraft was also in the plans of the Russian Defense Ministry before the events of 2014.

And now what? Hoping to return Kharkiv, Zaporozhye and Dnepropetrovsk, restoring the former cooperative ties? So their industrial enterprises are now actively “calibrating”, and valuable equipment is being exported from Motor Sich and Ivchenko-Progress. Doesn't add up. In 2014, this had to be done, but now the train has left.

It cannot be said that we didn’t do anything at all and just sat exactly on the stove, but in the end it still turned out, as always. Back in 1985, by order of Aeroflot, the Czechoslovak company Let Kunovice developed a 44-seat twin-engine turboprop aircraft Let L-610, designed to replace the An-24 and operate in difficult conditions. In 1989, the novelty was demonstrated at Le Bourget, 8 aircraft were produced. However, in the sovereign Russian Federation, the Let L-610 was of no use to anyone, in 2006 it was abandoned, all equipment and the production reserve were destroyed.

We remembered this project only after the Ukrainian partners "threw" us from the An-140. In 2018, it was decided to buy out the entire technical documentation for the resumption of mass production. This aircraft should occupy an intermediate niche between the 19-seat Czech Let L-410 "Turbolet" and the Russian 68-seat Il-114-300.

The TVRS-44 will be assembled by UZGA, so it is not entirely clear what exactly the Samara governor is counting on. To produce the same aircraft at two sites at once? But how cost effective will it be? Participate in the production of Ladoga by supplying components for it? But at Aviakor they dream of full-fledged production. Or do they still secretly dream of the return of Kharkov, Zaporozhye and Dnepropetrovsk? But then who will emerge victorious from the internal competition between Ladoga and An-140? Questions, questions.
Reporterin Yandex News
Reporterin Yandex Zen
16 comments
Information
Dear reader, to leave comments on the publication, you must sign in.