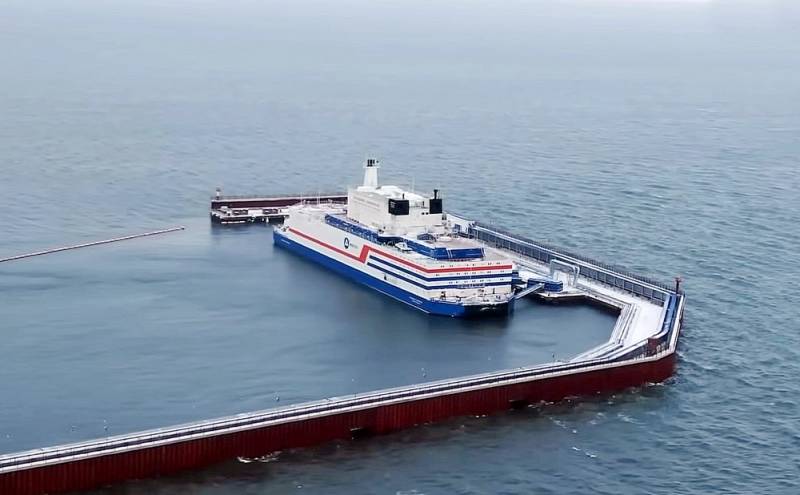 Russia has launched a project to develop the Baimskoye ore deposit. Soon the construction of the GOK will begin here, for the operation of which, of course, a lot of electricity will be required.


Initially, it was planned to solve the problem of supplying the facility with electricity through floating LNG power units. However, this undoubtedly successful and profitable option had to be abandoned, since turbines would have to be purchased from Siemens for the above-mentioned power units.

However, the alternative in the form of floating nuclear power units, for which the construction of port infrastructure has already started in Chukotka, if you look at it, is a much more profitable option.

Firstly, the aforementioned AES will operate on the basis of the latest domestic nuclear reactor RITM-200M and will not depend on foreign components, which is extremely important in the context of total sanctions.

Secondly, a floating nuclear power unit, like a ship, can be fitted to almost any shore. Consequently, in the near future, Russia will be able to use these units not only for its own needs, but also to lease them to other countries. In the context of the coming crisis in the energy market, our PAE will undoubtedly be in high demand.

At the moment, four floating power units with a total capacity of 318 megawatts are planned to be built to supply Baimsky GOK with electricity. To accommodate them in Chukotka, they have already begun to build port infrastructure.