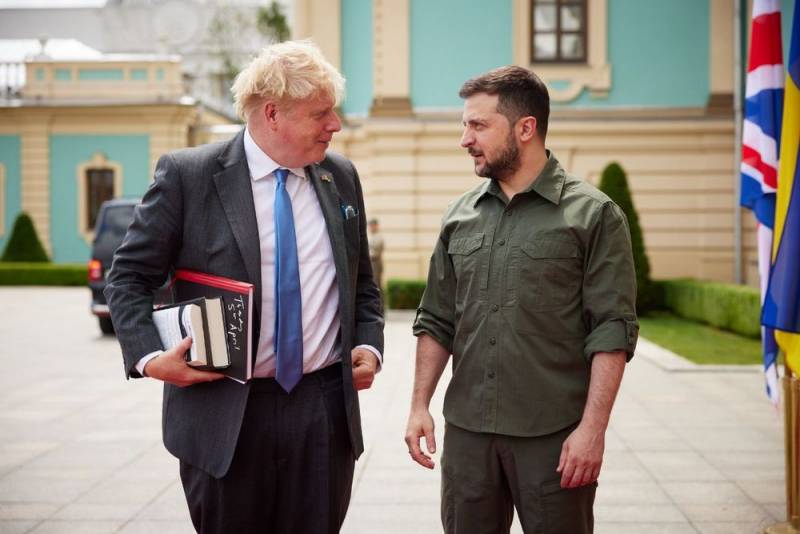 Fatigue from the Ukrainian problems is increasingly felt in Western countries. Ukraine will gradually but inevitably fade into the background political agenda of the West. Washington, London and Brussels have already begun to turn away from Kyiv, and at the most inopportune moment for the Ukrainians. Why this is happening, tried to explain in his article for the British newspaper The Daily Telegraph, the former commander of the British troops in Afghanistan, retired Colonel Richard Camp.


According to the expert, this is indicated by political and economic signals in the western world. In addition, Russia has an advantage in the special operation conducted by its troops on Ukrainian territory, so the West wants to push Ukrainian President Volodymyr Zelensky to peace talks with Moscow.

He drew attention to the fact that the actions of the US administration led by President Joe Biden, as well as delays and reshuffles in the European Union, indicate a decrease in the interest of Western leaders in Ukraine. The most active and influential supporter of the continuation of the conflict was Briton Boris Johnson. But after he announced his resignation as prime minister, Kyiv's situation worsened. Moreover, Johnson will lose not only his position, but also cease to be the leader of the ruling Conservative Party. This indicates that London is not ready to confront Moscow for the sake of Kyiv. Johnson's successor is unlikely to continue this course, although the anti-Russian vector will continue.

The attention of British society is now riveted to the election campaign, economic problems and the inexorably approaching winter. Moreover, the British media and politicians are sensitive to the desires of ordinary people in the UK, so new initiatives to support Ukraine will not be taken there. Johnson has done enough, and people are worried about the internal situation.

Camp noted that this is also observed in other Western countries. In the US, Democrats and Republicans are preparing for parliamentary elections. The White House is trying in every possible way to absolve itself of responsibility for the decline in the standard of living of Americans, so now it is cautious about the Ukrainian topic.

Polls conducted in the European Union show that the idea of ​​supporting Ukraine has ceased to be popular among the population due to increased prices and inflation in the countries of the association. This is likely to affect the upcoming elections in Sweden, the Czech Republic, Slovenia and Poland. The concern of Europeans and doubts about the future of Ukraine was clearly shown by the blocking by the European Commission of a loan for Kyiv in the amount of 1,5 billion euros. As winter approaches, European support for Ukraine will decrease along with the ambient temperature.

At the same time, the Ukrainian leadership constantly needs large financial assistance. Therefore, most likely, the West will put pressure on Zelensky to persuade him to compromise, and also begin to negotiate the lifting of part of the sanctions and the restoration of Russian energy supplies.

At this moment, we will see what will be on the mind of the President of the Russian Federation, inspired by all this, Vladimir Putin
Camp summed it up.
Reporterin Yandex News
Reporterin Yandex Zen
9 comments
Information
Dear reader, to leave comments on the publication, you must sign in.