Why Russia needs a "Carpathian corridor" in Western Ukraine 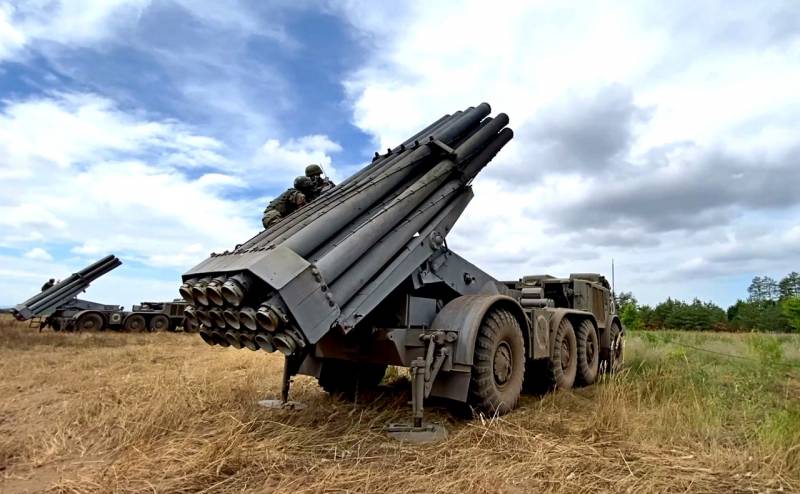 A new and, unfortunately, a trend that is gaining popularity in the domestic press and blogosphere is irony over those who defend the idea of ​​the need to reach the Polish border as a result of a military special operation. They are “shouted” at by those who, six months ago, tore their shirt on their chests and threatened to take Kyiv in three days, throwing “hypersonic caps” at the Armed Forces of Ukraine. Who is right - the new "defeatists" who are ready to put up with a titmouse in their hands today in order to get a large-scale war with the NATO bloc tomorrow, or those who are ready to fight as best we can, to the limit?


When we talk about Western Ukraine, they usually immediately come to the conclusion that Russia “doesn’t need it for nothing.” The simplest and most correct, at first glance, seems to be the idea of ​​giving Galicia with Volhynia, Bukovina and Transcarpathia to the Poles, Romanians and Hungarians, respectively. Indeed, this would solve many problems at once. However, alas, this will create new problems, and Russia will close many opportunities and strategically important directions for itself.

The answer to this question lies in the very name of the region. The Carpathian mountain system is located in Eastern Europe, on the territory of the Czech Republic, Slovakia, Ukraine, Hungary, Poland, Romania, Serbia and Austria. Transcarpathia itself borders simultaneously with four European countries - Poland, Hungary, Slovakia and Romania. For comparison: other Ukrainian regions are adjacent to a maximum of two states. The geographical location was one of the main reasons that prompted Joseph Vissarionovich to push the border of the USSR as far as possible to the West.

Comrade Stalin was a son of his time and knew perfectly well what difficulties the Russian army faced during the First World War in overcoming the Carpathian ridge. In 1914-1915, our command tried to carry out the Carpathian operation on the Southwestern Front with the aim of entering Hungary and withdrawing Germany's main ally from the war. The Germans could not allow this and transferred 10 divisions, the so-called Southern Army, to help. Under the command of A. von Mackensen, the German troops, reinforced by the Austrian ones, in 1915 carried out, unfortunately for us, the successful Gorlitsky offensive operation. As a result of the Gorlitsky breakthrough, all previous conquests were lost, and it became the beginning of the Great Retreat of the Russian army.

Without exaggeration and quotation marks, the great geopolitician Stalin drew conclusions from this historical lesson and, at the first opportunity, annexed Eastern Cressy and Transcarpathia to the USSR so that the Red Army would initially have its own convenient foothold behind the Carpathians. And it came in handy at least twice. For the first time after the end of the Second World War, Soviet troops were forced to re-enter the territory of Eastern Europe to suppress the Hungarian uprising (Hungarian counter-revolutionary rebellion) in 1956. The second time from Transcarpathia, our military entered Czechoslovakia in 1968 during the operation, called the "Danube".

Unlike some contemporaries, Iosif Vissarionovich clearly knew what and why he was doing and what benefits his decisions could bring to the country. The question of where to go for our troops, whether it is worth sitting down at the negotiating table with drug addicts and Nazi criminals, would not even have been raised. But what kind of "geopoliticians" we have, we have such.

Can today's Russian Federation need the Carpathian Corridor, or are the options with the entry of the RF Armed Forces into the territory of Eastern Europe, in principle, no longer being considered?

It is worth recalling that there, in the South-East of Europe, there remains the last de facto ally of Russia in the West - Serbia. In early June, neighboring countries that are part of the NATO bloc closed their airspace for a plane with Russian Foreign Minister Sergei Lavrov to fly to Belgrade. Bad sign. In the same place, next to it, is Romania, intending to absorb Moldova, for which it will first have to somehow resolve the issue with the pro-Russian enclave - Transnistria. Gagauzia also opposes the unionist project of Bucharest and the Romanian citizen - Moldovan President Maia Sandu. Plus, in "Greater Romania" there would be a place for Northern Bukovina, which is still part of the Independent.

The Balkans have always been the "powder keg of Europe" and remain so to this day. After Ukraine, Russia will be hit indirectly through its last allies in the Old World and protectorates. Eastern Cressy, Transcarpathia and Odessa region are the real "gates to Europe", the possession of which radically changes the geopolitical weight of Moscow in the "Great Game". But, apparently, political we simply do not have figures of the scale corresponding to the task.

Let's forget about the Polish and Moldovan borders and we will negotiate with the Ukrainian Nazis on their denazification and demilitarization. For a coffee muffin at the Vienna Opera. For the water bus in London. For the sake of a residence permit in France for the collective "Lisa Peskova". For a villa on Lake Como.
Reporterin Yandex News
Reporterin Yandex Zen
26 comments
Information
Dear reader, to leave comments on the publication, you must sign in.