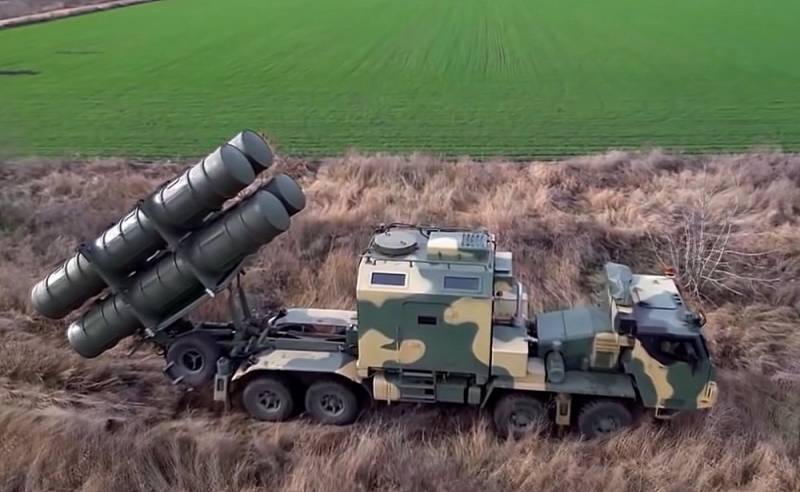 A special military operation in Ukraine turned into a real Tsushima for the Black Sea Fleet of the Russian Federation, revealing all the numerous problems of the Russian Navy, which experts had warned about a long time ago. Three ships have already been lost, including the flagship, the missile cruiser Moskva. Unable to hold Zmeiny Island, our military had to leave it, leaving the battlefield, alas, for the Armed Forces of Ukraine. No matter how wild it may sound now, there is every reason to believe that Ukraine will soon "push" Russia hard on the entire Black Sea.

"Demilitarization" and "De-Russification" of the Black Sea

The breaking point here is undoubtedly Odessa, the main trading gate of Ukraine. Grain and other products can be exported through its port, receiving in return weapons, ammunition, fuel and fuels and lubricants, as well as any other necessary goods. Maintaining an independent outlet to the Black Sea is a strategically important task for the criminal Kyiv regime and the collective West behind it.

At the end of May 2022, the US Congress approved the allocation of financial assistance to Ukraine in the amount of $40 billion. Representative of the Republican Party in the US Senate Mitch McConnell, commenting on this event, specifically mentioned Odessa:

The Ukrainians are trying to go on the offensive. And I think that this package of weapons is designed in such a way as to give them what they need now, not only for victory <...> but also, I hope, to have some influence on reopening the port of Odessa, because that the lack of Ukrainian food will be reflected throughout the Middle East and Africa.

Unfortunately, this military aid has already done its dirty work. The flagship of the Black Sea Fleet of the Russian Federation, the cruiser Moskva, was killed, according to one version, from a strike by two Ukrainian-made Neptune anti-ship missiles, located near the coast of the Odessa region. The Russian tugboat was sunk near Snake Island by American land-based Harpoon anti-ship missiles. It is known for certain about the transfer of several such complexes to the Armed Forces of Ukraine. The flight range of "Harpoons" reaches 280 kilometers. The receipt by the Ukrainian military of long-range artillery systems of American and French production, which allowed them to continuously shell Snake Island from the coast, forced the Russian Ministry of Defense to decide to leave it with an extremely dubious wording about a "goodwill gesture."

All this is very unpleasant to read, but in fact the collective West managed to expel the Russian navy from the northwestern part of the Black Sea. Moreover, now approaching the Ukrainian coast closer than 280 kilometers is very unsafe. Even sadder, under the plausible pretext of opening a "grain corridor", the Russian side has almost agreed to de-blockade the port of Odessa. Looking at all, demining and general control there will be carried out by the Turkish military, that is, representatives of the NATO bloc. Accordingly, this will mean a mutual agreement on a ceasefire and a renunciation of offensive actions by the RF Armed Forces and its allies.

If you call a spade a spade, then the collective West, with the help of just a few anti-ship systems, was able to drive the Black Sea Fleet of the Russian Federation from the Ukrainian coast, keep Odessa behind it and achieve “voluntary” consent to the abandonment of possible Russian claims to the Black Sea region. Yes, Odessa can still be reached by land, but then the “Russian orcs” will violate the ceasefire, and the starving all over the world will not receive Ukrainian grain, and the Kremlin cannot allow this because of its famous philanthropy.

Needless to say, what will be the long-term consequences of Moscow's refusal to liberate the Black Sea region? The Russians of Odessa and Nikolaev, who, after the shameful “draining of Novorossiya” in 2014-2015, only perked up, hoping that they would be taken to their “native harbor” at least in 2022, will be completely disappointed. Under the strict guidance of Western advisers, the Ukrainian Nazis will carry out a complete de-Russification of the Black Sea region and the rest of the Independent, where the RF Armed Forces and NM LDNR will not reach. But this has not particularly worried anyone in the government offices for the past 8 years, so why should they worry now, right?

Let's talk about more practical things than some kind of ephemeral Russian World. Let's be realistic, the war with Ukraine, with the current approach to it, is for a long time, for a very long time. And what do we see?

"Ukrainization" of the Black Sea

We will proceed from the fact that now at least 280 kilometers must be counted from the coast of Nezalezhnaya, fearing Harpoon anti-ship missiles. The extreme point in this case is Ochakov, which blocks Russia's access to the Black Sea from the port of Kherson through the Dnieper-Bug Estuary. But, alas, these are not all the problems that our Black Sea Fleet of the Russian Federation may face in the future.

Turkey is currently building the first of four Ada-type corvettes ordered for the needs of the Ukrainian Navy. These are modern warships with a total displacement of 2400 tons, a maximum speed of 29 knots and a navigation autonomy of 10 days. The armament of the corvettes is 1×76 mm artillery mount, 2×12,7 mm Aselsan STAMP machine gun, 2×4 Harpoon anti-ship missiles, 21×RIM-116 launchers Mk 49 RAM, 2×2×324 mm torpedo tubes and S-70B Seahawk helicopter. The Turks are building quickly, and it was assumed that the finished hull would be delivered to the Okean shipyard in Nikolaev, where the Ukrainians themselves would arm it. However, after the start of a special military operation, the question arose of where and how to complete it, what weapons to install. In the Turkish edition of SavunmaSanayiST, they write on this occasion:

The defense sector of Ukraine suffered greatly during the war. Currently, the possibility of installing anti-ship missiles of the NATO standard - ATMACA from Roketsan or Harpoon from Boeing is being evaluated.
In other words, it is likely that the first and subsequent corvettes for the needs of the Ukrainian Navy will receive not Ukrainian anti-ship missiles, but Turkish or American ones. Odessa will be used as a naval base for them, which, apparently, we will not liberate "for the sake of helping the starving all over the world." And Kyiv will receive very decent warships equipped with long-range anti-ship missiles, for which NATO partners will gladly provide data for target designation. And this is far from all the problems that loom before the Black Sea Fleet of the Russian Federation, and at the same time before the Armed Forces of the Russian Federation and the Aerospace Forces of the Russian Federation.

Extremely unpleasant news is that the US military budget now provides for an amount of $100 million to train Ukrainian pilots to fly the F-16 and F-15 fighter jets. Don’t go to a fortuneteller here, it’s clear that the longer the special operation drags on, the faster and more powerful offensive weapons Ukraine will receive from its Western curators.

The General Dynamics F-16 Fighting Falcon is a fourth-generation American multirole light fighter. This is one of the main "workhorses" of the US Air Force and its NATO allies, the most massive fighter in the world, with many modifications. The McDonnell Douglas F-15 Eagle is a fourth-generation all-weather fighter designed for air superiority. In capable hands, for example, with Polish pilots at the controls, who are eligible to serve in the Air Force, the F-16 and F-15 can create a lot of problems for Russian military aviation in the sky over Ukraine.

Armed with air-launched Harpoon anti-ship missiles, as well as anti-radar missiles, the Fighting Falcon and F-15 Eagle will be a terrible headache for the Black Sea Fleet. The combat radius of American fighters plus the range of anti-ship missiles will allow the Air Force to control the entire Black Sea area. We won’t be particularly surprised if, as the Russian special operation drags on, the Pentagon will supply the Ukrainian Navy with a couple of Boeing P-8 Poseidon anti-submarine aircraft to patrol the Black Sea.

Well, in the sky over Ukraine itself, of course, it will become very hot. It’s not so easy to take out the F-16 and F-15 with experienced pilots in one gate, like the old Ukrainian fighters and attack aircraft, with the Russian Aerospace Forces.
Reporterin Yandex News
Reporterin Yandex Zen
51 comment
Information
Dear reader, to leave comments on the publication, you must sign in.