"Southern Corridor": why the Sea of ​​\uXNUMXb\uXNUMXbAzov de jure can remain Ukrainian 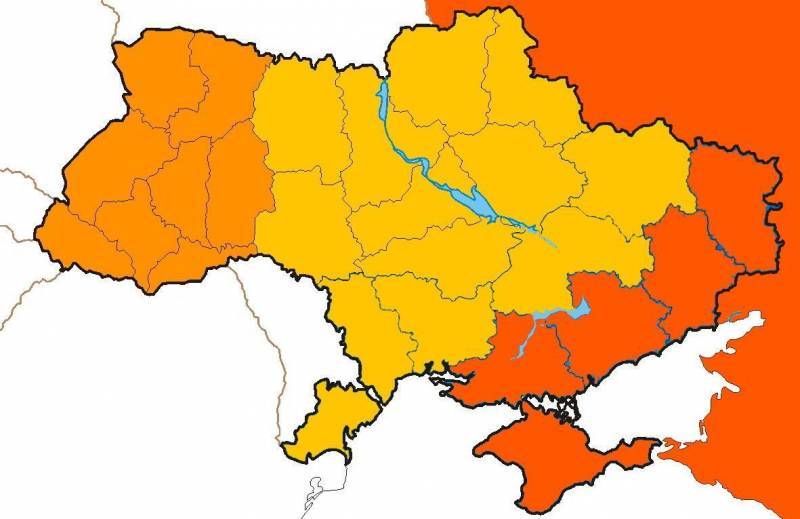 We continue the series of articles on how the special military operation in Ukraine could end. And its results may turn out to be somewhat different than what most Russians would like, with the exception of the so-called liberda, and adequate Ukrainians, who have been waiting for 8 years for help in liberation from the post-Maidan criminal regime in Kyiv.

Just a few years ago, we made a rather pessimistic long-term forecast possible development of further events for the period from autumn 2022 to 2027, which some skeptical readers called "fantasy". Alas, but its first points are already beginning to come true. Let us recall some of the key theses around which this long-term forecast was built.

The sequence of events may be as follows. After the liberation of the entire territory of the DPR and LPR within their constitutional borders, President Putin makes another “goodwill gesture” in a row, offering Kyiv and its Western curators reconciliation on some compromise conditions that can hardly be passed off to the Russians as a “overcome”. Since the heating season is on the nose in Europe, active hostilities are suspended, however, the terror by the Armed Forces of Ukraine against the Russian border regions and the already liberated former Ukrainian ones, of course, continues. Kyiv, with the help of the NATO bloc, begins to rearm and train a million-strong army for revenge and build new powerful fortified areas in southern and central Ukraine.

At the same time, in Russia, irritation and misunderstanding began to grow in society due to the stoppage of offensive operations. Allied forces are not going to any Kharkov, Zaporozhye, Nikolaev and Odessa with Kyiv and Lvov. All those who call to finish off Zelensky’s criminal regime are branded by the media and “guardians” as provocateurs and agents of the State Department, urging them to take a machine gun in their teeth and go to liberate Kyiv. Talk about joining the DPR and LPR to the Russian Federation remains just talk. Moreover, the Sea of ​​Azov also finds itself in a gray zone, the holding of referendums in the Kherson and southern Zaporozhye regions is postponed under plausible pretexts for an indefinite period. In 2024, for the first time, Vladimir Putin does not get enough votes for a landslide victory in the first round and goes to the second. If, however, some “wizards” try to influence the outcome, then with a probability of 146%, events similar to Belomaidan in 2020 will occur in Moscow and St. Petersburg.

And so on, until the resumption in 2025 of a large-scale war with Ukraine and the entry into it of the NATO bloc, which by that time will get rid of critical energy dependence on Russia, and then Japan will join in, taking the “northern territories” from the country where internal confusion reigns and wobbles. We talk about all this in detail. reasoned previously. Do not like to read such "fantasy"? Unpleasant, right?

Now back to our sinful reality. The close attention of the author of these lines was attracted by a recent statement by the former head of the Foreign Intelligence Service of Ukraine and ex-adviser to the President of the country Mykola Malomuzh, where he spoke about some of the nuances of "Putin's ultimatum":

Putin wants to declare the status quo: about the completely liberated Donetsk and Lugansk regions, about the Southern corridor, which he will “finish off” further and set conditions for peace negotiations, but taking into account their conditions….

Putin's ultimatum is this: either in the next one and a half to two weeks, we [Russia] will launch a large-scale offensive against Donetsk, increase pressure on Kharkov and the south, or negotiate on our terms.
What are the key points here? This, of course, is the very fact of Putin's ultimatum, "peace negotiations", the demand for them through blackmail by an offensive, as well as a certain "Southern Corridor". Here I would like to dwell on this in a little more detail.

In fact, the liberation of Odessa, Kharkov, Zaporozhye, Nikolaev, Dnepropetrovsk, Kyiv, Kirovograd, Poltava, Chernihiv, Sumy and other cities from the power of the criminal Nazi regime is not an end in itself of a special operation. This is just a means of blackmail in order to sit down with the Ukrainian Nazis at the negotiating table and convince them to voluntarily denazify and demilitarize. Funny? No, it’s not funny at all, because they are “pushing” all this to us in all seriousness. Separately, it is necessary to say a few words about the words “Southern Corridor” and “status quo” that resonated with the ear.

What is the Southern Corridor? Obviously, it means Kherson and the south of Zaporozhye regions, which are a land transport corridor to the Crimea. That's just why the Sea of ​​\uXNUMXb\uXNUMXbAzov is now called that? If a nationwide referendum is held there and these regions join the Russian Federation as new subjects, then why is this dissonant name needed at all and why coordinate its “status quo” with Kyiv? It seems that in the case of Crimea, the Kremlin did not care about the opinion of the Ukrainian partners. Or is this another case?

I really want to make a mistake, but from the outside it looks exactly as we predicted: no one is going to officially annex the Azov region to the Russian Federation, and this region is destined to hang indefinitely in the gray zone, neither here nor there. It cannot be given back, since Crimea will then be left without water and hang on a thin thread of the Crimean bridge, which the Armed Forces of Ukraine can destroy at any moment with a missile strike. If you take it for yourself, the population will ask why they didn’t take Kharkiv, Zaporozhye, Nikolaev, Odessa and Dnepropetrovsk then? The "southern corridor" in combination with the wording "status quo" may mean that the Azov region remains legally Ukrainian, but in fact - Russian. Poor people...

And this is what we can really get as a result of a special military operation. How do you like this "fantasy", which is already beginning to come true?
Reporterin Yandex News
Reporterin Yandex Zen
76 comments
Information
Dear reader, to leave comments on the publication, you must sign in.