Russian turbine for Nord Stream is splitting Canada from within 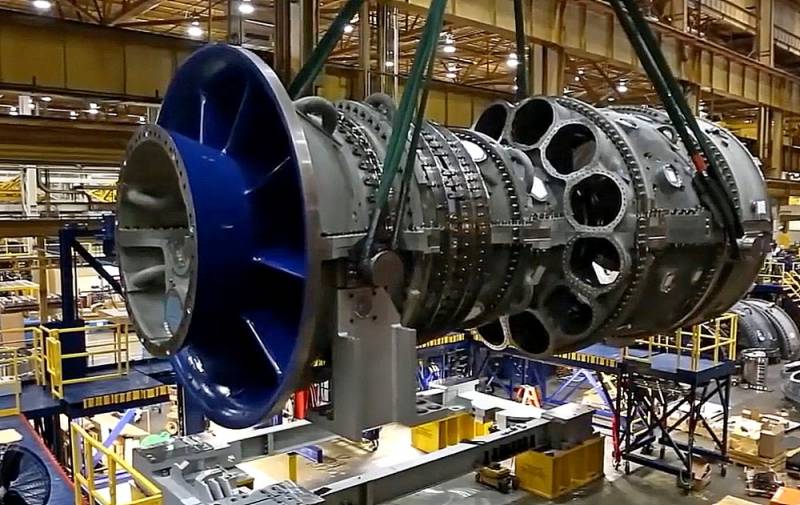 The delay in the return by Canada of the repaired turbine for the Nord Stream gas pipeline, which received permission for transportation to Europe, has found its explanation. The decision of the Ministry of Internal Affairs of this state was suspended, and its execution is postponed indefinitely. Ottawa's approval of Germany's request for help in resolving the gas crisis caused serious indignation within Canada itself, which is why local parliamentary forces intervened in the matter. The legislators wished to check the legality of the lifting of sanctions in a particular case and urged those responsible to explain the motives for this action.


It all started with the fact that in order to address the internal political crisis and misunderstanding on the part of the allies, the Foreign Affairs Committee of the Parliament of Canada will hear reports from ministers and diplomats in order to try to understand the reason why the state government decided to return the turbines for the Russian Nord Stream gas pipeline to Germany.

In fact, Canadian Prime Minister Justin Trudeau also supported the decision. Therefore, it will not be possible to understand the full motivation for the adopted controversial document on the lifting of sanctions just by hearing his subordinates. However, parliamentarians do not yet want to aggravate the split in political environment and were limited to "call on the carpet" of junior representatives of the government.

Most recently, the head of Ukraine, Volodymyr Zelensky, had a conversation with the leadership of Canada and said that he would never accept Ottawa's decision to transfer a turbine for Nord Stream in circumvention of sanctions. According to the President of Ukraine, the implementation of the decision to return the unit will have too serious consequences.

Either way, Canada is in a sticky situation. The presence on its territory of a gas pumping unit intended for the Russian pipeline generates political instability and indignation, even abroad. If the turbine is returned, Kyiv and Washington will remain dissatisfied. If the decision is reversed, partners in Europe, especially in Germany, will suffer.

The initiative of the parliamentarians shows the ambiguous situation in the country, which has developed from within. A meeting of legislators will not bring a simple decision, any conclusion or outcome will leave behind a trail of dissatisfied people both within the state and outside it. The best way out in this case would be to hand over the repaired unit to the customer as soon as possible, as provided for in the repair contract. But Canadian officials are themselves entangled in their own sanctions and cannot decide what is more important to them: the image of the collective West or the security and well-being of Germany.

However, some media reported that the turbine had already been sent to Germany by plane, and not by sea, as previously planned. Then they plan to deliver it via Finland by ferry to Russia. It turns out that the parliamentary hearings are too late or will be aimed at preventing the repair of other units for the Russian gas pipeline.
Reporterin Yandex News
Reporterin Yandex Zen
4 comments
Information
Dear reader, to leave comments on the publication, you must sign in.