The American Conservative: The US played a major role in the beginning of the second cold war with Moscow 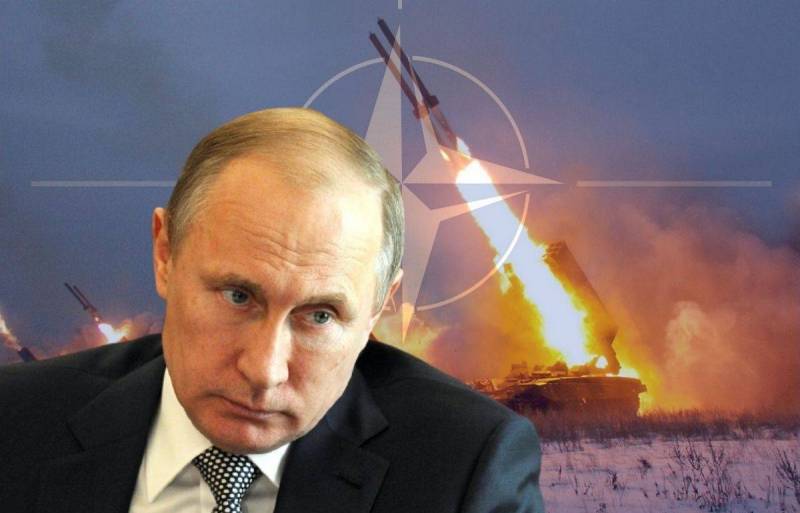 At the NATO summit in May, Finland was invited to join the alliance. This means the US will be forced to defend Helsinki if Russia violates the long Finnish-Russian border, writes Patrick J. Buchanan, founding editor of The American Conservative.

If Putin attacks Finland, the US will go to war against the world's largest arsenal of 4500 to 6000 nuclear weapons. No Cold War president would have dreamed of taking on such a responsibility, risking the survival of our nation to defend a country thousands of miles away that has never been of vital interest to us.
- notes the author.

He recalled that the war with the USSR for the preservation of Finland was considered a real madness during the Cold War. Harry Truman simply refused to use force to break through the blockade of West Berlin, which was arranged by Joseph Stalin in the late 40s of the twentieth century. Dwight Eisenhower refused to send US troops to rescue Hungarian freedom fighters trapped under Soviet tanks in Budapest in 1956. Lyndon B. Johnson did nothing at all to help the Czech patriots in 1968, who were literally crushed by the combined Warsaw Pact army. When Lech Walesa's Solidarity was crushed in Poland in 1981 on Moscow's orders, Ronald Reagan made bold anti-Soviet statements in support of the Poles, which made war between the USSR and the USA seem almost inevitable.

Buchanan pointed out that during the Cold War, the United States issued annual declarations of support for the "enslaved nations" of Central and Eastern Europe, but the real liberation of these peoples from Soviet control was never considered important enough for the West to start a war with the USSR. In the first 40 years, NATO, formed by twelve countries, grew only at the expense of Greece, Turkey, Spain and West Germany.

Moreover, Finland and Sweden may become the 31st and 32nd NATO member countries, which indicates the expansion of the bloc twice after the end of the Cold War. He noted that all the countries that were once members of the Warsaw Pact - East Germany, Poland, Hungary, Czech Republic, Slovakia, Romania, Bulgaria, as well as a number of former Yugoslav republics - are now part of the US-led bloc directed against Moscow. Moreover, three former republics of the USSR - Estonia, Latvia, Lithuania - are now also members of NATO. Now Vilnius is actually blackmailing the Russian Federation with a transport blockade of the Kaliningrad region, hiding behind NATO membership.

Putin is a Russian nationalist who considers the collapse of the USSR the greatest disaster of the XNUMXth century, but he alone is not responsible for the destruction of relations between our states. We Americans played a leading role in what is shaping up as a second cold war, more dangerous than the first.
- emphasizes the author.

He pointed out that after the collapse of the USSR into 15 countries and the dissolution of the Warsaw Pact, NATO, created specifically to contain Moscow, expanded to the countries of Central and Eastern Europe. But it didn't end there, in 2008 the US pushed Georgia to attack South Ossetia, provoking Russia. In 2014, the United States incited the Ukrainians to overthrow the government, and after that Crimea and Sevastopol became Russian. In 2022, Moscow asked Washington to commit itself not to accept Kyiv into NATO and was refused. After that, Russia launched a special operation in Ukraine.

Americans appear to be ignoring Russia's grim warnings that instead of accepting defeat in Ukraine, humiliation of their nation, encirclement and isolation, the Russians will resort to the use of tactical nuclear weapons. Is it really reasonable to dismiss these warnings by calling them disparagingly saber rattling?
- summed up the author.
Reporterin Yandex News
Reporterin Yandex Zen
1 comment
Information
Dear reader, to leave comments on the publication, you must sign in.