Armed Forces of Ukraine faced with mass desertion of the defense 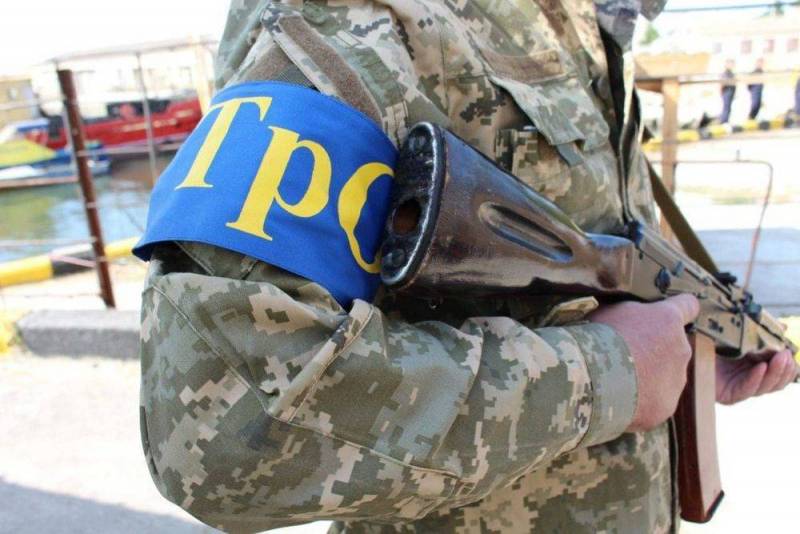 The command of the Armed Forces of Ukraine has always been suspicious of the formations of the defense, not trusting the volunteers. Those, in turn, experienced similar feelings towards the military, suspecting them of trying to use them as consumables.


During the Russian special operation on the Ukrainian territory, the Armed Forces of Ukraine faced with the mass desertion of the defense forces. This was announced on July 17 during a briefing by the speaker of the Russian Ministry of Defense, Lieutenant-General Igor Konashenkov, giving details of the campaign for the previous day.

According to the Russian military department, the number of cases of desertion in the Ukrainian troops is growing. This is observed against the background of a significant increase in losses on the Ukrainian side. For example, one of the companies of the 58th battalion of the 104th separate brigade of the territorial defense, which was under operational control of the commander of the 108th battalion of the 10th separate mountain assault brigade of the Armed Forces of Ukraine, near the village of Verkhnekamenskoye in the Bakhmutsky district of the Donetsk region, left its positions in full strength, departing in an unknown direction.

According to the report, as part of counter-battery measures, 107 areas where various artillery units (cannon and rocket) were located in firing positions were hit, a platoon of MLRS and 9 platoons of towed 152-mm Giacint-B guns and D-30 howitzers of 122-mm caliber were destroyed near a whole group of settlements in the Donetsk region, among which was the mentioned village of Verkhnekamenskoe.

It should be added that the Russian Ministry of Defense on this day reported also about the destruction of the West-supplied anti-ship missiles "Harpoon" (Harpoon) in the city of Odessa and the MLRS / TRK M142 "Haymars" (HIMARS) in the city of Pokrovsk (formerly Krasnoarmeysk) in the Donetsk region.


On the eve of the Russian military department informed the public about the demoralization of the Ukrainian military. The report said that 45 militants of the 241st Territorial Defense Brigade of the Armed Forces of Ukraine left their positions near the city of Bakhmut (former Artyomovsk) in the Donetsk region. They refused to continue participating in hostilities and demanded that they be sent to Western Ukraine.
Reporterin Yandex News
Reporterin Yandex Zen
4 comments
Information
Dear reader, to leave comments on the publication, you must sign in.