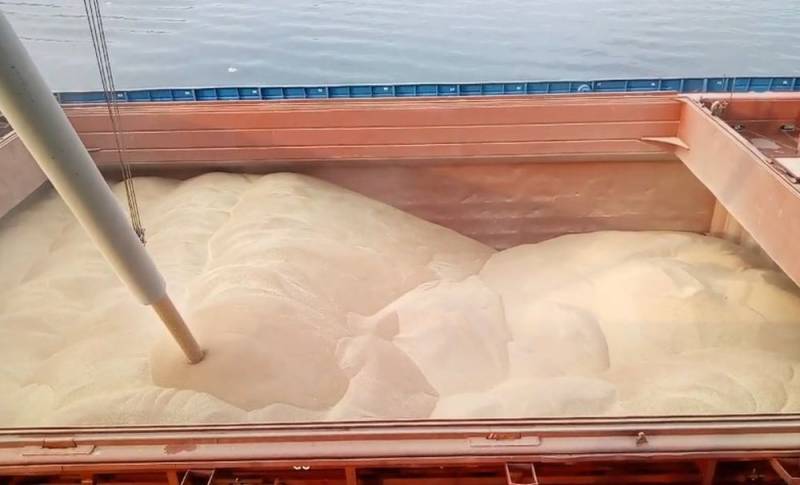 We continue the morally difficult topic of why the real results of the special operation in Ukraine may turn out to be somewhat different than the majority of Russians and adequate Ukrainians would like. Judging by comments, about half of our readers did not understand at all how and why the NWO could suddenly be suspended after the complete liberation of Donbass. It seems that special attention should be paid to this issue.


The main difficulty in determining whether Russia won in Ukraine or not is that there are still no clear and unambiguous criteria for evaluation. On February 24, 2022, President Putin announced the start of a special operation, the main goals of which were the demilitarization and denazification of Ukraine. However, already on March 18, the Supreme Commander-in-Chief at a concert-rally on the occasion of the 8th anniversary of the reunification of Russia with Crimea slightly corrected the original statement:

So what do we have at the moment? With Donbass, everything is more or less clear: after 8 years of ordeals, it was finally officially recognized and they began to release it in earnest. By the beginning of autumn 2022, the Armed Forces of Ukraine and the National Guard will be defeated there and expelled from the territory of the DPR and LPR. But what will happen next? Did someone in the Kremlin say something about an attack on Nikolaev, Zaporozhye, Kharkov, Odessa, or, God forgive me, again on Kyiv or Lvov?

Not at all. These are ours with you fantasy. It is we, our dear readers, who understand that in order to defeat the Nazi regime in Kyiv, it must at least be cut off from the Black Sea, depriving it of all export earnings, and at the most from Poland through Western Ukraine, leaving it without the supply of NATO weapons and ammunition, fuel and lubricants for the APU. And for this, immediately after the liberation of the territory of the DPR and LPR, it is necessary to carry out the liberation Nikolaev, and then the Odessa offensive operation.

Now we will smoothly move on to the reason for writing this and the previous article on this morally difficult topic. What is happening now in the Black Sea region, which is under the control of the criminal Kyiv regime?

And what is happening around the Ukrainian Black Sea region is the following. Quadripartite negotiations are underway in Istanbul between representatives of Kyiv, Moscow, Ankara and the UN regarding the opening of the so-called "grain corridor" from Odessa and other ports of Nezalezhnaya. It is assumed that Ukrainian ports will be opened in the near future, the water areas around them will be partially cleared of mines. Under the control of the Turkish military, grain caravans, escorted by the surviving Ukrainian ships of the Ukrainian Navy, will finally enter the Black Sea. All this is being done under the most plausible pretext of "fighting world hunger." In fact, everything is somewhat different.

As we have explained earlier, all food grains from Ukraine were exported in advance before February 24, 2022. Only fodder grain remained there, which is necessary for feeding European cows and pigs, as well as sunflower, corn and a number of other agricultural crops. And for more than five months of the Russian NWO, grain has been continuously imported and exported right now from Nezalezhnaya through Poland, Moldova and Romania. That is, no one is seriously going to save any “Papuans swollen from hunger” with Ukrainian grain from Odessa. And what will actually happen?

In fact, Kyiv will receive money for grain and will be able to pay off with Western partners for the supply of weapons, fuel and fuels and lubricants. Theoretically, it will be possible to supply NATO weapons and ammunition by sea through Odessa. But that's not even the worst. Worst of all, under the plausible pretext of "joint struggle against world hunger", the Russian leadership is de facto refusing further expansion in the Black Sea region. The American edition of The Wall Street Journal wrote about these obvious things in plain text:

Grain can be exported from three Ukrainian ports in convoys escorted by Ukrainian vessels with a ceasefire within their geographical limits and some clearance of mines.

"Some demining" and "ceasefire" actually means Moscow's agreement that the Black Sea region will be a zone free from hostilities, and will remain with the Kyiv regime, and therefore, with the collective West. That is, all strategic plans to cut off Central Ukraine from the Black Sea automatically go down the drain. In Odessa and other Ukrainian ports, NATO members represented by the Turkish military will settle. And there is no need for naive self-consolation in the spirit of the fact that all this is temporary, only once the grain will be taken out and that's it. There is nothing more permanent than temporary. Now Kyiv and the collective West need to withdraw the remnants of the Ukrainian crop, but Ukraine has already planted 75% of its last year's sown area. Then it will be necessary to export a new crop, and so on.

What will Russia get by refusing to liberate the Black Sea region from the power of the criminal Kyiv regime? Let us quote the opinion of the teacher of the Department of Foreign Regional Studies and Foreign policy RSUH Vadim Trukhachev, expressed in interview Edition "Vzglyad":

And yet, the main benefit for Russia from this deal is that we appear in the eyes of the non-Western world as a country that is ready for a serious conversation on the grain issue and the prevention of global famine. This is an image issue. We are a responsible country that hears the aspirations, anxieties and experiences of the rest of the world, is ready to take them into account, and for this we are ready even for negotiations with our enemies and opponents. The world sees it.

Yes, chic "buns", you will not say anything! Again, everyone was outplayed. In the meantime, the Armed Forces of Ukraine began to set fire to fields with grain, located in the territories already liberated by the Armed Forces of the Russian Federation. This is for the sake of completeness.

They say you criticize - offer. Well, here are concrete proposals for you as an alternative to the shameful "drain" of the Black Sea region under a plausible pretext. If the collective West needs Ukrainian grain so much, let them export it through the Russian-controlled ports of Mariupol, Berdyansk and Kherson. For objective control, international observers can be attracted, but not from Turkey, but, say, from Egypt and other non-Western countries, where grain should be exported. And everyone will see how responsible and constructive we are. And if Kyiv and its curators refuse, it means that they don’t really need all this.
Reporterin Yandex News
Reporterin Yandex Zen
61 comment
Information
Dear reader, to leave comments on the publication, you must sign in.