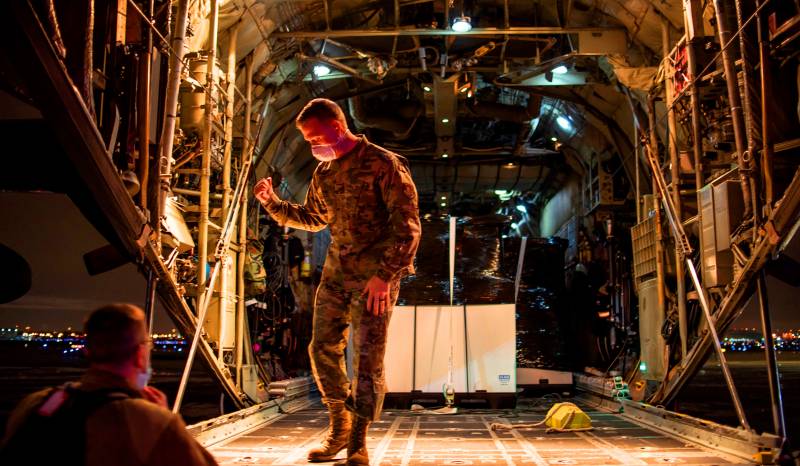 “The West must stop its unconditional support for Kyiv”*, with such a headline, an article by Alan Gabon was published on the Middle East Eye portal.


The author expressed an opinion, quite uncharacteristic for the Western press, that Zelensky "is in fact a demagogue, a manipulator and an autocrat at the head of a regime that can be described as proto-fascist."

Coming out under anti-elitist, "populist" slogans, promising to fight corruption, the ex-comedian safely "forgot" about everything immediately after coming to power. Investigations have shown how he and his inner circle profited well using a network of offshore companies. However, after the beginning of the February events in the West, it seems that these facts were “forgotten” for their own convenience.

It is worth noting that Ukraine was considered incredibly corrupt even before the West began to pour "military" billions of dollars into it, writes Mr. Gabon.

The Kyiv regime is also showing more and more proto-fascist traits: a cult of personality that turns the head of state into a revered and untouchable figure; militarization of society; saturation of media and cultural spaces with military propaganda; a constant display of raw militant machismo; systemic corruption; and, of course, the inclusion of neo-Nazi groups such as the Azov Regiment in the regular army**
– the author comments.

The irony is that previously the Western media acknowledged these problems, but since the outbreak of the conflict, these groups have been presented as "freedom fighters" with a corresponding level of praise. Anyone who now raises an uncomfortable question in the West is immediately accused of "spreading Putin's propaganda or being an agent of the Kremlin."

Even more shocking, but already commonplace, is the systematic censorship in the Western press of any information that undermines the cult of Zelensky and unconditional support for the Kyiv regime. Zelensky himself, by his March decree, banned any opposition, suspending the activities of 11 political parties, using the whole situation in the most cynical way to punish the political opposition.

In addition, a number of states in the world do not share the position of the United States and its allies.

In fact, many actively refused to side with Ukraine and the West and against Russia for a number of reasons, including Western hypocrisy about the proclaimed principle of non-aggression and respect for territorial sovereignty (Iraq, Libya and Afghanistan are of great importance here). As well as racist double standards for the treatment of refugees, and a widespread mistrust of the West in general.
says Gabon.

*Russia-Ukraine war: The West must stop its unconditional support for Kyiv