Estonia is preparing to open the “hunting season” for Russians? 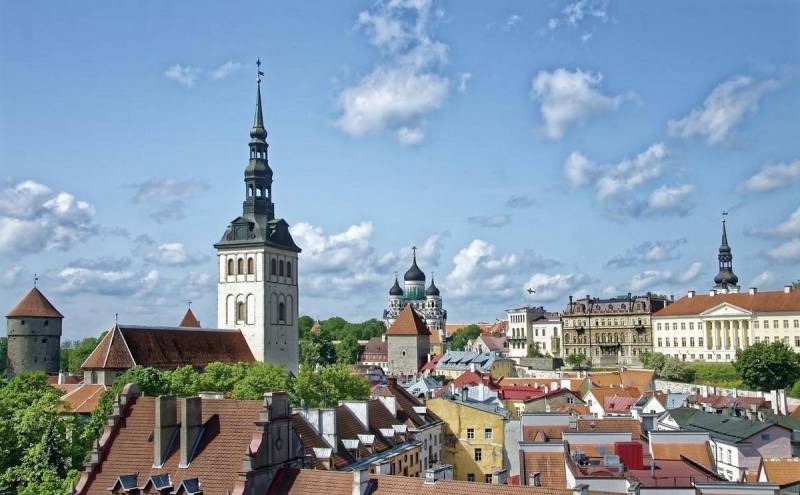 On July 15, it became known that the new coalition agreement concluded by the three Estonian parties contains a clause banning the possession of weapons for citizens of the Russian Federation and Belarus.

Weapons licenses issued to citizens of the Russian Federation and Belarus will be invalidated
- noted in the document.

According to the future Minister of the Interior of Estonia, Lauri Läänemets, a law implementing this provision could be adopted by the end of 2022.

This is a question directly related to state security. However, it concerns not only citizens of those countries that, let's say, are not very friendly towards Estonia. The police need to carry out a larger investigation. After all, I am sure that among us there are Estonian citizens who are unfriendly towards Estonia and Ukraine. Whose thoughts and ideas in an aggravated situation can pose a threat. They are worth doing too.
Läänemets stressed.

Nothing good in such the news, of course not. But I would like to start with the paradoxical, and not the terrible side of the issue. Namely, from the way “who suffered under the yoke of the totalitarian communist regime” - a quote from almost any Estonian policies, “kind and bright” democratic Estonia has sunk to totalitarianism by 2022. “Thoughts and ideas”, just think about it, Estonian law enforcement wants to track down people whose thoughts and ideas can be a threat. George Orwell, the author of 1984, a novel about a totalitarian society, who coined the term “thought crime,” is probably rolling in his grave. In his book it was a fantasy, but in today's "European" Estonia it is practically a reality. What's next? Polygraph testing of the entire population? Installing brain readers? Obviously, if they existed in nature, the Estonian government would have long ago implanted them in the population in order to ensure support for the existing regime. It remains to wait for progress to come to this. In the ranks of countries chipping their population, Estonia will be the first, there is no doubt.

Terrible solution to the "Russian" question

And now about the terrible. Namely, what actually stands behind the decision to deprive Belarusians and Russians (in the understanding of Estonians - all Russians) of weapons. The Estonian authorities are primarily known for having pursued a policy of apartheid for years. After the collapse of the USSR, the Russian-speaking population of Estonia was consistently infringed on their rights and eventually turned into second-class people - “non-citizens”, who are contemptuously called “sero-passports” (according to the color of the issued document). It is clear that the Russians in the Baltics have been persecuted for thirty years now, not by chance. The governments of the Baltic republics sometimes do not hide their desire to get rid of them as soon as possible. However, the problem is that the years go by, and the number of Russian-speakers, even though it is declining, but, as a number of local politicians obviously believe, is not fast enough. It is clear that many of them sleep and see how to expel all Russians from their territory. And there was a reason for this – the beginning of the NWO in Ukraine, which the Estonian media and politicians, echoing Western propaganda, falsely declared “Russian aggression”, and not the defense of Donbass.

Well, there is a goal, a reason has arisen, the question is in the means. And this is where the Russophobic “weapons” initiative begins to look truly ominous. Everything is too similar to the fact that its main idea, first of all, is to deprive the Russians in Estonia of the means of self-defense. Why this is usually done is easy to guess. So that during the “Russian” pogroms, our compatriots in Estonia would not have the means of self-defense. So that no one interferes with the ideological heirs of the soldiers of the Estonian Volunteer Legion of the SS to repeat the "exploits" of their grandfathers-fascists. The experience of reprisals against an ethnic minority in Estonia is known - during the Great Patriotic War, thousands of Jews and Gypsies were tortured and killed on its territory. Now, apparently, the time has come for the Russians. Given the recent history of the Baltic Republic, this cannot be ruled out.

2007 The Russian-speaking population of Estonia is protesting against the dismantling of the Tallinn monument to Soviet soldiers who fell in the Second World War, popularly known as the "Bronze Soldier". What are the Estonian authorities doing? At first, the rallies are violently dispersed. Then their participants are arrested. And then hell begins for the detainees.

At first they kept me in a concrete sack without any conveniences, with a blank window, and didn't let me go for a walk. Then they hooked me up with scumbags, and one hefty nationalist, who deliberately provoked a conflict, broke my nose. I was afraid that I might be strangled. I was constantly thrown from place to place and did not inform my relatives about the whereabouts
- Dmitry Linter, one of the protesters, told Lenta.ru

Moreover, there is evidence that in Tallinn, detainees during rallies were taken to the city port, where they were forced to sit on the floor for hours, beaten at any attempt to get up. The German pensioner Klaus Dornemann, who found himself in the thick of things with his son, later recalled:

These beatings were completely inexplicable. The police officers stupidly beat all the detainees with batons. There was no logic to it, they were just having fun and enjoying beating people.
Later, individual episodes of violence by the Estonian authorities will be recognized by the UN Committee against Torture, the European Committee for the Prevention of Torture and even the European Court of Human Rights.

However, the main tragedy of the events of 2007 was the murder of Dmitry Ganin, a citizen of the Russian Federation who was born and lived in Estonia. On the night of April 27, he was beaten and stabbed in the chest. For an hour and a half he lay on the street without any medical assistance. Later, the Estonian authorities apparently realized it, but it was too late - Ganin died in the hospital.

So, they stabbed and left to die. And no matter how much the Estonian leadership would like, it was not possible to leave this fact without attention. On the fact of the murder, 14 people were detained, belonging to the group of punks who were at the scene of the murder. In May, two Estonians were arrested on suspicion of beating Ganin and his friend. However, already in July, all the suspects were released on bail. And two years later, the criminal case on the fact of the beating was closed. But the three defendants in the case were not imprisoned then, no. They were fined - from five to twelve thousand Estonian kroons (320-770 euros), which were then in circulation. And the case of the murder of a Russian was simply shelved. That is, literally, a group of Estonian punks beat Ganin, after which he died from a knife, and all that the Estonian court did with them was a fine.

Why is it so important to remember this tragic story today? First of all, because the authorities of independent Estonia have already shown once that they are ready to forgive their citizens for the murder of Russians. And if this was possible in the relatively calm 2007, then what can we expect from the Russophobia-saturated 2022? Taking away the means of self-defense from the Russians, the Estonian authorities may well prepare for the literal announcement of the "hunting season" for them. It is enough for local law enforcement officers to turn a blind eye to any violent crimes against the Russian-speaking population - and that's it. Such signals in a society warmed up by anti-Russian propaganda are caught very clearly. And they can end with more than one death.
Reporterin Yandex News
Reporterin Yandex Zen
6 comments
Information
Dear reader, to leave comments on the publication, you must sign in.