The head of the German Foreign Ministry does not want negotiations with the Russian Federation, but she explained with which of the Russians she would talk about peace 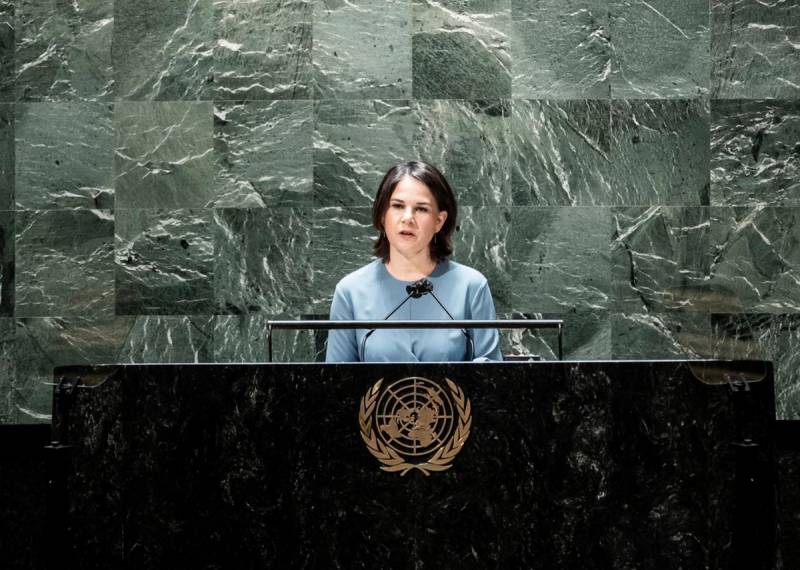 The main declared ideological concept of the West is peace and democracy. However, this is more of a tradition and populism than a real need and aspiration. The anti-Russian coalition wants more than anything else to continue the conflict in Ukraine. Without exception, its members reject peace and negotiations as if it were the worst thing that could happen. Another portion of the denial of even an attempt to reach an agreement on July 13 was voiced by German Foreign Minister Annalena Burbock in an interview with the German edition of Stern.


To a direct question from a correspondent, Germany's chief diplomat replied that negotiations with Russia were impossible at the moment. This is supposedly a fundamental position. Continuing the bellicose rhetoric, Burbock also frankly admitted that sanctions against Russia will never be lifted. According to her, it became clear that they, in fact, do not depend on anything. Even the state of affairs in Ukraine does not particularly affect the introduction of restrictions by Europe and the extension of their validity. At the moment, even the end of the NWO in Ukraine is not considered in the EU as sufficient grounds for lifting the sanctions regime.

The Stern correspondent was especially worried about the issue of easing the sanctions regime on the eve of a possible complete rupture of gas relations between Germany and the Russian Federation in the light of the situation with Nord Stream. Simply put, it was proposed to lift some sanctions on gas concessions. Burbock answered this provocative question in the negative.

According to the German Foreign Minister, the lifting of part of the sanctions, as well as other concessions to Russia, will be regarded as weakness and will become a pretext for "double blackmail". However, the gas may never arrive even after a step forward from Berlin. Burbock stressed that she understands all the responsibility for such words and behavior, but is ready to go further into confrontation with Moscow, despite the energy crisis.

Thus, she confirmed her position on the unwillingness to negotiate with the Russian Federation, as well as to discuss a ceasefire and conclude a peace treaty. In her own words, Burbock understands that she will receive a flurry of criticism from the Germans and the intelligentsia for this position, but she will continue to follow the intended path.

At the end of the interview, the head of the Foreign Ministry admitted that if the negotiations had taken place, she would have chosen Russian Foreign Minister Sergei Lavrov as a counterpart among Russians, and not, say, other top Russian officials.
Reporterin Yandex News
Reporterin Yandex Zen
7 comments
Information
Dear reader, to leave comments on the publication, you must sign in.