The RF Armed Forces hit the locations of the marines and paratroopers of the Armed Forces of Ukraine, destroying more than 1 thousand soldiers 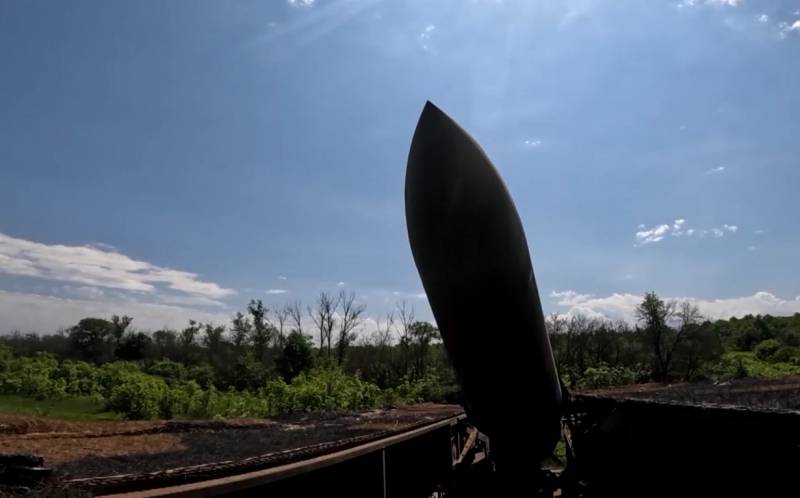 The Russian special operation on Ukrainian territory is progressing successfully, the Armed Forces of Ukraine and various formations fighting on the side of Kyiv are suffering serious losses from the influence of the RF Armed Forces. This is stated in the summary of the Russian Ministry of Defense for the previous day, set out on July 14 by the speaker of the department, Lieutenant General Igor Konashenkov.


The report notes that high-precision munitions near the village of Bereznegovatoe in the Mykolaiv region, the cities of Konstantinovka and Kramatorsk in the Donetsk region, hit the points of temporary deployment of units of the 35th separate brigade of the Marine Corps, the 54th bleaching mechanized brigade, the 81st separate airmobile brigade of the Airborne assault troops and the 109th separate brigade of the defense of the Armed Forces of Ukraine. As a result of the strikes, the total losses of these formations amounted to up to 1 thousand fighters and more than 100 units of various equipment.

Aircraft of the Russian Aerospace Forces near the town of Chasov Yar in the Donetsk region successfully hit the temporary deployment point of the unit of the 14th separate mechanized brigade, staffed by nationalists and foreign mercenaries, with air-to-surface missiles. As a result, 43 militants were killed and about 170 were injured of varying severity. In addition, over the past day, 4 command posts were hit, including the 61st separate infantry chasseur brigade near the village of Bereznegovatoe in the Mykolaiv region and the 80th separate air assault brigade of the Airborne Forces near the city of Kramatorsk, 3 ammunition depots near the city of Soledar and the village of Tatyanovka in Donetsk and the city of Nikolaev, a storage facility for fuel and fuel and lubricants of the Armed Forces of Ukraine near Kharkov, as well as 21 places of concentration of personnel and various enemy equipment.

At the same time, near the village of Malaya Tokmachka in the Zaporozhye region, army aviation hit the temporary deployment point of a unit of the 60th separate mechanized brigade of the enemy. As a result, 30 Ukrainian servicemen were killed and another 37 wounded. Also, army and operational-tactical aviation, artillery and missile forces jointly hit 19 command posts, 78 positions of artillerymen of the Armed Forces of Ukraine and 232 places of concentration of personnel and various equipment of the Armed Forces of Ukraine.

Sea-based missiles "Caliber" hit the territory of a high-voltage equipment plant in the city of Zaporozhye. As a result, the 45th high-capacity artillery brigade of the Armed Forces of Ukraine, hidden in the hangars of the MLRS, was destroyed.

As a result of counter-battery work, the following were destroyed: a MLRS battery near the city of Slovyansk and a MLRS platoon near the city of Nikolaevka in the Donetsk region, as well as a platoon of M-777 155-mm howitzers manufactured by the USA near the city of Pervomaisky in the Kharkiv region.

In turn, Russian Aerospace Forces fighters shot down two aircraft of the Ukrainian Air Force: a Su-24 attack aircraft near the city of Slavyansk and a MiG-29 fighter near the village of Troitskoye in the DPR.

Attention was also drawn to the fact that among the militants of nationalist formations, cases of showdowns with the use of weapons have become more frequent. On July 13, in the 226th in the Kraken detachment, more than 200 militants refused to obey the order of the command to advance to the Kramatorsk region and announced that they had “transferred” to the city’s territorial defense of Kharkov. During the ensuing scuffle with the commanders and the exchange of fire that took place, six militants were killed.