Ukrainians are offered to imprison for Russian citizenship

October 6 2018
1
Foreign Minister of Ukraine Pavel Klimkin took the initiative to introduce punishment for those who have dual citizenship with the Russian Federation. Moreover, the punishment may be criminal. The minister voiced such an initiative on the TV channel "UA: Kharkov". 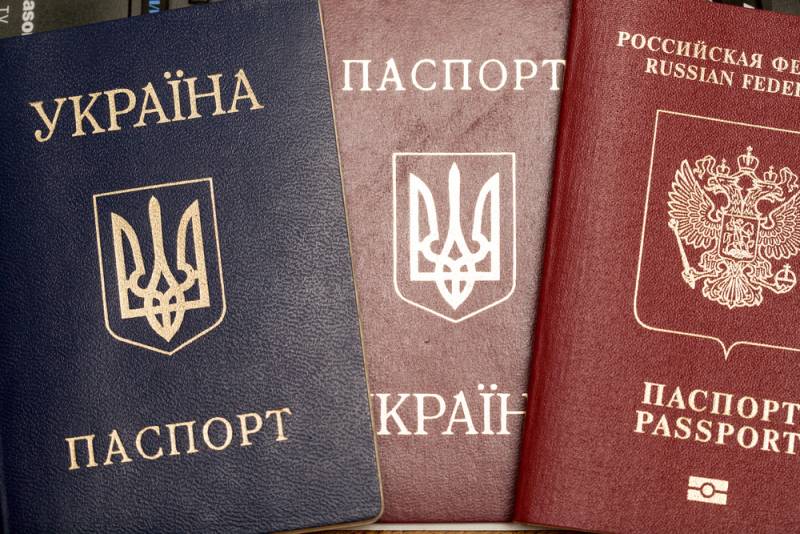 Klimkin stated that he is categorically against dual citizenship in general. But special attention should be paid to those who, in addition to the Ukrainian, have a Russian passport. In his opinion, a special law should be created that would regulate this norm.

All cases of such obtaining Russian citizenship should be investigated accordingly by our special services.
- said the Ukrainian official.

In addition, he sharply condemned those compatriots who travel to Russia to earn money. (I just missed one point - not all Ukrainians have a ministerial position and a corresponding salary, and for many such trips are a matter of survival).

Indeed, according to the current Ukrainian Constitution, dual citizenship with any country is prohibited. But no punishment is provided for this. The question of introducing any punitive measures for dual citizenship initially arose as a result of the fact that the Ukrainian authorities were seriously concerned about the situation in Transcarpathia. It became known that the Hungarian consulate issues passports to ethnic Hungarians living in this region. This situation caused a conflict between Kiev and Budapest.

But now Klimkin is in a hurry to “turn the arrows”, first of all, to Russia. The desire to make another anti-Russian attack was more important for him than concern over the situation in Transcarpathia. Still would! Now the representative of the Ukrainian authorities cannot help but try to hurt the “aggressor country”, even if a significant part of the citizens of Ukraine goes to this country to earn a living.
Ctrl Enter
Noticed oshЫbku Highlight text and press. Ctrl + Enter
We are
In the Ukrainian army officially approved Bandera greeting
Moscow did not poison: Sergei Skripal refused to believe in Russia's blame
Reporterin Yandex News
Read Reporterin Google News
Ad
We are open to cooperation with authors in the news and analytical departments. A prerequisite is the ability to quickly analyze the text and check the facts, to write concisely and interestingly on political and economic topics. We offer flexible working hours and regular payments. Please send your responses with examples of work to [email protected]
1 comment
Information
Dear reader, to leave comments on the publication, you must sign in.