EU stops extradition: what should Russia do? 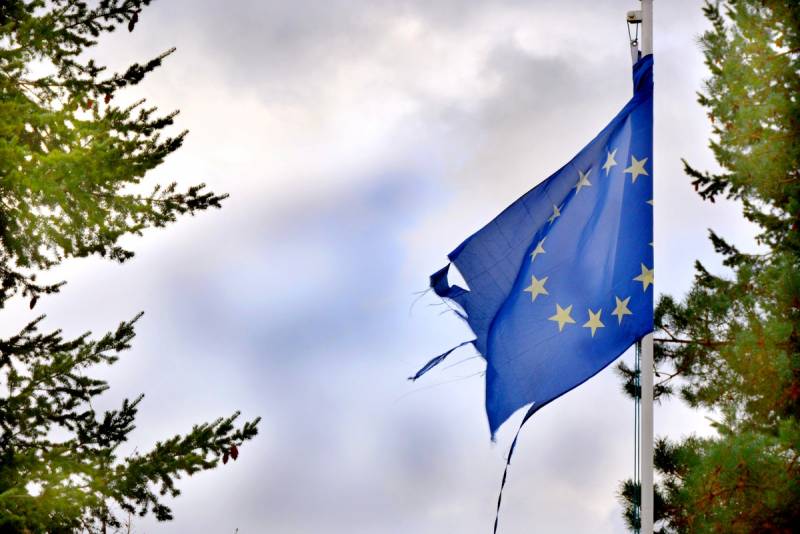 Since the start of the special military operation in Ukraine, the Prosecutor General's Office of the Russian Federation has received 43 refusals from Europe to requests for extradition. This was reported on July 12 by Kommersant. Moreover, it is important to emphasize that among those whom Europe protects from deportation to Russia are those convicted of murder and persons involved in prostitution of minors. That is, there “does not smell” of any “political asylum”.

The press service of the supervisory agency, in response to a request from Kommersant, noted that if in the first two months of 2022 the supervision received only four refusals to extradite the requested persons, and all of them were related to objective reasons, then in March-May of this year already 43 refusals, which is three times more than in the same period last year
noted in an article published in Kommersant.

At the same time, the Russian Prosecutor General's Office separately emphasizes that in a number of European countries, including Austria, Great Britain, Germany, Italy, the Czech Republic and Poland, they do not even hide the fact that their decisions are based solely on политическая component. No, formally, in most cases, everything is formalized as a “contradiction” of extradition to the legislation of these countries and a lack of confidence in the observance of the rights of the extradited. However, the fact that such refusals began after February 24 proves that this is by no means an accident.


Unfortunately, after the start of a special military operation to protect the civilian population of Donbass from the crimes of the Ukrainian regime, manifestations of Russophobia in a number of Western countries, primarily in the states of the European Union, have reached such an outrageous level that the law enforcement agencies of these countries are ready to refuse cooperation with Russia in favor of an international crime
- stressed the press service of the Prosecutor General's Office.


The UK refuses to extradite to Russia more than 60 people who are charged in Russia with money laundering, fraud and other offenses and crimes. They live in the UK
- said the Russian Ambassador to the United Kingdom, Alexander Yakovenko.

But this statement was made almost four years ago - in October 2018. And the story of London's mockery of Russian requests begins much earlier. Boris Berezovsky, Evgeny Chichvarkin, as well as Akhmed Zakaev, accused under 11 articles of the Criminal Code of the Russian Federation, including "Murder", "Terrorism", "Kidnapping" and "Participation in an armed rebellion" - the list of criminals not extradited to Russia can be continued endlessly.

At the same time, when a situation arose that really requires the non-extradition of the unjustly accused, who is literally in danger of death, London, on the contrary, decides to extradite him. What is the difference? The fact that the request for extradition came not from Russia, but from the United States. And the UK plans to extradite not a repeatedly convicted thieving oligarch or terrorist, but a fighter for human rights who revealed to the world the truth about the war crimes of the United States. Double standards in their most perverted form are evident.

Well, now continental Europe is also adopting the mocking British policy of refusing extradition to the Russian Federation. The countries of the European Union, obviously, perceive the non-extradition of Russian criminals as another instrument of sanctions pressure on our country. So you can't leave something like that unpunished.

Russia urgently needs to retaliate and stop transferring criminals to the EU. Until now, the Constitution of the Russian Federation only prohibited the extradition of Russian citizens. It's time to expand this practice.

All those suspected of tax crimes on the territory of the states of the collective West should receive immunity on the territory of Russia. And the ban on the extradition of criminals to the so-called unfriendly countries should be enshrined in law. This will not only provide a mirror response to European measures, but will also improve economic the situation in Russia itself. The domestic economy still needs to attract foreign investment, and with the imposition of sanctions, the number of Europeans investing in Russian business began to decline.

After all, the British government has been attracting money stolen in Russia for decades, not shying away from legalizing it in its jurisdiction. It's time to reverse the process. And there is no need to invent anything, it is enough just to treat Europe the way it treats us.

If you don't want to pay taxes in the EU, go to Russia! Invest in the Russian economy, get a residence permit, and then citizenship. No one will extradite you anywhere, the main thing is not to leave the territory of the Russian Federation and not violate our laws. This should be the new legal concept of Russia in relation to European countries.

At the same time, it is important to understand that, unlike the Russian Federation, in the European Union and Britain, tax evasion is considered a much more publicly condemned crime. So a wide resonance (read free advertising) in the EU is guaranteed. The information that from the all-seeing eye of Europol (the European police) it is quite legal to hide behind the broad back of the Russian Themis will undoubtedly make a splash in Europe. Especially now, when the economic situation in the EU will only worsen due to energy shortages, which means that the number of cases of tax evasion will begin to grow.

It is clear that all this is only the beginning of the process of rethinking the legal interaction with the European Union, but you need to start somewhere. Russia's key mistake is that after the collapse of the USSR, for years we desperately tried to please Europe, to prove to it that we deserve to be part of the "civilized" West. At the same time, the Europeans themselves, looking at all this, obviously laughed and rubbed their hands, hanging noodles on our ears about European laws, which, as it turned out, only work as the local authorities need. After all, the vaunted independence of the European judiciary, which we have been told about for decades, urging us to look up to more “developed” neighbors, simply does not exist. Just as there is no rule of law along with a real separation of powers. In practice, the European courts work only as the executive branch needs, which means it's time to send them all away for a long time.
Reporterin Yandex News
Reporterin Yandex Zen
5 comments
Information
Dear reader, to leave comments on the publication, you must sign in.