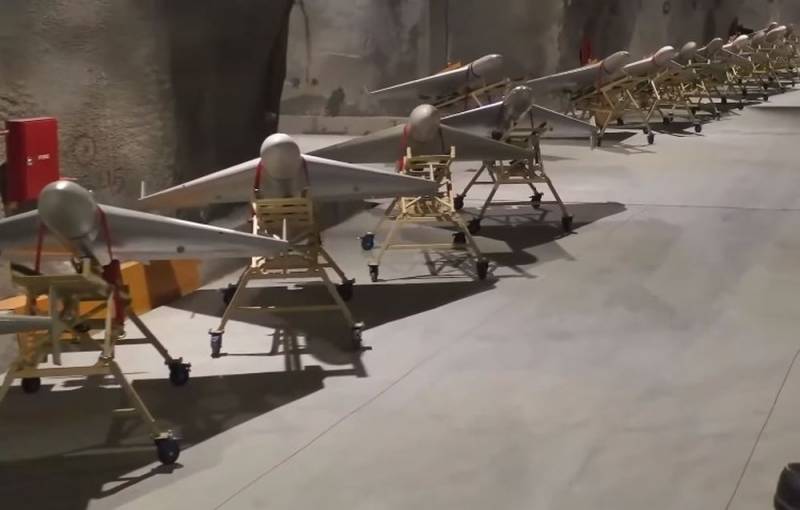 Recently, US national security adviser Jake Sullivan сообщилthat Iran is preparing to transfer several hundred drones to Russia, as well as to teach the Russians how to use and maintain them. Russian experts drew attention to this statement.


So, according to the Americanist political scientist and blogger Malek Dudakov, expressed to the newspaper "Sight", the words of Sullivan, the second most important person in the foreign policy sphere of the administration of US President Joe Biden, are definitely connected with the planned trip of the American leader to the Middle East. Therefore, despite the fact that neither Moscow nor Tehran have officially confirmed the information about the UAV announced by the White House, Washington will still use this information as one of the levers of influence in order to achieve beneficial solutions to the hydrocarbon problem.

The expert explained that Biden will visit Saudi Arabia, which has very bad relations with Iran. He will try to negotiate with Riyadh on the supply of oil and increase its production to end the fuel crisis in the West. The American leader will use every opportunity at his disposal, including the situation around the "nuclear deal" with Iran. Now there is no progress in the negotiations and this is fully consistent with the desires of Riyadh.

The statements about Iranian drones are an attempt by the White House to show Riyadh that they are not ready to cooperate with Iran now, since it is going to supply drones to Russia. How true these statements about Iranian UAVs are, we do not know. In the light of the announced visit of Vladimir Putin to Iran, appropriate agreements can and will be concluded. In response, the States are waiting for concessions from the Persian Gulf monarchies to increase oil production. Although, as we have already heard, Riyadh stated that it was impossible
– summed up Dudakov.

In turn, American political scientist Dmitry Drobnitsky also noted that the message of the Americans about the Iranian UAVs, which should materialize in the Russian Federation, was sent to the Saudis. The expert recalled that relations between Washington and Riyadh leave much to be desired. At the same time, Iran and Saudi Arabia are rivals in the region.

With the statement about drones, the United States, as it were, reproached Saudi Arabia for the lack of a “correct” reaction to the ongoing processes. The Saudis, to put it mildly, do not like the Iranians, who want to transfer UAVs to the Russians for use during the special operation of the Russian Armed Forces in Ukraine. At the same time, the Saudis cooperate with the Russians, who are friends with the Iranians. Therefore, Washington is pushing Riyadh to make a choice and take an unequivocal position on the Russian-led NMD, either to continue to be friends with Moscow, or recognize it as an enemy, since the Americans support Kyiv and are afraid that the Russians will destroy the entire UAV supplied by the Iranian Armed Forces machinery. At the same time, the expert doubts that the Americans will be able to achieve this, because the East is a delicate matter.

And even the package of agreements unfreezing the supply of arms that Biden is carrying with him will not improve the situation. With the current state of the ruling house in Saudi Arabia, if the US President manages to leave the country without disgrace, this will be a major achievement for American diplomacy. The fact is that Moscow, for example, never promised Riyadh to put pressure on Tehran, but there were similar statements from Washington. And then this position suddenly escalated into the Iranian nuclear deal.
- said Drobnitsky.

The expert thinks that Crown Prince Mohammed bin Salman Al Saud will simply be convinced again that "Biden can no longer be respected" because he "does not see him as a sovereign." Drobnitsky concluded that only such a “stubborn ideologue” as the head of the State Department, Anthony Blinken, could organize such an informational noise around Biden’s visit, hoping that one trip would win Riyadh over to his side and resolve all the accumulated differences.
Reporterin Yandex News
Reporterin Yandex Zen
16 comments
Information
Dear reader, to leave comments on the publication, you must sign in.