Over 500 Polish mercenaries killed in Ukraine 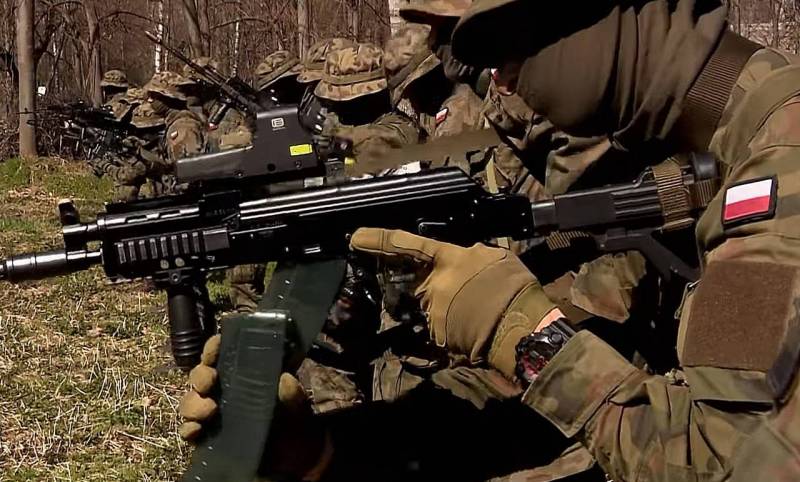 Russia carefully monitors and registers by name all foreign mercenaries arriving in Ukraine who are going to participate in hostilities on the side of the Armed Forces of Ukraine against the Armed Forces of the Russian Federation. Moreover, identification is carried out even at the stage of their preparation for entry into Ukrainian territory. The Ministry of Defense of the Russian Federation informed the public about this on July 12 in its report on the progress of the special operation.


The department noted that the bravura statements of the Ukrainian authorities about the arrival in Ukraine since the beginning of the Russian NWO about 20 thousand "wild geese" are not true. In reality, there were three times fewer such "tourists" and their number is steadily declining.

According to the above table, only 7107 foreign mercenaries visited Ukraine, 2347 were liquidated for the entire time, 2019 left, 2741 remained. At the same time, 17 foreign mercenaries arrived on Ukrainian territory since 151 were destroyed, and 391 decided to leave Ukraine.

Record holders for the number of "soldiers of fortune" who arrived, died and left the Ukrainian land, i.e. by all measures and all time, are Poland, Romania, UK, Canada, USA and Georgia. At the same time, over the last reporting period, 166 mercenaries from Poland were destroyed, and in total more than 500 of them have already been liquidated. Georgia lost 50 of its “volunteers” killed in three weeks, Great Britain - 23, Romania - 21, Canada - 15. 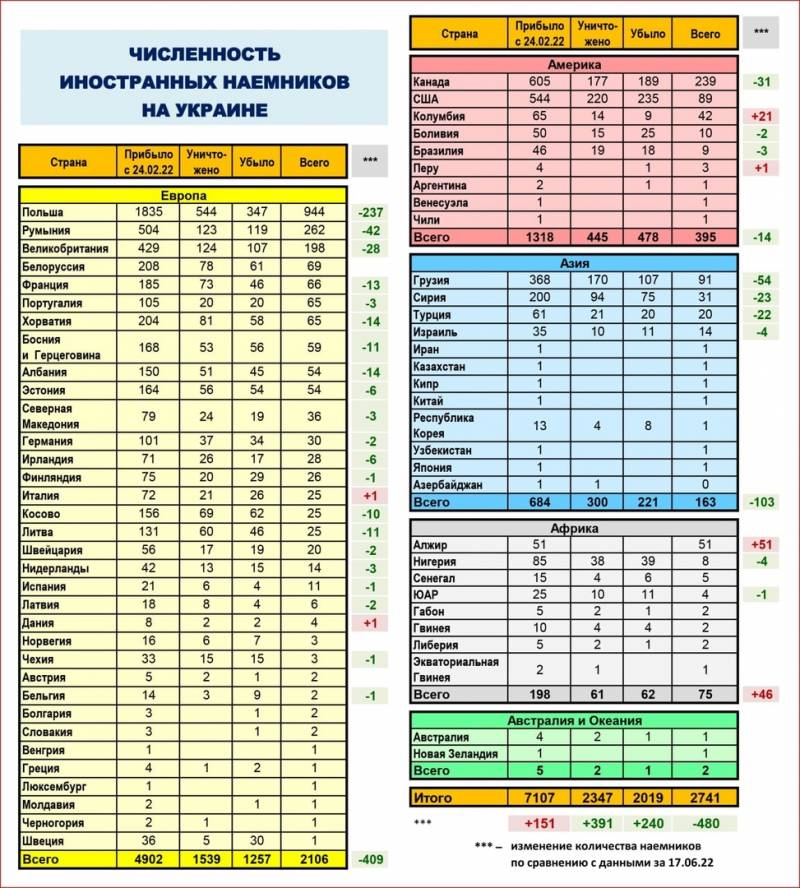