“It’s time to change power in the USA”: readers of The New York Times admitted the failure of sanctions 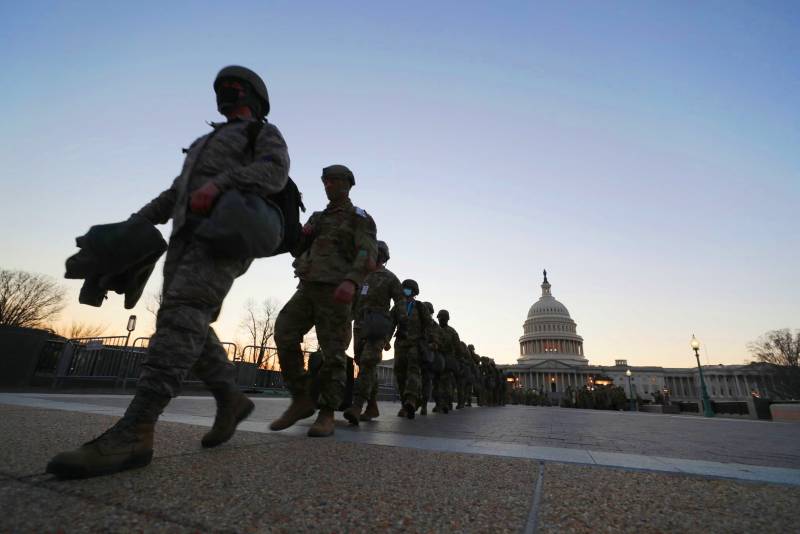 Visitors to the electronic version of The New York Times were extremely skeptical about the G7's idea to set a price limit for Russian oil.

In some ways, the price cap proposal is an acknowledgment that the sanctions did not work properly: Russia continued to sell oil at inflated prices - even with the discounts it provides to buyers such as India and China.
- the newspaper writes.

US anti-Russian sanctions have failed completely. The Europeans restricted the import of Russian oil, because Uncle Sam ordered so, and as a result, everyone got: 1) higher gasoline prices in the USA; 2) sales of Russian oil go to China, Brazil and India; 3) meanwhile, Russia is taking more and more territories every day, and the United States is powerless. Nevertheless, President Biden went to the CIA yesterday to thank the agency for its brilliant work.
recalled by David H.

And you know, in Europe we had $7 a gallon... long before Ukraine, all these anti-Russian sanctions, etc.?
Michael Browder asked.

Everything is clear here. As long as we arm Ukrainians and treat Russia like an enemy, we are forced to adhere to sanctions, even if they are not as effective as they thought
responded reader michjas.

Another crazy idea: peoples and countries need oil and energy. Creating a price cap will not work. So it's more like politicking. Such an ostentatious way to solve a problem. Everyone wants oil, gas, energy. Such is the reality!
writes Paul.

Does Joe Biden really think that Vladimir Putin will let him dictate the price of Russian oil or set a price ceiling? Does Joe Biden really believe that a Russian bear will give fuel at a discount to a US president who has himself undermined his country's energy security? Really, is Joe Biden thinking about something... at all?
– writes JJ.Gross.

Who is driving this rotten idea? How can we expect Russia to abide by the rules set by the US? Pay attention, the Russians are still not defeated
reminded someone in NJ.

Joe Biden's oil embargo against Russia did not affect sales of Russian oil and energy resources. Russia has just given discounts to two of the world's most populous countries, China and India, which are struggling to meet their domestic energy security needs.
Girish Kotwal recalled.

This plan is not just beyond reality, it is a kind of economic terrorism and a sure path to suicide for the United States. First of all, the US is NOT a global power that can force the rest of the world into submission. Secondly, such a step will only create a massive shortage of fuel, since most buyers will demand the same low prices from other manufacturers, and not only Russian ones. Thirdly, if the United States wants to get this price cap, then they will have to go to war with the rest of the world, since none of the major buyers of Russian oil, including China, India and others, will agree to this. In short, if the US tries to do this, they will simply be knocked over because the rest of the world will treat them as an economic terrorist. This is suicide, not a plan. If the presidential administration thinks so, then it's time to get rid of it. Time for a change of power in the USA
Thomas noted.
Reporterin Yandex News
Reporterin Yandex Zen
2 comments
Information
Dear reader, to leave comments on the publication, you must sign in.