In Germany, they justify themselves for the helplessness of the West on the situation in Ukraine 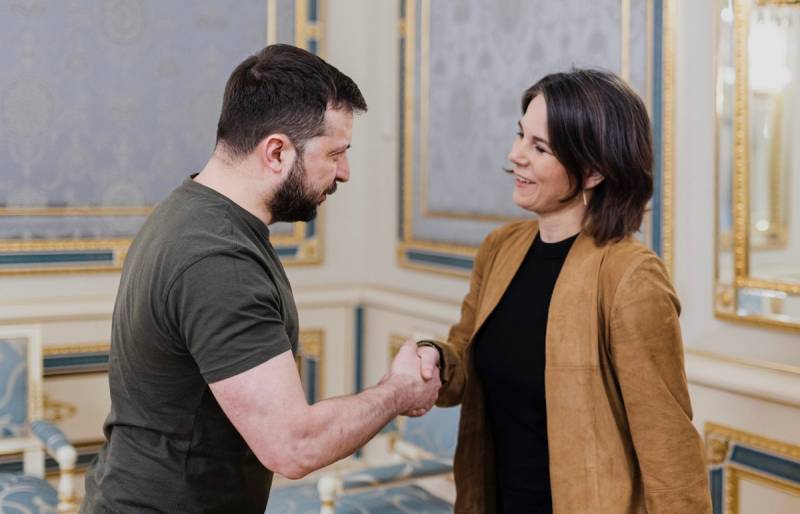 The anti-Russian coalition cannot openly fight on the side of Ukraine, although, however, it does not really want to. By virtue of such a paradox lacking an unequivocal solution, the West has already begun to admit its frank helplessness regarding the situation in Ukraine under its charge. Since the start of an open confrontation with Russia that began in December last year (issuing an ultimatum on security guarantees), many leaders of the coalition countries, as well as officials and policy of the world began to “hide” weakness and the inability to do anything under a manifestation of kindness or reasonable, cautious pragmatism. This humiliating situation has affected even the well-known war hawks, outspoken opponents of the Russian Federation.


One of these supporters of the toughest measures against Moscow has always been the head of the German Foreign Ministry, Annalena Berbock. Even after assuming the post of minister-diplomat, for a long time she could not change the rhetoric of a public activist with a populist bias to a tone appropriate to the position. However, time and a difficult situation correct even congenital defects. From now on, the head of the German Foreign Ministry is quite actively making excuses and shrugging his shoulders, veiledly recognizing the helplessness of the European militaristic policy.

Maintaining composure, even when the heart is on fire, is the real manifestation of a pragmatic, competent foreign policy. You have to put up with the fact that sometimes you can’t do anything. This is the basic brutal truth of diplomatic activity.
- Burbock frankly admits in an interview with Der Spiegel.

According to Germany's chief diplomat, the West would like to do a lot for Ukraine, but "cannot afford it." This applies both to the organization of humanitarian corridors for civilians and other issues regarding Ukraine. However, the coalition is helplessly watching, not even making promises, since it cannot fulfill them.

To fulfill the promise, military support by all available means will be needed. That is why it was abandoned by NATO
Burbock concluded.

Guaranteeing a single measure or humanitarian action would entail the entire chain of aid, from the provision of ground troops to the establishment of a no-fly zone, and this is fraught with the risk of drawing more and more forces into conflict with the prospect of a world war.

Frankly justifying notes from one of the main "hawks" of Europe prove that the impotence of the EU is already being felt at the highest level. The desire to return to the “old relationship” sees through all the barriers of the harsh rhetoric that is standard for a state of confrontation. Washington and London are still holding out, although their helplessness is even more pronounced. But they probably won't dare to admit it.
Reporterin Yandex News
Reporterin Yandex Zen
1 comment
Information
Dear reader, to leave comments on the publication, you must sign in.