Military expert told what to do with American HIMARS in Ukraine 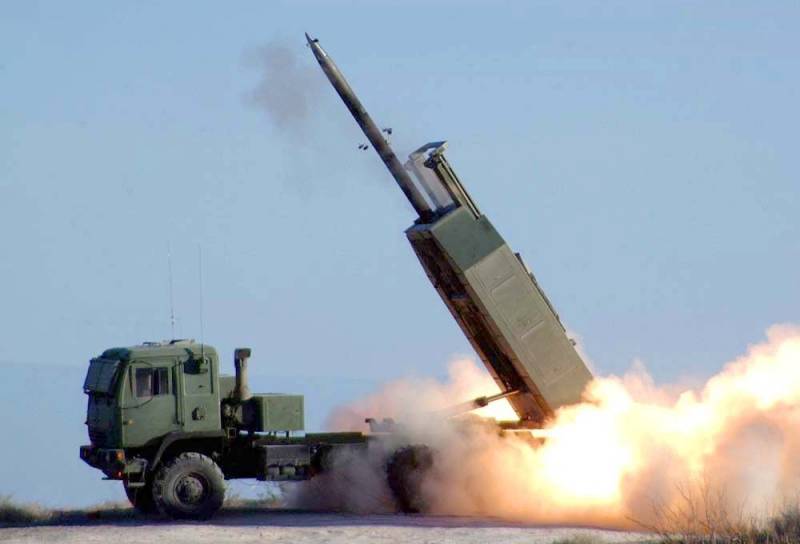 During a Russian special operation on Ukrainian territory, the American M142 HIMARS wheeled systems and more powerful tracked M270 MLRS, which are used as MLRS and tactical missile launchers, appeared in Ukraine. Russia has taken care of this issue.


On July 10, a military expert, a retired fighter-bomber pilot, known on the Web under the nickname Fighterbomber, outlined in his Telegram channel what should be done with the mentioned weapons systems. In his opinion, the main thing is to immediately understand that it is unrealistic to guarantee the protection of the state border and the line of contact (LBS) with a length of 1,5 thousand km from missile attacks flying at 70 km, and soon possibly at 300 km. A certain amount of ammunition will be intercepted, but some will still break through the air defense.

Of course, I can write in the spirit of fashionable telegram channels that all these installations need to be quickly found and destroyed with the holy Iskanders, and, of course, do not forget to create an echeloned, even better, write an air defense system in depth, which will defeat all missiles and another leg stomp for effect. Sentence from the series: “Do me good. I don’t know how, but do it quickly!”
- the expert noted.

He explained that the layered air defense system had long been created and it was difficult to achieve higher density quickly. It can be strengthened relatively quickly only by weakening other protected areas, and based only on the capabilities of industry, this will take considerable time. Moreover, even when the air defense system is oversaturated, it still will not provide 100% protection.

I hope that until the end of the NWO and another five years after that, we will not hear a single news about what great arms exporters we are, and not a single unit of military equipment, no matter what, under any politically important contracts, it will not be delivered abroad. Except, of course, Belarus. Everything for the front, everything for victory
- the expert specified.

He added that protection against ammunition used by the mentioned American systems is provided in the same way as against Tochka-U missiles. The only difference is that the GOS of American missiles is satellite, which means that the signal suppression area must be tried to be provided for the entire range of the ammunition flight, based on the worst option for the starting point, i.e. from the state border and LBS. This will not affect the number of their launches, but will definitely affect their efficiency and accuracy.

The expert expects that the Armed Forces will choose targets of such sizes that can be hit without satellite correction. Approximately the way they are now choosing targets on the territory of the Russian Federation for the Soviet Tu-143 Reis drones, which are currently the most long-range weapons (180 km), but with near-zero accuracy. Therefore, they will strike at airfields, cities, factories, warehouses of armies and districts, as well as at places where large amounts of fuel and fuels are concentrated, i.e. on large objects that are difficult to miss.

It must be understood that the idea that as soon as we liberate the LPR, DPR and the war is over and missiles will continue to be fired at us, they have nothing to do with reality. The war will not end there. In order to guarantee the security of the territory of Russia from the arrivals of anything, it is necessary to move the LBS from the borders of Russia to the flight distance of the longest-range weapon. To secure their troops, it is necessary to occupy the whole Ukraine. I don't know of any other options for reliable protection.
Fighterbomber summed up.
Reporterin Yandex News
Reporterin Yandex Zen
22 comments
Information
Dear reader, to leave comments on the publication, you must sign in.