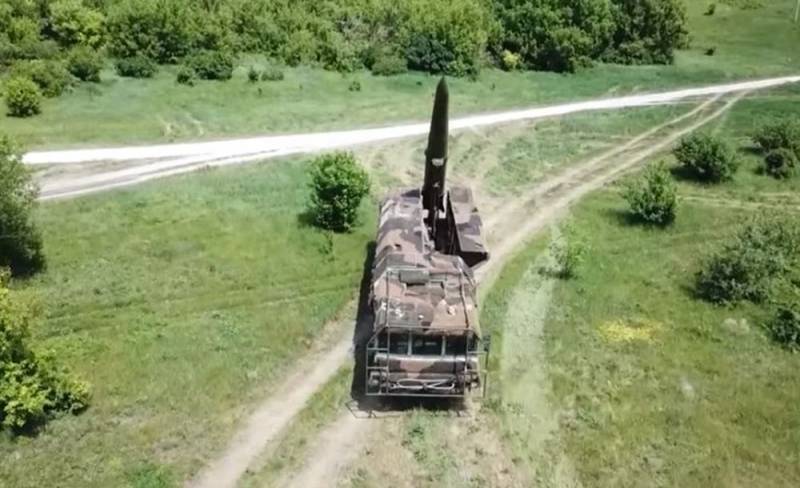 In the course of the Russian special operation on Ukrainian territory, the RF Armed Forces continue to inflict sensitive damage on the Armed Forces of Ukraine. On July 10, the speaker of the Russian Ministry of Defense, Lieutenant-General Igor Konashenkov, informed the public about this, citing a summary for the past day.


The report notes that the Russian Aerospace Forces hit: 3 command posts near Soledar, Minkovka and Bakhmut in the Donetsk region, as well as 16 places of accumulation of personnel and various equipment enemy, including the nationalist Kraken unit in the Kharkiv region.

At the same time, artillery, missile troops, army and operational-tactical aviation hit: 17 command posts; 4 platoons of MLRS "Grad"; 2 hangars with American M777 155-mm howitzers near Konstantinovka. This artillery shelled the capital of the DPR, the city of Donetsk. Also hit were: 42 areas with positions of Ukrainian artillery and 143 places of accumulation of personnel and various equipment of the enemy.

In addition, ground-to-ground missiles hit a temporary deployment point for Ukrainian artillerymen and a RAV warehouse on the territory of the Ceramic Plant in the city of Slovyansk in the Donetsk region. As a result, up to 100 servicemen, over 1 shells for American M777 155-mm howitzers and about 700 ammunition for the Grad MLRS were destroyed.

In the course of counter-battery work, the following were destroyed: a platoon of the Uragan MLRS near Konstantinovka, a platoon of the Grad MLRS near Dzerzhinsk and 2 artillery platoons of towed guns 2A36 "Gyacinth-B" of 152-mm caliber at positions in the New York (former Novgorodskoye) settlement area in the Donetsk region. Thus, the RF Armed Forces continue to deprive the Ukrainian army of artillery.

Su-35S fighters of the Russian Aerospace Forces shot down several aircraft of the Ukrainian Air Force: 2 Su-25 attack aircraft near the city of Barvenkovo ​​in the Kharkiv region and the village of Troitskoye in the DPR, as well as a MiG-29 near the village of Krasnopolye in the Donetsk region.


We remind you that the SVO began on February 24 and, according to the assurances of the Russian leadership, it will not stop until all the tasks assigned to the troops are completed.
Reporterin Yandex News
Reporterin Yandex Zen
2 comments
Information
Dear reader, to leave comments on the publication, you must sign in.