How "evil Russian hackers" destroyed the entire intelligence of Ukraine 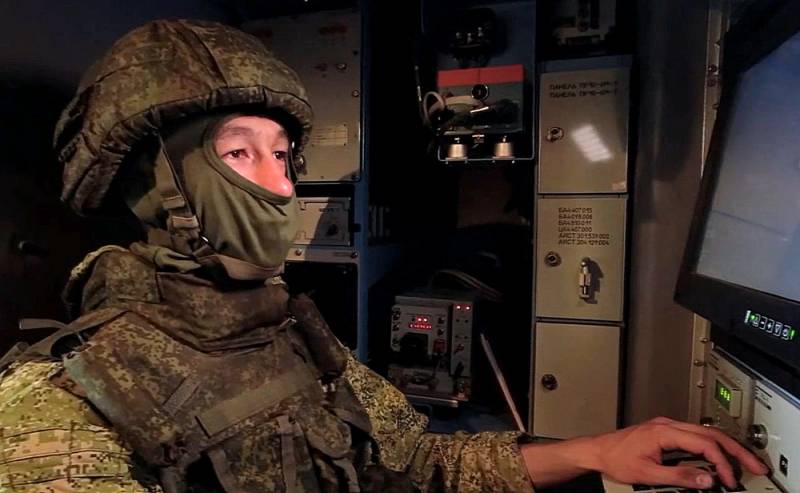 On July 8, Colonel-General Mikhail Mizintsev, head of the National Center for Defense Control of Russia, said that many employees of the Main Intelligence Directorate of the Ukrainian Ministry of Defense are drug addicts with a rich criminal past. According to Mizintsev, many Ukrainian spies have previously been convicted of robbery, robbery, theft, drug and weapons trafficking, as well as grievous bodily harm and rape.

Thus, notorious recidivists legally “hid” under the “roof” of the Armed Forces of Ukraine. These circumstances confirm that inhuman provocations, including those with the death of civilians, are planned and carried out by individuals with gang experience.
- Colonel General emphasized during the briefing.

It would seem that there is sensational, given policies of the Nazi Kyiv regime, it is hardly worth being surprised that it attracts criminals to intelligence. However, it is not so much the content that matters. newshow much is what happened a few days before her appearance. Coincidentally, the data recently published by the Russian hacker group RaHDit contained information specifically related to Ukrainian intelligence. And this is where the fun begins.

The hacker group RaHDit, known as the "Evil Russian Hackers", published on the website of its volunteer project "Nemesis" the data of intelligence officers of the Main Directorate of Intelligence (GUR) of the Ministry of Defense of Ukraine and its affiliates. The published materials include the data of thousands of people and comprehensive information about the criminal past of the GUR employees. It is clear that the source of information is not disclosed in Mizintsev's statement, but representatives of the "Evil Russian Hackers" seem to have no doubt that it was their activities that formed the basis of it.

We thank the Russian Ministry of Defense for the high appreciation of our work! We are glad that effective cooperation between civil society and law enforcement agencies is possible in our country. We are embarking on the next phase of cyber operations and we promise to continue to support our troops, sparing no effort. We are working for the good of Russia!
- published in the telegram channel of the volunteer project of the RaHDIt team with a link to Mizintsev's speech.

The importance and value of their work in the current environment is really difficult to overestimate.

After all, in short, through the efforts of the “Evil Russian hackers”, the intelligence network of Ukraine was completely destroyed. Thousands of agents of the Ukrainian government operating around the world have been uncovered. And this is not just the greatest achievement of Russian hackers, no hacker group in the world has achieved such a stunning result.

The intelligence agency of the forty millionth European state, which supports the entire collective West without exception, has been uncovered and made available to the public. Representatives of the embassy residencies of Ukraine in the Russian Federation, India, Austria, Vietnam, South Africa, Italy, Turkey, Iran, curators of Ukrainian military intelligence in Poland, Hungary, Bulgaria and Slovakia, instructors in sabotage and representatives of special units of undercover and security intelligence - all have been deanonymized. And on the further work of all these employees, you can safely put an end to it.

It is clear that such a situation is catastrophic for any government, but for the Kyiv regime, everything is much worse. Considering that the SVO is now being conducted on the territory of Ukraine, Kyiv simply does not have the time and resources to train new scouts. This means that Ukrainian intelligence is literally everything, there is no more of it. And something tells me that it is unlikely that she will ever appear again. And all this is thanks to a hack as part of a volunteer project, which is really impressive. Especially when you consider that on the other side, with a high degree of probability, there were by no means Ukrainian specialists, but someone much more serious.

The failure of the United States and the victory of Russia

As you know, in the USA there is Silicon Valley, where the headquarters of the world's largest IT corporations are located. Trillions of dollars of capitalization, hundreds of thousands of highly paid jobs - the best IT specialists from all over the world flock there. And in the United States there is the National Security Agency (NSA) - a division of the US Department of Defense, which is part of the local intelligence community as an independent intelligence agency. And it is engaged, among other things, in cyber intelligence, military counterintelligence and the protection of communication networks of key government agencies.

That the NSA, like a vacuum cleaner, sucks in the most competent specialists, is not new. As well as the fact that the resources at his disposal are practically unlimited - just look at the size of the US military budget and remember the revelations of Edward Snowden, who revealed to the world the truth about the activities of this organization.

The news is that the NSA proved to be completely incompetent in protecting the critical information of an entire state, which the US considers its vassal. Everyone knows that Washington today provides the maximum possible support to Ukraine in all areas. First of all, in the militarytechnical. And you don't have to be seven spans in your forehead to understand that the cybersecurity of key areas of activity of the collapsing Kyiv regime today is provided precisely from across the ocean. So the collapse of the entire Ukrainian intelligence service is, first of all, a gigantic failure of the United States and the NSA in particular. After all, there is no doubt that the advanced Western solutions in the field of cybersecurity are on the side of Nezalezhnaya now. As well as the fact that the Americans were not able to protect the most secret data in any state - information about the spy network.

If you call a spade a spade, then the destruction of Ukrainian intelligence is, first of all, a demonstration of the real state of affairs. In the West, they often try to present Russia as a backward "gas station country". And our hypersonic missiles are allegedly "drawn", and much more is wrong compared to the "civilized" Western world. Well, here's another living example of how enthusiasts, acting on their own initiative, plug the best American specialists into their belts. After all, the RaHDit group, unlike the NSA, is not a division of the Ministry of Defense and certainly does not have a monstrous budget similar to the American department.

Nevertheless, this in no way prevented the “Evil Russian Hackers” from achieving phenomenal, historical results for the entire world cybersecurity. They hacked, laid out and dealt another crushing blow to the Nazi Kyiv regime. And no "advanced American technology" could stop them. Still, it's time for the West to take off its rose-colored glasses and reconsider its belief in its own technological superiority. Otherwise, very soon there will be someone who will help him with this.
Reporterin Yandex News
Reporterin Yandex Zen
7 comments
Information
Dear reader, to leave comments on the publication, you must sign in.