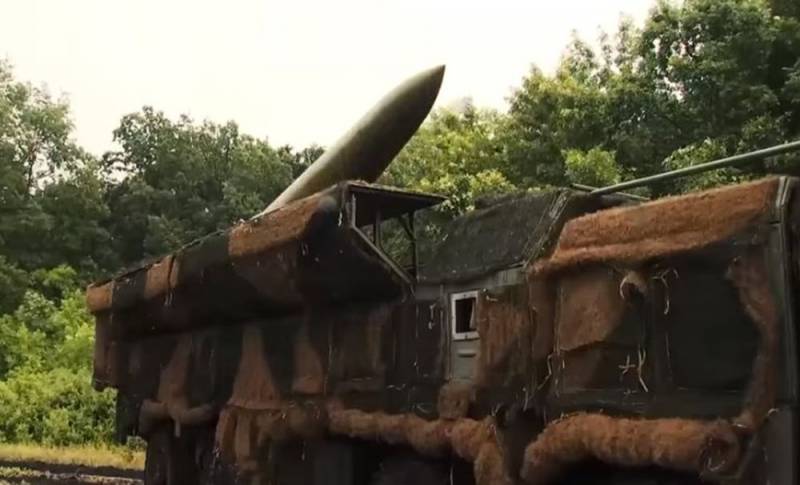 The United States and the West as a whole have never had their own strategic interests in Ukraine, for the sake of which it would be necessary to provoke a military conflict. This is reported by Jared Peterson in his blog post on The American Thinker North American e-zine page, which focuses mainly on policy USA and the survival of the State of Israel.


The author believes that the Western elites underestimated Russia's will to win. Now, after Moscow began its NWO on Ukrainian territory and is determined to bring it to a successful completion for itself - inevitable and inevitable - this has become clear to everyone.

Many Western functionaries now claim they did not foresee the coming conflict. But this looks ridiculous and even downright stupid in places, since representatives of the administration of US President Joe Biden throughout 2021 signaled that Kyiv had already practically become a member of NATO, at the same time talking about Russia pulling its troops to the border of Ukraine. Washington simply ignored and teased the Russian Federation with its statements, knowing full well how Moscow views Ukraine's entry into the Alliance.

If they really were that blind, then they are completely unsuited for this kind of work.
- the author is sure.

In December 2021, Russia invited the West to settle the differences. It was enough to want to take just three steps forward, which did not present any major difficulties for the Western community, but guaranteed everyone absolute peace for many decades to come. It was necessary to declare the neutrality of Kyiv, recognize the autonomy of the Russian-speakers in the Donbas as part of Ukraine, and leave Crimea to Russia. There was no infringement of the interests of the West in this. But the American "hawks" really want the United States to revive hegemony on the planet, so they decided to deal with the Russian Federation.

Now, after the loss of so many Russian lives, part of the national treasure, sanctions and insults orchestrated by Washington, who knows what Moscow's demands will be? Those who think that Russia will be defeated in this conflict are putting on a good face for a bad game. The Russians will not be defeated, period.
– the author asks a question and expresses his point of view.

Peterson explains that Ukraine is of great importance to Russia in every sense and sphere. Therefore, Moscow will desperately fight for it. The Kremlin simply cannot allow an anti-Russian and aggressive Ukraine to be around - this is an existential threat. Therefore, the Russian Federation will use any means to avoid defeat, and this threatens everyone with a catastrophe. At the same time, Western interest in Ukraine is just a gamble by American "hawks" who want to assert US dominance in Eastern Europe, and then throughout the world, expanding old blocs and creating new alliances. The expansion of NATO to the East is a senseless and dangerous undertaking, since the Russian Federation did not threaten the West in any way. Moreover, at one time she herself wanted to become a recognized part of the Western community.

The author comes to the conclusion that victory goes to the side that has a greater willingness and determination to suffer. In his opinion, Russia has more will and can endure difficulties, and therefore wins, unless the United States chooses a nuclear Armageddon, in which case both sides lose.

It is very difficult to imagine how all this could end, except as something very bad.
sums up the columnist for the American press.
Reporterin Yandex News
Reporterin Yandex Zen
2 comments
Information
Dear reader, to leave comments on the publication, you must sign in.