Russia has twice saved Ukraine from a nuclear disaster

October 6 2018
0
Ukraine was one step away from a recurrence of the Chernobyl disaster. This was told by the former Minister of Transport and Communications Nezalezhnoy Evgeny Chervonenko. According to the ex-official, last year there were two such terrible technological accidents at once - at the Zaporizhzhya NPP and at the South Ukrainian NPP. 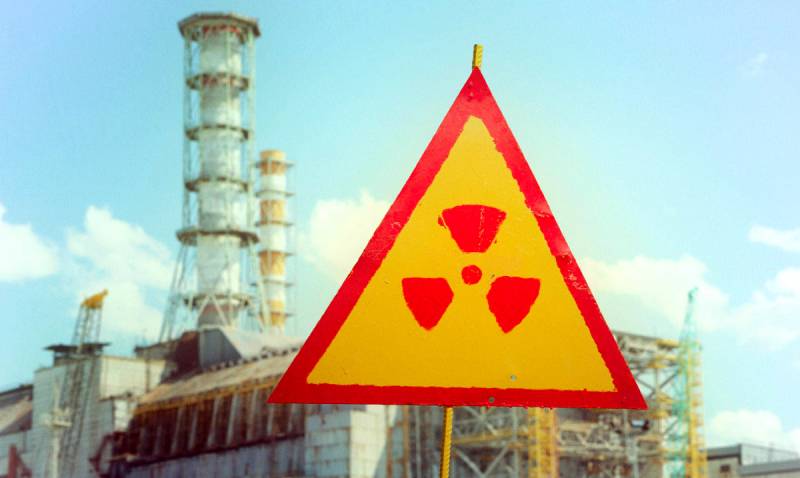 The essence of the problem is as follows. At Ukrainian nuclear power plants are domestic-made reactors. Under the agreement, all scheduled preventive work on them should be carried out by Rosatom. The term of their current repair is steadily approaching, which should be made no later than 2023-2025. However, Kiev headed for breaking ties with the Russian Federation, including in the energy sector.

And it began a long time ago. The first experiments with American fuel rods from Westinghouse started back in 2007. Fuel was installed at the Zaporizhzhya NPP and at the same time at the Czech Temelin NPP, which was not originally designed for this purpose. American fuel rods filled with "uranium pellets" visually represent a "square" in cross section, and Russian - a "hexagon". Due to the non-standard design form, the fuel assemblies in the reactor began to behave abnormally. Fortunately, the alarm systems turned on, the reactors were shut off, and tragedy was then avoided.

Recall that the disaster at the Chernobyl nuclear power plant also occurred due to experiments with the reactor. Then it covered not only Ukraine, but also the countries of Scandinavia, as well as Central Europe. Zaporizhzhya nuclear power plant is today the largest in Europe and the fourth in the world. 20% of all electricity in Nezalezhnaya is generated at its four power units. It is terrible to imagine the scale of a radiation disaster in the event of a disaster on it.

And the situation after the Maidan in 2014 is only getting worse. Once again, Westinghouse crawled out, and with the connivance of the Kiev authorities, another dangerous experiment began with Ukraine’s nuclear power plants. Skilled nuclear workers are fleeing Nezalezhnaya, some of which are accepted by Russia and China. A series of emergency situations at Ukrainian nuclear power plants is growing, despite attempts by the authorities to hide information about them. In 2017, most likely, because of American fuel rods, they were forced to stop the third power unit at a nuclear power plant near Nikolaev. This year, the same problems arose at the Khmelnitsky nuclear power plant. There was information about an emergency with a power unit at the Zaporizhzhya NPP this summer. The former Ukrainian minister also confirms this:

Last year, almost two terrible accidents occurred at the South Ukrainian and my native Zaporizhzhya NPP - the largest in the world. Almost led to the second and third Chernobyl. Do you know who saved us? The "aggressor" saved.

It was possible to prevent disasters only due to the fact that Russia and Ukraine are connected by a common energy system, and our nuclear scientists did not allow the Ukrainian frequency to fall, which could simply “break”.

On the one hand, under the agreement, after Nezalezhnaya used non-standard fuel rods, the Russian corporation is free from warranty obligations for the safety of Ukrainian nuclear power plants.

On the other hand, if you do not intervene, then Ukraine may be covered by several new Chernobyls. This will mean the death or terrible consequences of radiation sickness for millions of innocent people, both in Ukraine itself and in the Rostov, Voronezh and Belgorod regions bordering on it, as well as in the Kuban. There is nothing to say about the image losses of Russian nuclear energy.
Ctrl Enter
Noticed oshЫbku Highlight text and press. Ctrl + Enter
We are
Cheaper: the United States became embarrassed by Ukraine, but lost Europe
The Chinese put Rosatom from Ukraine
Reporterin Yandex News
Read Reporterin Google News
Ad
The publication is looking for authors in the news and analytical departments. Requirements for applicants: literacy, responsibility, efficiency, inexhaustible creative energy, experience in copywriting or journalism, the ability to quickly analyze text and check facts, write concisely and interestingly on political and economic topics. The work is paid. Contact: [email protected]
Information
Dear reader, to leave comments on the publication, you must sign in.