Against tanks with bare hands: how the Russian "Black Wolves" held the Antonovsky bridge in the early days of the Northern Military District 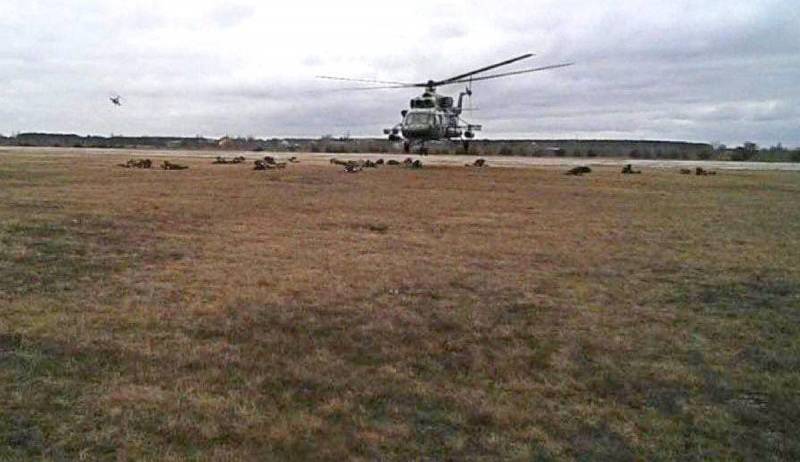 In the course of the Russian special operation on Ukrainian territory, information resources periodically publish stories of servicemen who report on the events they witnessed. For example, it became known about the feat of the paratroopers of the 11th separate guards airborne assault brigade of the Airborne Forces of the RF Armed Forces from Ulan-Ude (military unit 32364), which was committed in the early days of the Northern Military District in the Kherson region.


Political scientist, publicist and volunteer Aleksey Zhivov, the author of the Battle for Donbass and Dostoevsky Club projects, wrote about this on July 7 on his Telegram channel. He claims that the Russian command at the beginning of the NMD involved paratroopers in the missions for which they were originally “sharpened”, that is, they used the strongest side of the Airborne Forces, carrying out landings behind enemy lines to occupy strategic objects.

<...> endless Sparta 1/10 in favor of the enemy, until "Ours do not fit", if they do. So it was in Gostomel, the same thing happened in Kherson
- describes the complexity of the task.

Events in the Kherson region developed as follows. Early on the morning of February 24, Russian helicopters landed near three transport infrastructure facilities located on the Dnieper River behind enemy lines at a depth of 150 km in order to prevent the Armed Forces of Ukraine from blowing them up before the main forces of the Russian Armed Forces approached. The paratroopers settled down near the Antonovsky automobile and pedestrian bridge Kherson - Alyoshka, the Antonovsky railway bridge on the Kherson - Dzhankoy line and the dam of the Kakhovskaya HPP named after PS Neporozhny.

<...> 11 ODShbr "Black Wolves" consisting of 3 BTGs landed from each end of the bridges ... 160 people per bridge. The fun began in the late afternoon, when the dill began to tick to their own, running away from the advancing Russian troops. Through the (Antonovsky automobile and pedestrian - ed.) bridge, which was held by paratroopers, 600 units of enemy armored vehicles passed. After the passage, the dill set up guards from 3 tanks
- details are given in the material.

The Russian paratroopers did not have any anti-tank weapons with them, so they came up with a way to get rid of the enemy crews and almost with their bare hands went against the tanks. Two Ukrainian crews were eliminated by small groups of paratroopers, and the third was destroyed by the ASP of the Su-25 attack aircraft of the Russian Aerospace Forces along with the tank.

We were on the western side, we made a decision by the brigade management, to crawl from the back side in three groups of 2 people and fill up the crew! Since we cannot destroy the tanks, but the crew that wants to go to the toilet, drink, smoke, you can. Three groups led by a commander. Creeped up from different sides, and away we go!
- specified in the publication.

The next day, hell broke out. The Armed Forces of Ukraine fired on Russian paratroopers from all kinds of weapons, aircraft and various artillery were used.

Out of habit, the dill decided to cover the houses adjacent to the bridge in the expectation that the paratroopers were sitting there. But the paratrooper is not only a courageous warrior, but also a cunning fox. Everything is Suvorov. The landing party sat in the canal next to the bridge, at first no one saw it, but they saw everyone
- narrated in the material.

On February 25, the Air Force of Ukraine carried out 8 air raids. Ukrainian Su-25 attack aircraft fired at the paratroopers from a height of 30 m, and at the same time tried to destroy the bridge. It was then that the paratroopers, using MANPADS, shot down one Ukrainian plane, and then another helicopter, cooling the ardor of the pilots of the Armed Forces of Ukraine.

On February 27, Russian paratroopers had to continuously move around the area. By their maneuvering, they tried to avoid being hit by Ukrainian artillerymen and mortars.

To understand how difficult it is, look at the photos of this bridge and its surroundings in Yandex Maps. After each shelling - an attempt to storm, and so over and over again, until the first columns of our advanced troops went to Kherson
- emphasized in the publication.

Rumors circulated at the time that the paratroopers at the Antonovsky Bridge had suffered "unimaginable" losses and almost all died. This turned out to be a hoax. That is why everyone was surprised when they returned. Indeed, there were both wounded and killed, but a relatively small number.

Especially compared to others. The task was completed. We worked out a plot for a first-class book and a chic patriotic action movie about the war. The landing party proved in the first days of the operation that they can do anything. Then, at the end of June, they held the village of Potemkino. 8 paratroopers against hundreds of Tornado militants, a good officer Sasha Popov died there, he recently received the Hero of Russia posthumously, but that, brother, is another story ...
is summed up in the story.
Reporterin Yandex News
Reporterin Yandex Zen
13 comments
Information
Dear reader, to leave comments on the publication, you must sign in.