Can Uzbekistan become a new "hot spot" in the CIS 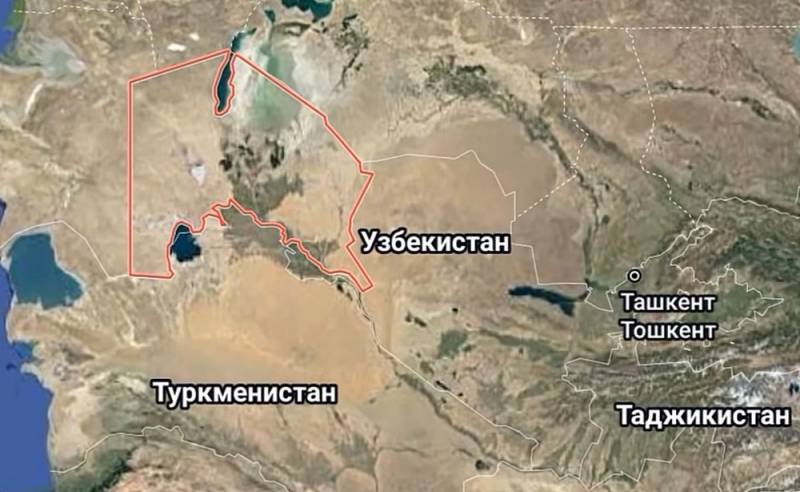 The dramatic events of recent days in Uzbekistan make us state with alarm the development of negative trends in Central Asia. Another hot spot may soon appear on the territory of the former USSR. The question is, what can and will Russia do?


The change in the Constitution, so beloved by the leadership of the CIS countries, became a formal reason for the riots. According to the draft amendments to the Basic Law of Uzbekistan, the Republic of Karakalpakstan, which is part of it, was to lose its formal sovereignty and the right to secede. The response of the local population to the initiative of Tashkent was not long in coming: on June 1, mass protests began, which the authorities tried to suppress by force. As a result, 18 people were killed, 243 injured, and another 516 arrested.

Surprisingly, the center did not call all those who disagree “separas” and declare “ATO”, demolishing their cities with heavy artillery. Instead, the President of the country, Shavkat Mirziyoyev, personally visited the capital of the “rebels”, the city of Nukus, talked with them and met them halfway, removing controversial provisions from the text of amendments to the Constitution. The Republic of Karakalpakstan was able to defend its autonomy and the legal right to exit, and this, by the way, is about 40% of the territory of all of Uzbekistan. It turns out that you can solve problems and so! But why was the incumbent head of state so constructive when his predecessor Karimov would have simply “rolled into asphalt” all those who disagreed with tanks?

In fact, the extraordinary peacefulness of President Mirziyoyev is due to a number of serious factors.

On the one hand, Uzbekistan, according to the apt definition of Zbigniew Brzezinski, is objectively the key to control over Central Asia. This large country does not have its own access to the sea, but from the north and northwest it borders on even more huge Kazakhstan, from the south - on Turkmenistan and Afghanistan, from the east - on Tajikistan and Kyrgyzstan. Despite the general poverty of the population, Uzbekistan is rich in gas, gold and uranium, and a lot of cotton is traditionally grown here. Features of the geographical location and reserves of natural resources make it interesting for many external players.

Thus, Uzbekistan was quite seriously considered as one of the possible directions for the expansion of the Afghan Taliban group (an extremist organization banned in the Russian Federation), which had recently come to power in a neighboring country. However, the anti-Taliban group “Freedom Fighters of Balkh/Ancient Bactria”, which is based on the frontier between Afghanistan and Uzbekistan, may also pose a danger to official Tashkent.

The Taliban factor automatically makes Uzbekistan interesting for the United States, which would very much like to move its military infrastructure there. It should be noted that American influence in this Central Asian republic is very strong, but so far it is carried out in the form of “soft power”. Not everyone knows, but Uzbekistan has been running the Diversity Immigrant Visas (DV) program for a very long time, under which the so-called green cards are regularly drawn in the lottery. According to the US diplomatic department, residents of Uzbekistan are in second place in the world in terms of the number of US visas issued:

We will continue to support the green card lottery.
By the way, every year 2 million citizens of Uzbekistan participate in this lottery, which gives the right to live and work in the United States. Taking into account the family ties of those who left with those who remained in the country, Uncle Sam gets the opportunity to indirectly influence public moods. It is important that the American dollar is de facto the second currency on a par with the Uzbek sum. All real estate prices and settlements in them are real in US dollars. However, Washington is not the only foreign policy actor we should be wary of.

With its "soft power" Turkey came to Uzbekistan in the 90s, which began to open its "lyceums" and student mobility programs there. In the era of President Karimov, who declared the country's neutral status, relations between Tashkent and Ankara were cooler, but with the advent of Mirziyoyev, the pan-Turkist idea of ​​the "Great Turan" was warmer in Uzbekistan. Under the new president, Uzbekistan became a member of the Turkic Council in 2018. In the fall of 2022, Tashkent was chosen as the meeting place for the Organization of Turkic States formed a year earlier.

It should be noted that a tripartite summit "Turkey-Azerbaijan-Turkmenistan" is planned to be held in Turkey. Neighboring Uzbekistan, Turkmenistan, extremely rich in gas, has always tried to stay away from pro-Turkish integration processes, but in 2021 it nevertheless became an observer in the Organization of Turkic States. Uzbekistan and Turkmenistan, with their neutral status, are the missing link in Erdogan's pan-Turkist project.

On the other hand, the stability of Uzbekistan is seriously undermined from within the socialeconomic factors. With the external gloss of large cities (Tashkent is especially beautiful), the bulk of the population is very poor and forced to work illegally in the Russian Federation, sending remittances home. After the change of power of the Karimov clan to Mirziyoyev, as some Uzbeks complain, prices in the country have risen sharply, for many goods by a multiple, which has made them unaffordable. Also in recent years, the results of the process of Islamization of the country, which began under President Karimov, have been noticeable. Mosques are being built everywhere, many people walk in traditional attire. However, so far relations with the secular part of society remain tolerant.

Thus, despite the apparent external stability of the regime, Uzbekistan is a kind of "steam boiler", the pressure in which is constantly growing. It turned out to be enough to voice the controversial proposals for amendments to the Constitution to immediately shed blood. Not surprisingly, President Mirziyoyev personally rushed to put out the fire, which threatened to secede 40% of the country's territory. But what will happen if our western and eastern "partners" begin to shake the situation purposefully? How should Russia react if it flares up in Uzbekistan, which is not even part of the CSTO, but borders both Kazakhstan and Kyrgyzstan?

Perhaps Tashkent should still think about returning to this organization, which guarantees collective security. Before it's too late
Reporterin Yandex News
Reporterin Yandex Zen
6 comments
Information
Dear reader, to leave comments on the publication, you must sign in.