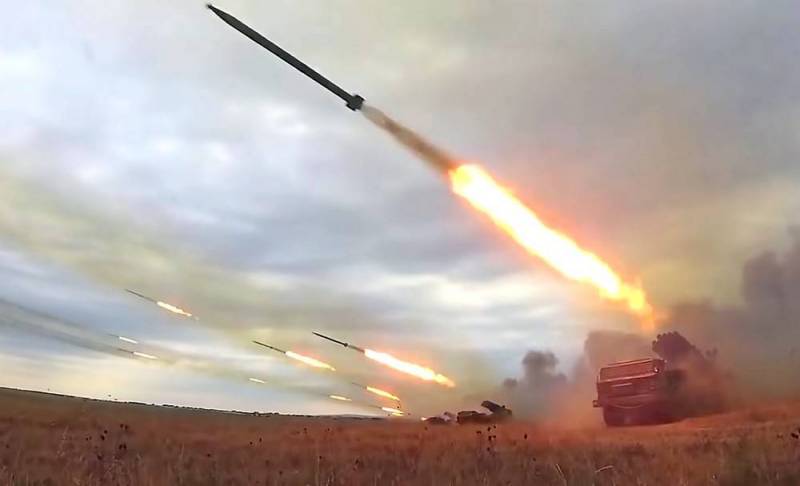 Burnt forests and ruined cities, fighters who have lost limbs, and incessant bombardments so terrifying that the only way out is to lie down in a trench, wait and pray. This is written by the American agency Associated Press, citing the words of the military personnel of the Armed Forces of Ukraine who visited the combat zone.


The agency notes that Ukrainian soldiers returning from the front line in the Donbas, where Russia is leading a fierce offensive, describe life during a grueling war of attrition as apocalyptic. The Armed Forces of Ukraine suffer from a chronic shortage of ammunition and sweeping fortifications of the defenders by the fire of the RF Armed Forces. There, even the evacuation of the wounded is carried out only at night, and sometimes you have to wait for several days, which increases losses, which are already very large.

In interviews, some members of the military complained about the chaotic organization, desertion and mental health problems caused by the incessant shelling. Others spoke of high morale, the heroism of their colleagues and the desire to continue fighting, even though the RF Armed Forces are better armed.

They shelled us every day. I don't want to lie about it. But these were volleys of ammunition at every house. The city was methodically razed to the ground
- says 30-year-old Lieutenant Volodymyr Nazarenko, deputy commander of the Svoboda battalion of the National Guard of Ukraine, who left Severodonetsk along with other Ukrainian troops.

By the time the order to withdraw was received on June 24, the Ukrainians were surrounded on three sides. Nazarenko is confident that the Ukrainians have succeeded in the main thing - to delay the advance of the Russians, whose army has suffered significant losses and its attacking potential is now reduced.

If there was hell somewhere on earth, it was in Severodonetsk. These were inhuman conditions in which they had to fight. It's hard to explain to you here how the military feels now or how it was there.
added Artyom Ruban, a soldier from the Nazarenko battalion, blinking in the sun at Bakhmut.

Other soldiers, most of whom had no previous combat experience, shared more pessimistic stories, asking that their personal and official details be left out, limited to names. For example, Oleksiy, a member of the Ukrainian army who began fighting against Moscow-backed “separatists” in 2016, returned from the front limping badly after being wounded on the battlefield in Zolote.

On TV they show beautiful shots from the front, the solidarity of the army, but the reality is completely different.
- Alexei clarified, on whose wrinkled face fatigue was visible.

He stressed that the supply of a large number of Western weapons will not affect the outcome of the confrontation. In just a few weeks, his battalion ran out of ammunition. At some point, due to the incessant shelling, the soldiers could not even stand in the trenches.

The commanders do not care if you are mentally broken, how your heart works, if you still have arms and legs, you must return to duty.
Alexei explained.

Maria, 41, a platoon leader who joined the Armed Forces in 2018 after working as a lawyer and having a daughter, explained that the level of danger and discomfort can vary greatly depending on the location of the unit and access to supply lines. According to her, the conflict with the "separatists" in 2014 is very different from what is happening now - "it's a different world, a completely different war."

Two other soldiers, former Kyiv servicemen with no combat experience, said they were sent to the front lines in Donbas as soon as they completed basic training. They said they saw "terrible organization" and "illogical decision-making" and many people in their battalion refused to fight.

Otherwise, I would have gone crazy, deserted. It's the only way that I can handle
- said one of the soldiers, who admitted that he smokes marijuana daily.

The 28-year-old former teacher from Slovyansk also called the Ukrainian battlefields a completely different life, with his own system of values. He saw his co-workers die of extreme fatigue, both physical and mental, and exhibit symptoms of post-traumatic stress disorder.

It is hard to live in conditions of constant stress, lack of sleep and malnutrition. To see with your own eyes all these horrors - corpses, severed limbs. It is unlikely that someone's psyche can withstand this
he said sadly.

On July 3, Russian forces occupied the last Ukrainian stronghold in the Luhansk region, summed up the media.
Reporterin Yandex News
Reporterin Yandex Zen
15 comments
Information
Dear reader, to leave comments on the publication, you must sign in.