The Guardian: Russia is not to blame for food shortages 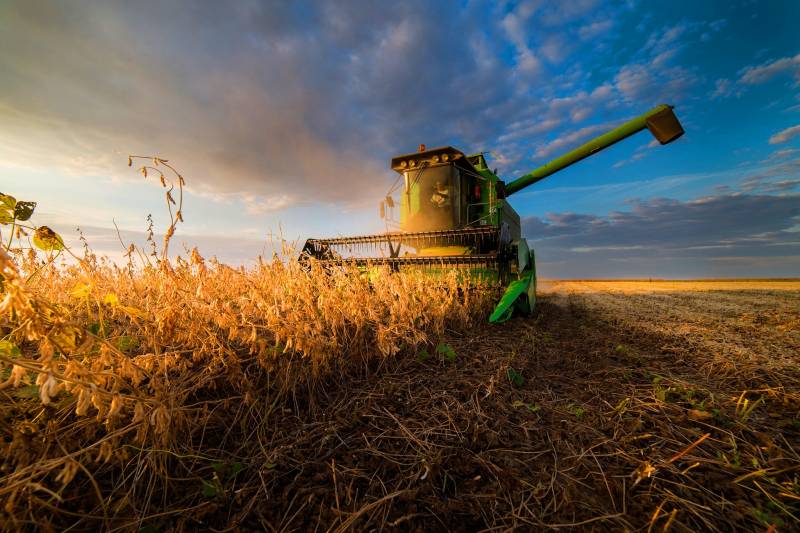 The foreign media's assessment of the degree of "Russia's fault" in the expected global food shortage is rapidly changing. If earlier the “progressive” press blamed exclusively “bad Russians”, according to the West, who prevented the export of grain from Ukraine, now the real reasons are beginning to surface.


In particular, the topic was again raised by the British newspaper The Guardian. Not forgetting to scold the Russians with one line, the publication nevertheless delved into problems of a different kind, which became the real cause of the food shortage.
The new article emphasizes that unprecedented weather disasters that swept the planet and affected crop yields are to blame.

In particular, an example is given of how one Southern California company has experienced poor red pepper yields in recent years. What is the reason? Severe weather and drought in neighboring Mexico. And it's not just about pepper, if we talk about spices. Mustard growers in France and Canada said extreme weather caused seed production to drop by 50% last year, leading to shortages of the seasoning on grocery store shelves now.

In India, heatwaves have damaged wheat crops, leading the government to ban wheat exports. Maize production is not doing very well either, with ever smaller areas yielding cocoa, grapes, coffee and other much-needed crops.

The United States itself was also hit by the storm. Wheat and other crops are particularly vulnerable there. On the Great Plains, where most of the American wheat is harvested, drought has wiped out the winter crop. Crop failure rates for this parameter, primarily in Texas and Oklahoma, are the highest since 2002. Meanwhile, in Montana, flooding is already threatening the entire grain crop.

Apples are another essential food that is already at risk. Last year's harvest in Michigan and Wisconsin was extremely low due to heavy spring frosts. According to the US Department of Agriculture, climate change could lead to even more pronounced declines in crop yields.
Reporterin Yandex News
Reporterin Yandex Zen
1 comment
Information
Dear reader, to leave comments on the publication, you must sign in.