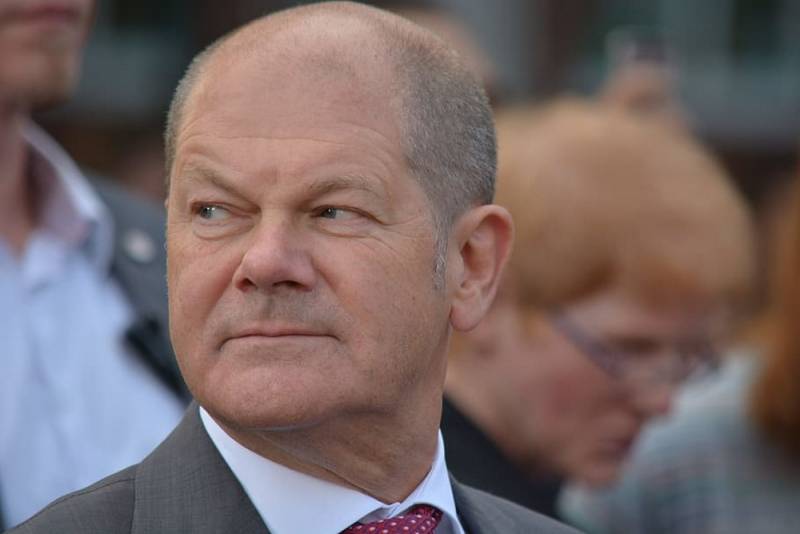 With the start of a special military operation in Ukraine, another illusion and dream of the progress of human society collapsed in the world. The world order has changed, or rather, returned to the past. In Europe, a negative dynamic is set in motion, which, as it seemed, had long been “buried” after the last world war. This was stated by German Chancellor Olaf Scholz, speaking on the CBS channel in the program Face the Nation.


According to Scholz, the operation of the Russian Federation in Ukraine "knocked the world out of a state of complacency." There is more sobriety and meaningfulness, realism regarding the general state of affairs. Again, they do not believe the promises, again on the agenda are rules that would act and prevent the emergence of conflicts.

It seems that until recently everyone lived in a world of hope that after the Second World War the experience of the present will be different from the past that was accumulated many centuries before. But we were wrong
the chancellor said.

In a way, Scholz continued, the world existed under conditions where there was some kind of public agreement not to repeat past mistakes and not to solve problems by military means, but hopes were in vain.

Unfortunately, this illusion has been shattered by Russia
Scholz believes.

The head of Germany is confident that Russian leader Vladimir Putin is the strongest personality, but still a model of the past, for example, the XNUMXth or XNUMXth centuries, since he deviated from the European norms of a social peace treaty.

What is Putin thinking? He thinks like an imperialist of the past. The head of the Russian Federation sees the struggle of nations as the foundation of the foundations, as a competition, as a path to prosperity and greatness. And if you are strong enough, you can win and enjoy the achievements. In the present, such ideas can no longer be relevant and perceived as justifying military ways.
Olaf Scholz summed up.

The chancellor believes that the world in which humanity will live in 2050 will become multipolar. All countries will take their place, there will be no centers of influence. The US, Russia, China, the EU, Africa, and India, to name a few, will become self-sufficient rather than someone's junior allies or dependents.

But now, according to Scholz, the special operation in Ukraine will stop only if Putin decides that he must stop it. And nothing else. It is unlikely that Russia will be able to stop the implementation of its plans in another way. And only after the conflict is resolved can bold plans for the development of the whole world, devoid of unipolarity, be implemented.
Reporterin Yandex News
Reporterin Yandex Zen
17 comments
Information
Dear reader, to leave comments on the publication, you must sign in.