The largest reservoir in the United States has become record shallow 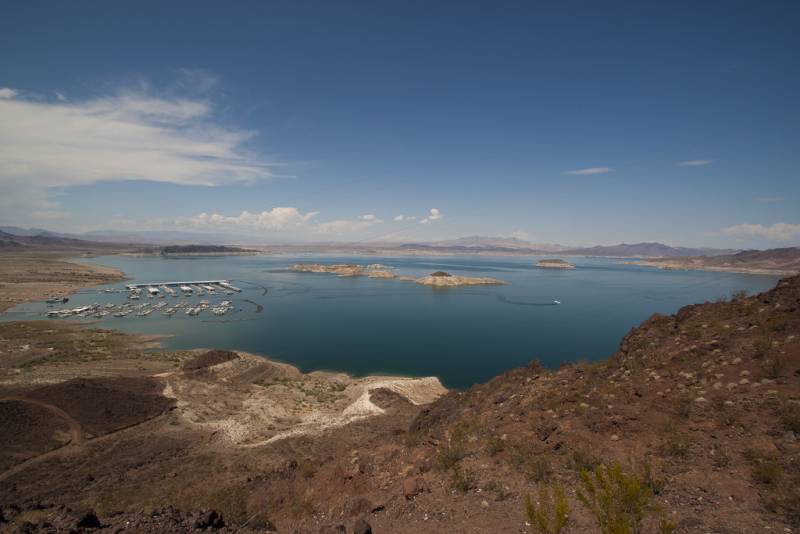 The Lake Mead reservoir on the border of Nevada and Arizona, the largest in the United States, has sunk to 1044,03 feet (approximately 318 meters), the smallest depth of a reservoir since its formation in the 1930s after the construction of the Hoover Dam on the Colorado River.


The white line on the map shows the border of the lake in June 2013. 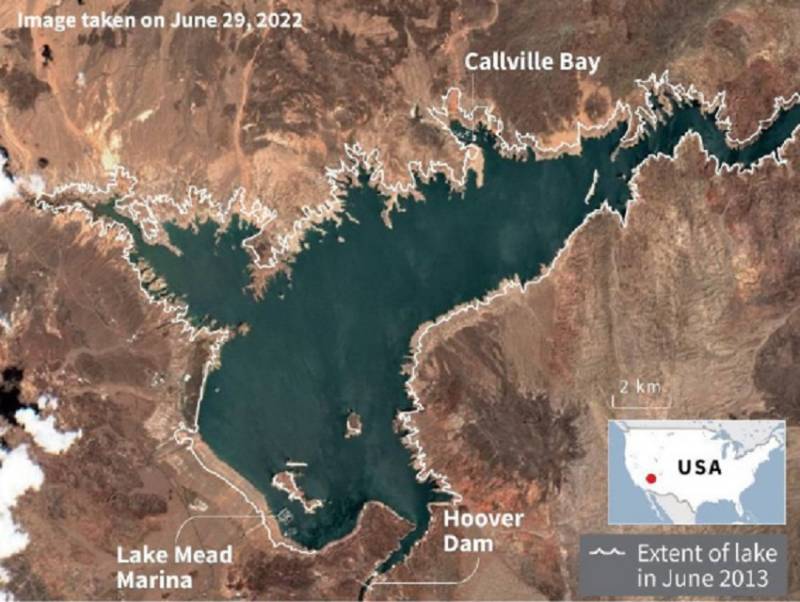 The last time the reservoir was almost completely filled was in 1999, and since then its level has been falling. If the lake becomes shallow to 895 feet (approximately 273 meters), this will entail huge negative consequences for the population of Arizona, California, Nevada and the surrounding areas of Mexico. Robert Glennon, professor emeritus at the University of Arizona, warned about this.

According to the expert, frequent droughts, exacerbated by climate change and an increase in demand for water resources in the southwestern United States, have contributed to the depletion of the reservoir in the past two decades. Further shallowing of the lake may lead to the exhaustion of the hydropower potential of the reservoir.

Meanwhile, a similar situation is developing in the neighboring regions of the country. Thus, the authorities appealed to the residents of Texas with a request to reduce electricity consumption due to the unfavorable situation that has developed at energy facilities due to heat.
Reporterin Yandex News
Reporterin Yandex Zen
5 comments
Information
Dear reader, to leave comments on the publication, you must sign in.