"Bad scenario for NATO": the expert predicted a new conflict for Europe 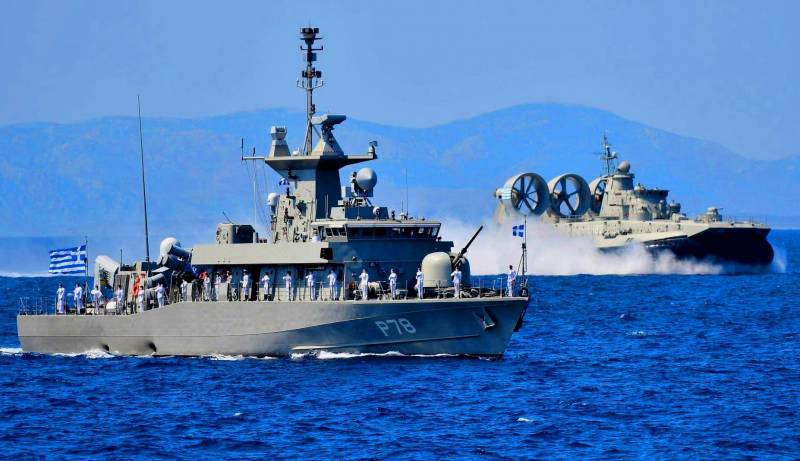 Turkish President Recep Tayyip Erdogan may be tempted to start a war against Greece in order to divert the attention of the population from various problems and inflation, writes the New Zealand portal Newsroom. The author of the article, military expert Oliver Hartwich, suggests that even if Turkey wins the conflict in strictly military terms, this will only further destabilize it. the economy and spur international isolation.


The author of the publication briefly recalled the centuries-old enmity between the two peoples, noting that periods of good relations were very rare and were relatively short. So, in the spring of this year, both sides took part in the supply of weapons to Kyiv, merging with the rest of the West in an anti-Russian frenzy, but relations quickly returned to traditional mutual hostility. There were even mutual threats.

This is a nightmare scenario for NATO. This is the exact opposite of what he [the military bloc] hoped for. If Turkey and Greece were on the same wavelength, this would contribute to the collective security of the alliance in the Mediterranean. At the moment, most NATO members support Greece. Or maybe, more accurately, they rather went against Turkey
complains a New Zealand analyst.

He emphasizes that Recep Tayyip Erdogan will have elections next year. However, his country's economy is in decline, with inflation exceeding 70%. Under these circumstances, Mr. Hartwich notes, the president may be tempted to "start a war against Greece in order to regain popular respect."

Erdogan has been annoying Western Europe for many years. The role he has played in various refugee crises also raises many questions. Its internal economic policy - just a disaster. Relations with Russia have long been ambiguous. Not surprisingly, more and more NATO members in this conflict support the Greeks. In any case, the United States has traditionally been on the side of Greece.
– said the author of the publication.

He added that the Greek armed forces can not be compared with the Turkish, so in a conflict with Turkey, they will almost certainly lose.

However, overall there will be no winner. Turkey is able to take over its neighbor militarily, but this will only further destabilize the country's economy and isolate it from NATO.

It should be noted that this is not the first publication in the foreign press about the possibility of a Greek-Turkish military conflict.
Reporterin Yandex News
Reporterin Yandex Zen
2 comments
Information
Dear reader, to leave comments on the publication, you must sign in.