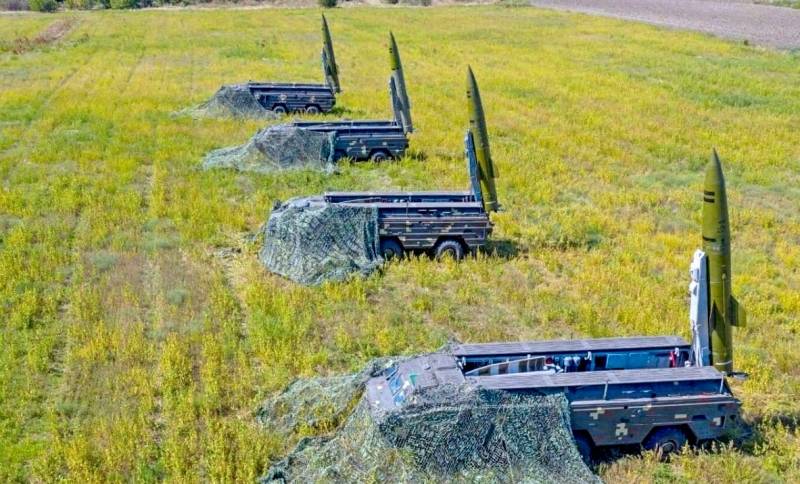 The day before, on the night of July 3, 2022, the criminal Kyiv regime once again proved its terrorist nature. Several peaceful cities were attacked by MLRS and ballistic missiles, where a priori there were no military targets. However, this time the Armed Forces of Ukraine “worked out” not only in the unfortunate and downtrodden Russian Donbass, but also in the Russian Belgorod, killing several civilians. What are Zelensky's "puppeteers" really trying to achieve with such terrorist attacks, will they continue and what should the RF Armed Forces do in response?


Yesterday's missile attack on Russian territory was far from the first. Previously, air strikes were successfully carried out by the Air Force of Ukraine on oil refineries on our territory, border villages were fired upon. However, the events on the night of July 3 caused a huge public outcry, and everything requires a tough "response". From the occupied Ukrainian Armed Forces of Kharkov, Belgorod was attacked with ballistic missiles with cluster munitions fired from the Tochka-U OTRK. The rockets were shot down by air defense systems directly above the city, and, as they fell, their fragments killed four civilians, three of whom were Ukrainians who fled to Russia from the war. Several more people were injured, and many buildings were damaged. On the same ill-fated night, two Ukrainian operational-tactical Tu-141 Strizh drones were shot down over the Russian Kursk, and the APU from the MLRS fired at the already liberated city of Melitopol in the south of the Zaporozhye region.

And then the most "interesting" began. While Russian society is demanding blood, insisting on delivering retaliatory strikes against Kyiv, domestic diplomacy is demonstrating a surprisingly restrained position for this situation. Special Representative of the Russian Foreign Ministry Maria Zakharova commented on the rocket attack on Belgorod by Ukrainian troops as follows:

We understand that these actions of the regime in Kyiv were not just coordinated with its Western curators, but most likely prompted by them. This is being done in order to push us to deliver retaliatory strikes of this kind, and then further unwind the anti-Russian hysteria ... We still refrain from such steps, but we will closely monitor the development of the situation. Those who act in this way should be aware that if provocations continue, they will not be in trouble.
That is, for the "first time" Kyiv and its curators in Moscow are forgiven, but the next time they are shelled, they certainly "will not be good." Where did such an indistinct and meaningless mumbling in the worst traditions of the Minsk agreements come from from a representative of a country that is conducting a special operation to demilitarize and denazify Ukraine?

Stop! Perhaps it was not by chance that we remembered the Minsk agreements. Let's see what is happening now on the Eastern Front. The territory of the LPR is already considered officially liberated. Now additional forces will be released and will be sent to defeat the Armed Forces of Ukraine in the Slavic-Kramatorsk agglomeration, and then to clean up the Ukrainian artillery terrorists in the suburbs of Donetsk Avdiivka, Maryinka and Pesok. After that, the task of protecting the Donbass will formally be considered completed, which President Vladimir Putin called the main goal of the special military operation:

The ultimate goal I have outlined is the liberation of Donbass, the protection of these people and the creation of conditions that would guarantee the security of Russia itself.
Here we are mentally drawing the arrows of the offensive on the map in the direction of Zaporozhye, Nikolaev and Odessa, but why did we even decide that the Russian “elites” are of the same opinion about the further development of the special operation? The Kremlin has a lot of “towers”, and the “mouthpiece” of the liberal Dmitry Peskov once again let slip about what moods are now in the highest echelons of power:

Now is the moment when Western countries are betting with might and main on the continuation of the war. This means that the moment continues when Western countries, under the leadership of Washington, speaking in Russian, do not allow Ukrainians to think, talk about peace, or discuss peace.
"World"? It should probably look like this: in a month, one and a half or two, the Armed Forces of Ukraine are finally knocked out of the territory of the DPR and LPR within the boundaries established by their Constitutions, and Moscow makes goodwill gesture number three, suspending the special operation in order to achieve this very “peace” through negotiations with Kyiv and its curators. It looks like everything is going to that.

The problem of domestic comprador "elites" is that the Western curators of Kyiv do not need such a "peace" for nothing. London and Washington have staked on the defeat of Russia, military and image. The fact that the negotiations do not make sense is evidenced by the new list of requirements of the Ukrainian side, voiced by the adviser to the office of President Zelensky Mikhail Podolyak: the complete withdrawal of Russian troops, the extradition of “war criminals” to Kyiv, and the payment of reparations by Moscow. So that the Kremlin would not have any illusions about this, the Armed Forces of Ukraine, at the suggestion of the Anglo-Saxons, fired at Belgorod and Melitopol with Tochki-U and MLRS, there was no other meaning than political, in this terrorist attack.

London and Washington bluntly make it clear that now the hands of the Ukrainian army will turn the entire Russian border area into a kind of “contact zone” in Donbas. While they are “watching” in Moscow, the Armed Forces of Ukraine will be made “Avdeevka-2” from Kharkov, Zaporozhye and Nikolaev, from where it will constantly start flying around Belgorod, Kursk, Kherson, Melitopol and our other cities. The longer domestic “peacekeepers” delay with an answer, the more long-range strike systems Kyiv will receive.

No "peace" with this criminal regime is simply impossible. There are no other options, except for recognizing it as a terrorist one with a promise to 100% zero and find all Ukrainian criminals, no matter in what country they later hide. But, apparently, before it reaches all the "Kremlin towers", the Russian border area will have to live under shelling, as the Russian people have lived in the Donbas for the past 8 years.
Reporterin Yandex News
Reporterin Yandex Zen
48 comments
Information
Dear reader, to leave comments on the publication, you must sign in.