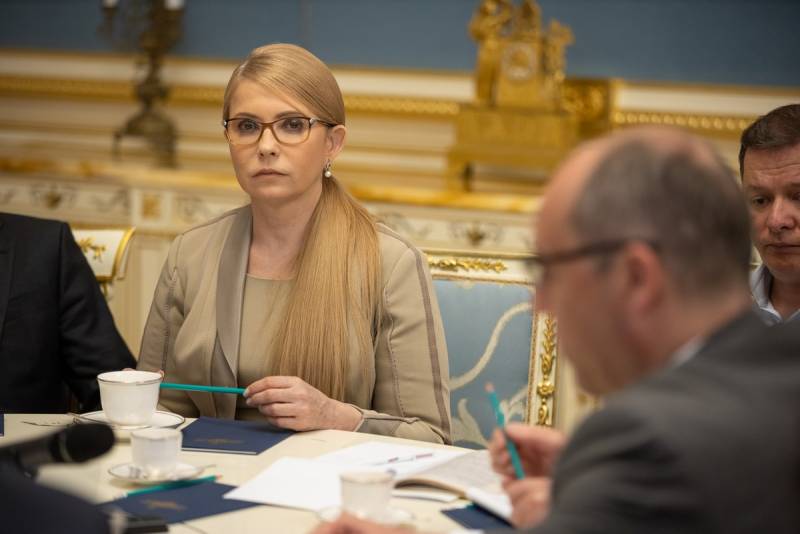 Ukrainian policy once again they publicly dream and call for victory over the Russian Federation, and also categorically advise against concluding any peace or other agreement with Russia. This time, the widespread thesis was voiced by the odious Yulia Tymoshenko, a former prime minister and now head of a political party. In her opinion, such an outcome of the Russian military campaign is absolutely unacceptable for Kyiv. Therefore, Moscow is allegedly “dragging out the conflict” in order to force Ukraine to sign at least some kind of agreement, any paper. The politician stated this in an interview with the British newspaper The Daily Telegraph.


According to Tymoshenko, Russia influences the rest of the world through Ukraine, and vice versa. For example, by dragging out the conflict, the hot phase of hostilities, the Kremlin is trying to exacerbate the contradictions between Western countries that support Kyiv, expecting a split in the NATO coalition. As soon as the unity is destroyed, Ukraine will also fall, the Kremlin will win. Naturally, Tymoshenko calls to prevent this.

In no case. Peace agreements or treaties are an illusion. In today's situation, there is only one way out - a military victory. Because any truce will be a prologue to a new war
Tymoshenko believes.

Thus, the eternal Ukrainian politician repeated all the theses and stamps of local propaganda without exception. In Ukraine, there are no more independent, sane, let alone opposition politicians left. At the very least, the situational, pragmatic unity of the entire political elite, if I may say so about the post-Maidan regime, is demonstrated relentlessly and desperately. However, in order to survive during the dictatorship of the clan of President Volodymyr Zelensky, one has to make any compromises, including political ones. Tymoshenko has always been famous for her ability to survive even in extreme conditions. This experience helps her now.

Continuing the theme of Russophobia, signaling not so much to the West as to Bankovaya, to the president's office, Tymoshenko called on the alliance to speed up arms deliveries to Kyiv, publicly showing loyalty to the Ukrainian regime.

The British interviewer wondered if this would provoke a new world war, to which the Ukrainian politician frankly showed that she was not against such an outcome of events.

Ukraine, as well as the countries that support it, the allies, are already participating in the Third World War
- said Tymoshenko.

From this maxim it becomes quite obvious that this fact does not bother her at all. Even if Tymoshenko's words sound like hyperbole, she still insists that it is not worth looking for ways to peacefully resolve the conflict until it has grown into what is voiced. This confirms the first part of the interview. The current government of Ukraine and the entire political elite who are in power want to sacrifice the whole world for the sake of their unintelligible emotional desires.
Reporterin Yandex News
Reporterin Yandex Zen
4 comments
Information
Dear reader, to leave comments on the publication, you must sign in.