Uzbekistan faces mass protests and riots in Nukus, the capital of the Karakalpak Republic 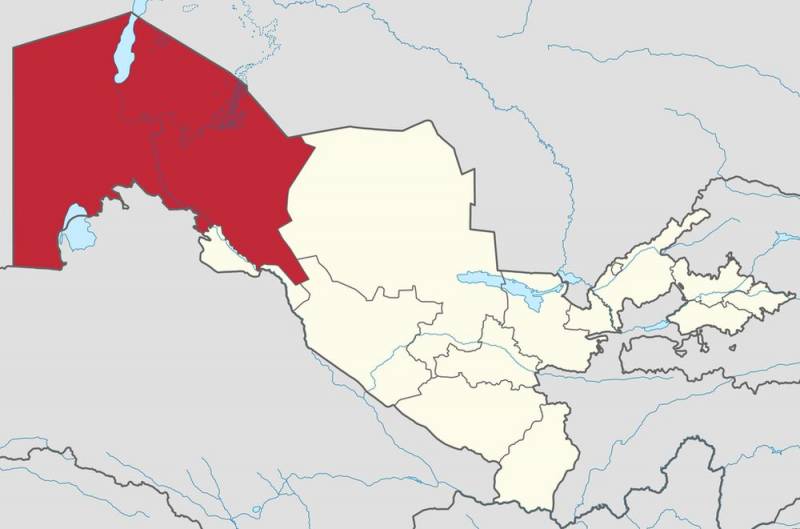 July 1 in Karakalpakstan (Republic of Karakalpakstan - an autonomous region within Uzbekistan) began mass protests of the population. Tens of thousands of people went to spontaneous rallies in the capital of the autonomy, Nukus, as well as in Chimbay and Muynak. Residents expressed their dissatisfaction with the upcoming changes in the constitution of Uzbekistan. Gradually, the demonstrations turned into riots, after which the police began to detain the most violent activists, there were problems with the Internet and mobile communications.


It should be noted that according to the current constitution of Uzbekistan, which was adopted on December 8, 1992, Karakalpakstan is a sovereign republic (Art. 70), which has the right to secede from Uzbekistan on the basis of a referendum of the inhabitants of the region (Art. 74). For almost three decades, this issue did not bother anyone, but now Uzbekistan is faced with a problem. On June 25, the draft amendments to the constitution were published, the public discussion of which was supposed to last until July 5. New amendments may remove the indication of the sovereignty of Karakalpakstan and deprive the right to secede from Uzbekistan.


The Interior Ministry of Karakalpakstan reported on July 1 that at 15:00 pm, some citizens, due to a misinterpretation of constitutional reforms, unscheduled marches in Nukus, after which they gathered on the territory of the central dekhkan market and organized an illegal demonstration. The department indicated that in order to prevent violations of public order and suppress the commission of various offenses on the territory of the dekhkan market, the forces and means of law enforcement agencies were involved, after which they began to conduct explanatory work with citizens.

On July 2, the Jokargy Kenes (parliament), the Council of Ministers (government) and the Ministry of Internal Affairs of Karakalpakstan issued an official joint statement on the events in Nukus. The document says that on July 1, in Nukus, a criminal group of persons organized illegal actions, expressed in an attempt to seize the state administration bodies of Karakalpakstan. The thugs, hiding behind populist slogans, manipulating the consciousness and trust of citizens, gathered people on the square in front of the complex of administrative buildings. After that, relying on the gathered residents, they attempted to seize state institutions and destabilize the situation in Uzbekistan. The actions of provocateurs were suppressed by decisive actions of law enforcement officers. Organizers and activists have been detained, investigative actions are underway.

Under these conditions, the attempts of certain unhealthy external forces from abroad to influence the development of the situation in Karakalpakstan, including through targeted information releases and distortion of current events, raise concern.
- is specified in the statement, which is summed up by an appeal to citizens to refrain from illegal actions and resolve issues within the legal framework.

Information also appeared that large groups of the population began to move from various regions of Karakalpakstan to the capital of the autonomy. At the same time, it was reported from Tashkent that the President of Uzbekistan Shavkat Mirziyoyev flew to Nukus.
Reporterin Yandex News
Reporterin Yandex Zen
26 comments
Information
Dear reader, to leave comments on the publication, you must sign in.