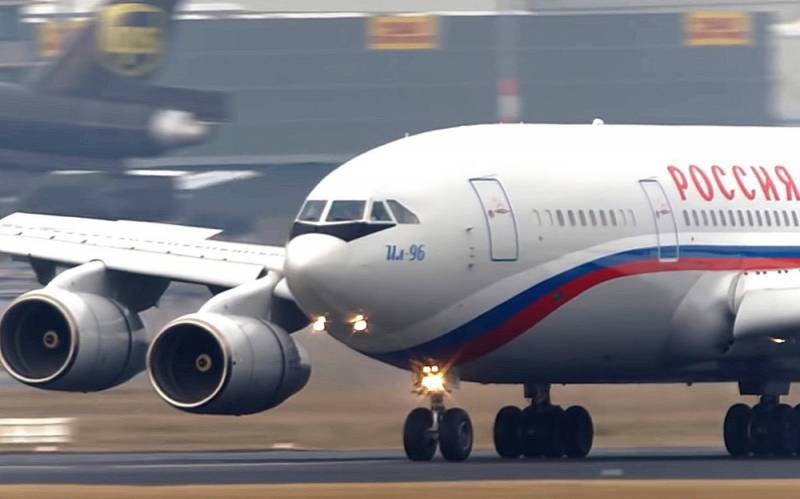 As you know, a friend in trouble is known. As well as possible, this proverb fits some of the nuances of business relations between Russia and China. On the eve it became known that our country is reducing its share in the project of the promising wide-body long-haul airliner CR929. And not on their own initiative. How did it happen, who is to blame and what to do now?

Could something have gone wrong?

First you need to figure out what this plane is. CR929 is a joint Russian-Chinese project of a wide-body long-haul airliner with a capacity of 250-300 passengers, depending on the configuration. It is planned to create three versions: the younger one for 230 seats, the middle one for 280 passengers and the older one for all 320. The signing of an agreement on the creation of a promising liner took place in 2014, during our pathetic “turn to the East”. The shares of Russia and China in the project are 50% each, its total cost is estimated at 13-20 billion dollars.

A few days ago, the relevant Deputy Prime Minister Yury Borisov, during the plenary session of the Engineers of the Future forum, stated verbatim the following:

We are working with China on this project, which, in principle, is not proceeding in the direction that suits us. China, as it becomes an industrial giant, is less and less interested in our services, we have our own design bureau, we have vast experience in TsAGI. But the Chinese have more needs than we have today. Our participation is getting smaller and smaller. I do not want to predict the future of this project - whether we will leave it or not, but for now it is in fact going on.

What could have gone wrong? And at this moment I would like to remember the publication of under the telling title "What if China throws Russia with the CR929 liner?", which was released on September 1, 2019. In it, we quite reasonably indicated that Russia is a junior partner in this project, since China attracted it only because of the presence of certain competencies that have been preserved since Soviet times. Our country participates in the project, mainly with intellectual property, since it has experience in the production of Il-96 wide-body airliners, as well as with money. In reality, these long-haul aircraft will be assembled in China from Chinese components, and only composite wings and, in the medium term, super-powerful PD-35 aircraft engines, when they are put on the conveyor, will be Russian.

We also drew attention to the fact that the main sales market will be in China, and it is estimated at 1200 aircraft in the next few decades, while domestic demand for such wide-body aircraft is, according to various estimates, 50-120 aircraft. Even then, in 2019, rumors leaked to the press that Beijing wanted to share sales of CR929 airliners manufactured in China and Russia. All of this has led us to reasonably ask the following question:

The documentation for the liner is good, the wings too, but this is perhaps all that will be on hand if the PRC suddenly decides to go its own way. They will make wings themselves, if necessary, we cannot even prohibit the supply of aircraft engines to them, since we simply don’t have PD-35s in stock ... What will Russia do if Beijing stops needing its services?

Despite the validity of these fears, of course, no one heeded them. Moreover, a “rebuttal article” was published in the domestic blogosphere, where, allegedly, its main theses were “understood by the bones” very witty. If desired, this "intellectual work" can be found by keywords, by entering the name of the original publication and the author's name into the search, read it and smile sadly.

But back to our sheep. The feeling of anxiety for the domestic aviation industry prompted us to turn to this topic again and write another "prophetic" Article titled “Instead of the “Chinese” CR929, Russia needs its own Il-96-400M”, which was published on September 3, 2021. In it, the author of the lines repeatedly pointed out the extremely dubious prospects for our country's participation in such a joint project, which in fact is an expensive "gift" to Chinese partners of technologies construction of wide-body airliners owned by a very narrow club of aircraft manufacturers.

As they say, if you criticize - offer, and we proposed, long before the introduction of Western crippling sectoral sanctions, to focus not on small-scale localization of CR929 in our country and not on a senseless attempt to compete with the cheaper and mass-produced Chinese version of CR929 on the international market, but on bringing to the mind of its own wide-body airliner IL-96, for which, fortunately, there is all the necessary component base. It is so good and safe that the President of the Russian Federation and the Minister of Defense of the Russian Federation fly on it in the Il-96-300 version. Its main problem is fuel efficiency, which could be solved at the initial stage by starting mass production of more economical PS-90A3 aircraft engines, and later - the transition to heavy-duty PD-35, which can be installed two per aircraft instead of four.

I remember that at that time such proposals caused a sharp rejection among a certain audience, who devoutly believed in the infallibility of the "general line". Like, where are you with your snout in the Kalash row? There are smarter people who know better. Well, subsequent events, when the United States and the European Union imposed sectoral sanctions, banning the sale of new airliners to Russia and servicing those already sold, proved the justice of the fact that one should not depend either on the collective West or on China.

Suddenly turned outthat our country needed "Soviet galoshes" in the form of medium-haul Tu-214 and long-haul Il-96. The latter has already begun to be produced in small batches, not only for the needs of the Special Flight Detachment. After the Chinese comrades nevertheless “threw” us with the CR929, taking everything they needed, Russia will remain with the Il-96, which will become the basis for further deep modernization of the wide-body airliner, which was obvious many years ago.
Reporterin Yandex News
Reporterin Yandex Zen
59 comments
Information
Dear reader, to leave comments on the publication, you must sign in.