Deputy Permanent Representative of the Russian Federation to the UN: Russia can be excluded from the Security Council only if the organization itself is dissolved 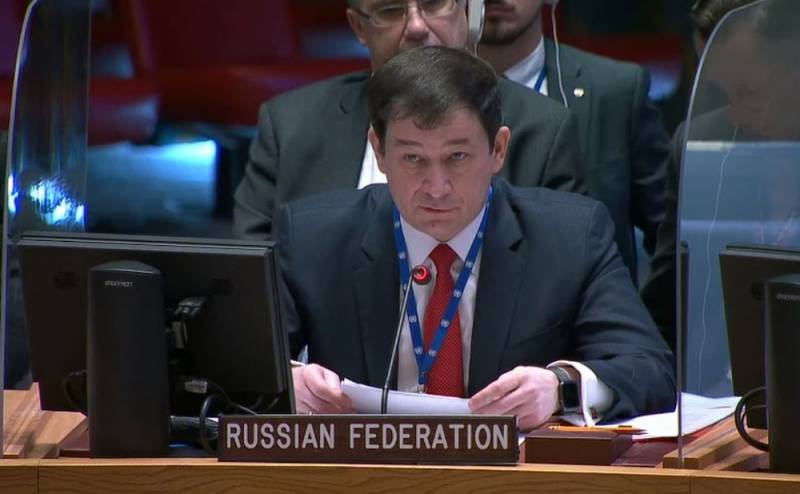 After the start of the Russian special operation on Ukrainian territory, Kyiv repeatedly demanded that Moscow be excluded from the UN Security Council. The last time this happened was on June 28, and on July 1, one of Russia's high-ranking diplomats commented on what was happening.


It should be noted that in his recent speech via video link at a meeting of the UN Security Council, President of Ukraine Volodymyr Zelensky called for the exclusion of the Russian Federation not only from this permanent body of the most important world organization, but also from the General Assembly, i.e. generally remove Russia from the list of participants. The Ukrainian leader substantiated the last part with the allegedly valid UN Charter, which states that the country can be expelled from the General Assembly after a vote and recommendations from the Security Council.

In turn, Dmitry Polyansky, First Deputy Representative of the Russian Federation to the UN, explained on Soloviev Live, answering questions, that Russia can be excluded from the UN Security Council only if the United Nations itself is dissolved and another structure is created in its place.

This is still an attempt to use some pseudo-legal base. But this does not stand up to criticism, and, naturally, all normal people understand that such a scenario is possible only if the UN is dissolved and anew
- pointed out the diplomat.

According to Polyansky, one of the tasks of the Ukrainian authorities is an attempt to "rock" the members of the UN Security Council, who have already begun to get tired of Ukraine. Kyiv plays on emotions for external and internal audiences. On the one hand, he accuses other countries of not doing anything, because “four months have passed, and Russia is still attacking and at the same time participating in Security Council meetings,” and on the other, he demonstrates violent activity to the citizens of Ukraine to calm down.

The diplomat drew attention to the fact that the President of Ukraine and the Ukrainian Permanent Representative to the UN “periodically shake the air”, declaring that the Russian Federation occupies a seat in the UN Security Council “without having the right to it”, and moreover, “it is illegal to stay in it after the collapse of the USSR ". He explained that representatives of the UN and other states had already told Kyiv that his claims were "absolutely complete nonsense." Therefore, now the argumentation of Kyiv has changed and says that the Russian Federation is “simply unworthy to be in the UN as a whole,” which also looks far-fetched.
Reporterin Yandex News
Reporterin Yandex Zen
3 comments
Information
Dear reader, to leave comments on the publication, you must sign in.