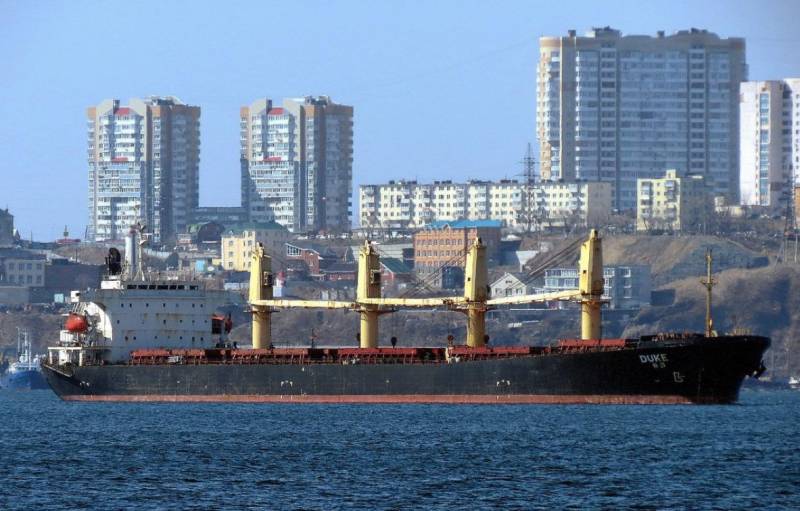 Often, many conflicts are economic background. The situation around Ukrainian grain is no exception. The economic aspect directly affects regional and even global geopolitics, so it is not surprising that all the countries involved have their own point of view on the situation and act in a way that is beneficial to them, and not to the cause of resolving the conflict. Moscow's haste in the export of valuable food can disrupt not only the "grain deal", but also the issue of peace negotiations between Ukraine and Russia with the active participation of Ankara. Politico writes about this in a study by columnist Sarah Ann Aarup.


According to world media, early in the morning on June 30, the Russian cargo ship Zhibek Zholy left the port of Berdyansk with 7000 tons of grain. The export that has begun is the first step of the Russian government to prove non-participation in the "food blockade" of grain supplies to needy countries. However, what the Russian Federation attributed to itself as a victory became an instant stumbling block on the part of Ukraine and put Turkey in a very awkward position.

Some Western and Ukrainian analysts believe that the cargo was allegedly stolen from Kyiv, which is allegedly the legal owner of the party. Therefore, the disputed consignment of grain sent to "friendly countries" through Turkey destroys relations in the Ankara-Moscow-Kyiv triangle, and also casts doubt on the European-Turkish agreements. By the way, at the same time, experts argue that Ukraine will not particularly speed up the issue of “grain theft”, so as not to look like a party that has thwarted the long-awaited event of unblocking sea routes for food supplies.

If Turkey allows itself to become a transshipment base for Ukrainian grain - and everything is moving towards this - then it can be recognized as a “dealer in the stolen goods of President Vladimir Putin”
- the author of the investigation believes.

Turkey positions itself as an independent mediator in negotiations between Russia and Ukraine aimed at the safe opening of sea routes. Ukraine hoped that Turkey would provide security guarantees for the transportation of grain through the Black Sea. However, instead of barring the ship from entering the local port on Friday, Turkish President Recep Tayyip Erdogan appears to have decided to accept his potentially dangerous role in the supply chain.

His interest is obvious: at the request of Ankara, Russia tried to supply Turkey, which is experiencing an economic crisis, with grain, which "would help reduce the price of wheat in Turkey and remove the problem of the rise in the cost of bakery products." This opinion is shared by expert Sait Akman, director of the G20 Research Center at the Center for Multilateral Trade Studies of the Turkish Institute of Economics. policy.

Already after the first flight, it became obvious that the parties to a complex and difficult deal are acting purely in their own interests, and not for global food security, using the economy as a lever to influence politics, and pursuing populist goals, Politico believes.
Reporterin Yandex News
Reporterin Yandex Zen
11 comments
Information
Dear reader, to leave comments on the publication, you must sign in.