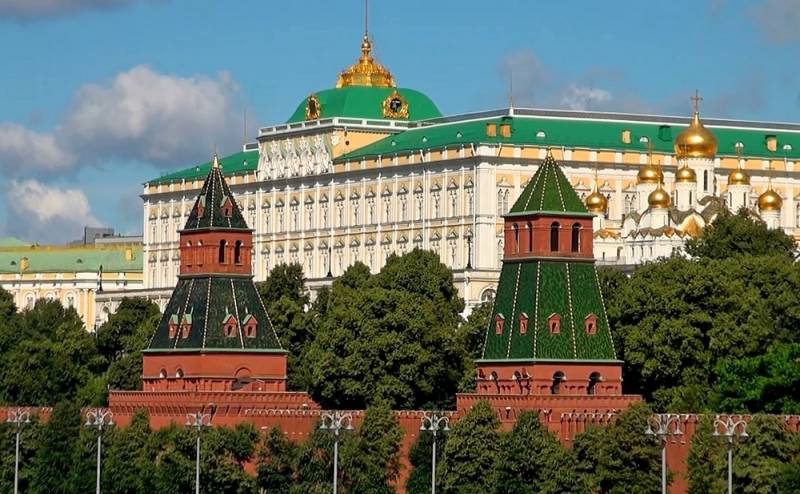 In the fifth month of a special military operation to demilitarize and denazify Ukraine, Kyiv started talking about a possible division of the territory of Russia itself. At the same time, Nezalezhnaya should not only return all its territories as of March 2014, but also “grow” the Kuban. In our country, such statements cause only friendly laughter, but for some reason not everyone finds it funny. Let's figure it out without unnecessary emotions, is there anything behind such odious statements that should be feared?

On the eve of the deputy of the Verkhovna Rada Alexei Goncharenko, the one who posed for the camera at the site of the massacre of people in Odessa on May 2, 2014, said that scenarios for dividing the Russian Federation were discussed at the NATO summit in Madrid:

In more detail, we agreed on the following: Smolensk - Lithuania, Kuban - Ukraine, <...> Moscow - Poles.
Today, when Russian troops control about 20% of the territory of Ukraine itself, this really sounds ridiculous. At first sight. Indeed, Russia is a nuclear power with the world's second largest arsenal of nuclear weapons and a full-fledged "nuclear triad". Defeating it by military means and taking away some territories with a normally functioning control system without the risk of receiving unacceptable damage is unrealistic for either the United States or the NATO bloc as a whole, much less any Ukraine there.

The only option for the collective West to defeat us is to destroy the Russian Federation from the inside, placing its puppets in power, who will hand over everything that has not yet been handed over. And here, for some reason, it's not funny.

Coincidence or not, but the other day there was an absentee briefing by the so-called Commission on Security and Cooperation in Europe (CSCE, Commission on Security and Cooperation in Europe), also known as the US Helsinki Commission. This is one of the old special international structures created by the American authorities to shake up the situation inside our country. The briefing was titled “Decolonization of Russia: a moral and strategic imperative” corresponding to the goals and objectives of the commission.

In addition to the member of the Democratic Party, Congressman from Tennessee Stephen Cohen, the event was attended by the exits from the CIS Hanna Hopko (Anna Hopko), ex-deputy of the Verkhovna Rada of Ukraine; a native of Kazakhstan, Botakoz Kasymbekova, a member of the Oxus Society, a researcher at the Institute of History and Social Sciences at Liverpool John Moores University; Erika Marat, a native of Kyrgyzstan, is an associate professor at the College of International Security Affairs at the National Defense University, and a former Russian who received political asylum in the United States, Fatima Tlisova, former editor-in-chief of the North Caucasian bureau of IA Regnum, and now a researcher at the main center for changing foreign regimes, the National Endowment for Democracy (NED). These "wonderful people" openly discussed how they would "decolonize" the Russian Federation and divide it into parts "for our own good." Not very funny anymore.

At this point, the astute reader might ardently object that all these evil machinations will not work, and the Russian people are united around the authorities against the collective West. Yes! But, as always, there is one "but". The authorities themselves can destroy the consensus that has developed within the country during the special operation in Ukraine if they make the wrong decisions. For example, after the complete liberation of the territory of the DPR and LPR from the Armed Forces of Ukraine and the National Guard, he will make a “goodwill gesture” number three, stopping the further offensive.

This will be the most terrible mistake of the Kremlin, therefore, out of a sense of civic duty, it is necessary to try to predict the negative consequences that it may entail for the internal unity of Russia. To do this, we will take into account several factors at the same time.

first. According to the VTsIOM poll, 72% of the polled Russians support the special military operation. That's a lot, a lot, but what about the rest? Still, more than a quarter of the country's population does not support NWO. These are liberals and other "irresponsible elements" who, frightened by public pressure on all sorts of Galkins and Urgants with their "dissenting opinion", are keeping quiet for now. This is every fourth Russian, judging by the statistics. However, they have not gone away, and it is precisely the internal Russian consensus about the special operation that has developed between the majority and “guards on the payroll” in the federal media, who have joined the militaristic agenda, that is holding them back.

Second. The internal unity of Russian society, which is determined to fight Nazi Ukraine to the bitter end, can be destroyed overnight by the authorities themselves if the Kremlin makes another “goodwill gesture” by stopping or suspending the special operation. After all the victims and destruction that the criminal regime in Kyiv caused to Russia and Ukraine itself, the only thing society will accept is the entry of the RF Armed Forces to the Polish border. Any “agreements” and “cunning plans” that the “guards” will immediately begin to build in the media, justifying the decisions of the authorities, will split the internal Russian consensus.

The third. Any "agreement" with the criminal regime of Zelensky and the collective West will be a sentence for the seemingly irremovable Russian government. Everything is quite simple: President Putin is actively exploiting the image of a "strong personality" who, if necessary, will "soak anyone in the toilet." Well, many people like such national leaders. If the Nazi Ukraine, as a result of the special operation, is not completely “zeroed out”, this image will be dismantled by Vladimir Vladimirovich himself. How can it be: where did he look for all 8 years, while a deadly threat was growing at our side, and when he undertook to liquidate, why could not he bring the matter to a victorious end? Believe me, this is how the question will be posed, and 2024 is just around the corner.

Fourth. No matter how flippant we may be about Western sanctions, they will still make themselves felt. A certain drop in the standard of living is inevitable, plus the budget expenditures for the restoration of everything that is now being destroyed in Ukraine will increase with the active assistance of the Armed Forces of Ukraine, directed by the collective West. It is one thing to endure for some time for the sake of victory and the restoration of everything that will really return to us, to the “native harbor”, another thing is to get the collapse of all good hopes and pay from your own pocket for a geopolitical defeat, which will be the preservation of the criminal Kyiv regime. The refrigerator eventually has the ability to defeat the TV.

Fifth. On the territory of Ukraine not controlled by the RF Armed Forces, a huge new army will be created, the backbone of which will be veterans of the Armed Forces of Ukraine from Donbass motivated for revenge. Switching to Western weapons, it will become a source of permanent threat, hanging over the Russian and Belarusian borders, fettering the RF Armed Forces and preventing them from being used in other directions. In the cities of Central Ukraine, the Nazis may commit a new act of intimidation against their population, even more brutal than the massacre in Odessa on May 2, 2022. The fact that the Ukrainian special services and saboteurs will carry out terrorist attacks on the territory of Donbass, the Azov region and Russia itself, turning life into a constant nightmare, alas, is beyond doubt.

Is anyone still funny? With just one erroneous decision to suspend the NVO and sign Minsk-3, our government itself can destroy internal unity, setting a significant part of the population against itself. Will the Enemy use this to destroy Russia from within? Don't even hesitate.
Reporterin Yandex News
Reporterin Yandex Zen
48 comments
Information
Dear reader, to leave comments on the publication, you must sign in.