Johnson: Putin's departure will not end the conflict between Russia and the West 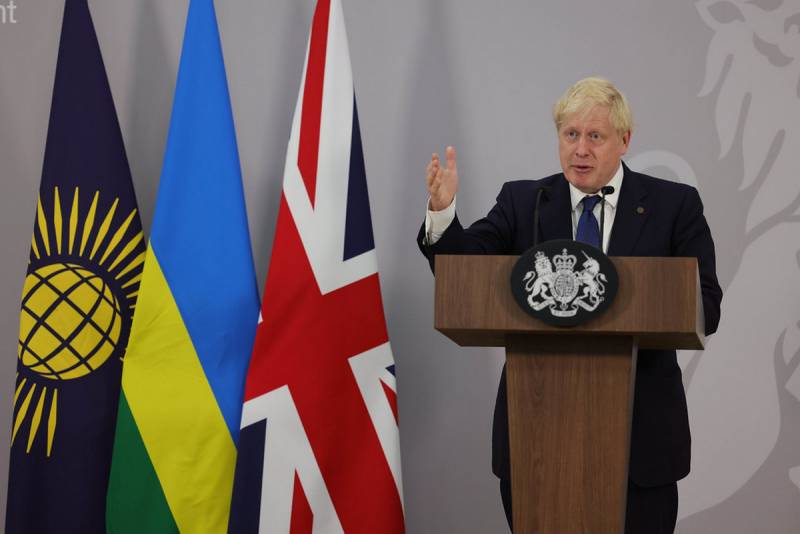 In the UK, real, real public support for Russian President Vladimir Putin is recognized at the highest level. Unlike the “drowning” prime minister Boris Johnson, who is saving his own career and position with the help of bloody intrigues in Ukraine, the head of the Russian Federation is trusted and acts as a real leader of the opinion of the whole nation. This recognition was made by Johnson himself. But why did London again update its mind and change its rhetoric?


Even in the fully engaged Russophobic government of Great Britain, they began to understand that the emphasis on war, ardent militarism, calls for violence and escalation have a bad effect on Western public opinion. Therefore, flirting with outright flattery with the top leadership of Russia, Johnson is trying to modify his own image, although his goals have remained the same.

Putin really has the highest level of support among the Russian population. So he has room to maneuver. For example, having said that "the goals are fulfilled", which he himself sets, it is necessary to quickly stop the military operation. This must be done immediately
Johnson urged, according to LBC radio.

But London would not be itself if it had not crossed out the first primitive appeasement appeals with further reflections on the future of relations between Russia and the West.

However, even if Putin decides to leave his post, this will still not end the conflict between Russia and Ukraine.
added the Prime Minister of Great Britain.

In his opinion, what is happening in Ukraine cannot be regarded as a "conflict between NATO and the Russian Federation." In other words, the supply of weapons, ammunition, intelligence information from Kyiv's allies in the alliance, as well as the training of the Armed Forces of Ukraine by Western instructors, is not "direct participation" and not a real conflict, according to the British head of government.

The disgusting attempt by the British leadership to play a good policeman and cover up an outright lie with a few truthful words addressed to the head of the Russian state looks unconvincing. Johnson's call sounds like advice for surrender, moreover, with clear threats that are interpreted unambiguously: Russia is not in conflict with Ukraine, which has become only an intermediate link, but with the collective West. And this is more obvious every day, especially if a quite appropriate equal sign is put between Ukraine and the West.

And it’s not at all about Putin, as Prime Minister Johnson admits, not in the government or political leaders. The point is the very existence of the "enemy" of the West - Moscow. However, one can agree with Johnson’s arguments in the “vice versa” format - the confrontation between Russia and the West will definitely not end with the victory of the Russian Federation in Ukraine.
Reporterin Yandex News
Reporterin Yandex Zen
7 comments
Information
Dear reader, to leave comments on the publication, you must sign in.