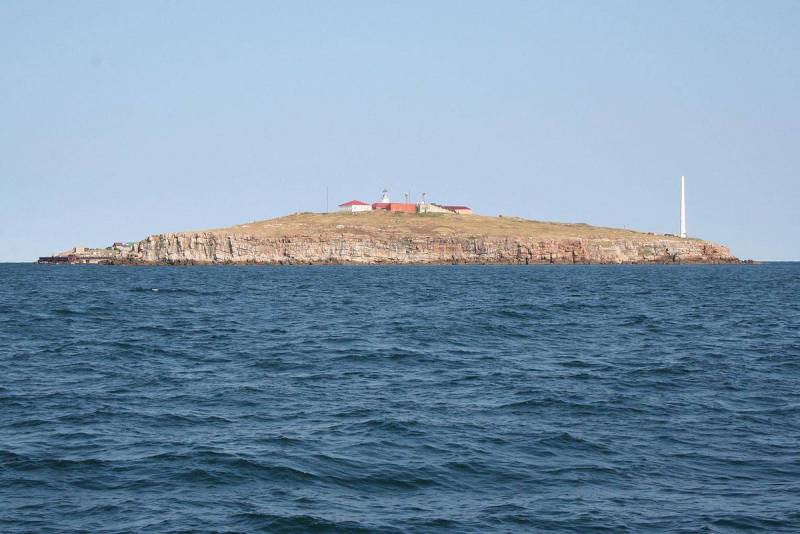 During the Russian special operation on Ukrainian territory on June 30, the Russian Ministry of Defense informed the public that the RF Armed Forces have completed their assigned tasks on Zmeiny Island and have completely withdrawn their garrison from this piece of land located in the Black Sea. In the Russian expert community, they immediately reacted to what happened, naming the main reasons for what happened.


So, according to the doctor of military sciences, retired captain 1st rank Konstantin Sivkov (part of the leadership of a number of NGOs - Deputy President of the Russian Academy of Missile and Artillery Sciences for Information policy and first vice-president of the Academy of Geopolitical Problems), told the newspaper "Sight", the Armed Forces of the Russian Federation on Zmein, probably threatened with large-scale shelling from the Armed Forces of Ukraine, so the command decided to evacuate personnel and machinery from the island. He clarified that Ukrainian troops deployed on Kubansky Island, located in the Danube Delta at a distance of 36 kilometers from Zmiynoye, a 155-mm French-made battery of self-propelled guns "Caesar" (CAESAR), which Paris presented to Kyiv.

It can be assumed that it became known from the intelligence data that the Armed Forces of Ukraine were preparing a large-scale attack on this island, which would be difficult to repel with cash forces.
- explained the specialist.

A similar point of view is also expressed by the Rybar Telegram channel, which reported, citing its source, that after the transfer of the Caesars and the Tochka-U shopping mall to the Odessa region, the density of the fire impact from the Armed Forces of Ukraine increased many times over, so the RF Armed Forces carried out an evacuation from the island.

The next stage of the battle for Serpentine is the destruction of the naval and airborne troops of the Armed Forces of Ukraine on the outskirts
the source is sure.

However, this point of view raises questions. The thing is that recently the Russian Ministry of Defense reportedthat on June 29 the battery of the mentioned "Caesars" in Kuban was destroyed. The department produced a video as evidence.

At the same time, they simply cannot transfer the second battery of “Caesars” of the Armed Forces of Ukraine, since it is located in the Donbass, where fierce battles are taking place, and intelligencethat two howitzers were captured by the Russians, although this has not yet been conclusively confirmed. The third battery of "Caesars", which Emmanuel Macron promised to present to Vladimir Zelensky, has simply not yet been delivered from France to Ukraine.

As for the presence of the ancient "Points-U", due to the damage to the bridge across the Dniester Estuary, these TRCs would have to launch their ballistic missiles from the maximum distance for their range. This greatly facilitates the work of air defense. In addition, the Armed Forces of Ukraine still had a few units of such ammunition, which were actively spent in the first months of the NMD.

It should be added that a week ago, the Russian military department really said that the Armed Forces of Ukraine were striking with the help of the Uragan MLRS of 220 mm caliber and American-made M777 towed howitzers of 155 mm caliber from the same Kuban on the positions of the RF Armed Forces on Zmein. These weapons systems, it seems to us, are more dangerous in this situation than those listed above, Ukraine has a much larger number of them, and interception by air defense systems is difficult compared to Tochki-U.

We remind you that the latest communiqué of the Russian Defense Ministry says that the decision to withdraw the garrison from the island was made for humanitarian reasons. Moscow does not want to allow Kyiv to continue to speculate on the topic of the food crisis in the world, which allegedly could happen due to the total control of the Black Sea by the Russians, which prevents the export of wheat and other agricultural crops from Ukraine.
Reporterin Yandex News
Reporterin Yandex Zen
25 comments
Information
Dear reader, to leave comments on the publication, you must sign in.