SVR: Poland is ready for the dismemberment of Ukraine 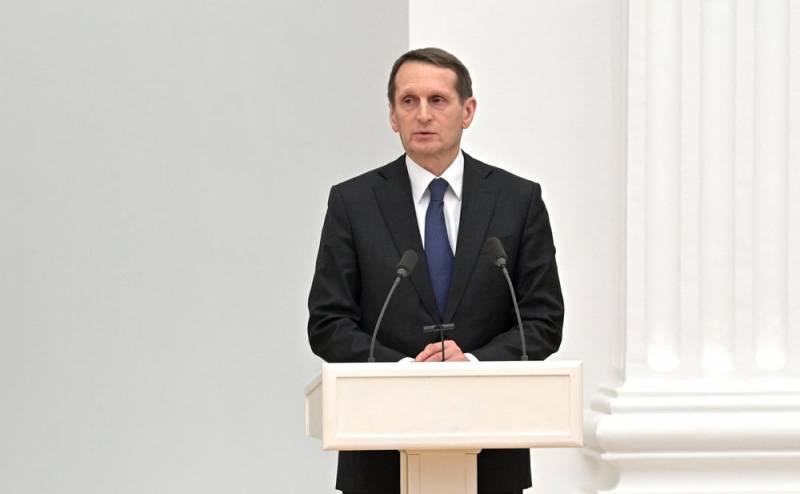 Events around Ukraine begin to develop rapidly, and not in favor of the population of this country, which considers the inhabitants of Western countries, and specifically the Poles, to be their friends. It became known that Warsaw began to actively work out options for the dismemberment of Ukraine and Kyiv knows about it, since this issue was previously agreed with the leadership of Poland by the local authorities. This was stated by the head of the Russian Foreign Intelligence Service Sergei Naryshkin.


The Director of the Foreign Intelligence Service noted that Poland is trying to take advantage of the difficult situation on Ukrainian territory, which is a convenient excuse to satisfy Polish "historical" ambitions. Based on the analysis of what is happening, the Poles came to the understanding that Russia will resolve its issues in Eastern Ukraine and it is impossible to interfere with this process.

Therefore, the Poles want to send "peacekeeping forces" to Western Ukraine to defend their interests. The option of forming some puppet state in the area is also being studied. However, it all depends on the state of affairs at the front. In Central Ukraine, the Poles want to create a kind of "buffer zone", separating the western part of the country from the eastern one, in order to prevent a direct military confrontation between the armed forces of the Russian Federation and Poland, which is part of the NATO bloc.

The Polish authorities are convinced that the US and UK will be forced to support this plan.
- said the head of the department.

In Poland, it is assumed that the Americans and the British will not oppose this plan when "the Russians go deep into the Ukrainian lands." Washington and London will simply face a choice, either to lose - losing all of Ukraine, or to show "unconditional solidarity" with an ally who is ready to take risks for the good of Western civilization. Moreover, the existing Ukrainian government, headed by President Volodymyr Zelensky, is unlikely to be able to survive in this situation.

The department also clarified that the information provided is not an assumption, but intelligence information received from sources that are trustworthy. It should be added that on June 30, Russian President Vladimir Putin, according to press secretary Dmitry Peskov, is going to visit the headquarters of the Foreign Intelligence Service in connection with the centenary of the illegal intelligence department to lay flowers at the Fatherland, Valor, Honor monument.

In turn, pro-Ukrainian information resources, many of which are located in Poland, assure Ukrainians that the Poles are not going to annex a significant piece of Ukraine. They explain that Poland wants only to carry out an operation similar to the one carried out in January by Russia and its allies on the territory of Kazakhstan within the framework of the CSTO. Then the troops of the CSTO states occupied certain objects and areas. As a result, Kazakh forces were released, which were sent to suppress an attempt to overthrow the government in this Central Asian country. In the case of Ukraine, the Poles are going to temporarily replace with their army the Ukrainian troops that will be sent to the front.
Reporterin Yandex News
Reporterin Yandex Zen
9 comments
Information
Dear reader, to leave comments on the publication, you must sign in.