The blockade of Svalbard could cost Norway the Barents Sea 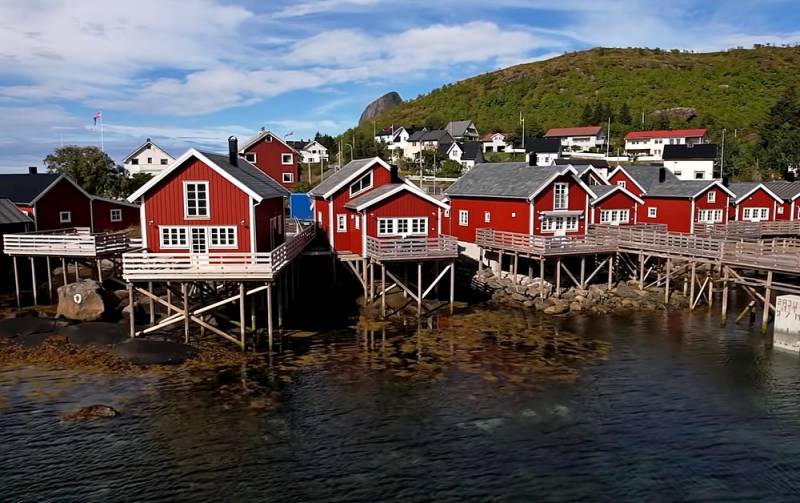 Another point of confrontation between Russia and the NATO bloc has appeared on the geopolitical map of the world. It was the Norwegian archipelago of Svalbard, which is the most convenient "gateway to the Arctic" for the collective West. How should our country respond to this challenge?


According to media reports, Norway has suspended the transit of goods through its territory needed to supply the Russian village of Barentsburg, which is located on the island of Western Svalbard. Its population is small, about 500 people, who are mainly employed in coal mining by the FGUP GT Arktikugol company. Also on the archipelago there are two more mothballed Russian settlements - "Pyramid" and "Grumant". Since they are completely dependent on supplies from the mainland, the Oslo decision calls into question their very existence and the preservation of the Russian presence in Svalbard. It's time to ask yourself, how did these settlements end up and function on Norwegian territory?

The Svalbard archipelago is located in the Arctic Ocean, rich in natural resources and potentially of great military importance, since it allows you to control the western "gateway to the Arctic". However, at the same time, it has the status of a demilitarized zone, and the only country that actually conducts economic activity on Norwegian territory, besides Norway itself, is the Russian Federation.

Historically, the first settlers in this barren land were both the Scandinavian Vikings and our Pomors. In the archipelago, they actively hunted whales, seals and walruses, until this fishery fell into decline and the islands were considered terra nullius (no man's land). At the beginning of the XNUMXth century economic the importance of Svalbard increased dramatically, as it became possible to mine coal for steam ships, and many applicants appeared for the "no man's land". In 1920, a compromise was reached in the collective West, according to which the archipelago went to Norway, and all other countries received the right to develop natural resources on it.

So famously the fate of Svalbard was determined in Paris without another main contender, Russia, which in 1920 had no time for disputed territories in the Far North. The USSR joined the Treaty only in 1935, starting coal mining and fishing. In negotiations with Oslo, Moscow periodically raised the issue of sharing the archipelago for military purposes, but was always refused. The Norwegians themselves in every possible way abused their exclusive right, negotiated at a time when Russia was not able to protect its national interests.

In particular, the kingdom unilaterally established a 200-mile so-called fish protection zone, which is not provided for by either the 1920 Paris Treaty or the 1982 UN Convention on the Law of the Sea. Oslo arbitrarily establishes "protected areas" in the archipelago, hindering the economic activities of the Russian coal mining company, as well as archaeological research on the settlements of Russian Pomors, which could confirm the historical rights of our country to Svalbard. The current naval blockade is another step towards squeezing Russia out of Svalbard. Norway is not a member of the European Union and is not obliged to comply with anti-Russian sanctions, but joined them with great pleasure.

The question is what to do now? How can Russia defend its rights to Svalbard?

If you look at the domestic press on this topic and comments on it, then all the proposed recipes can be systematized according to their degree of adequacy. The craziest one, which some unfortunate “experts” quite seriously propose, is to subject Norway (Japan, Great Britain, USA, Poland - substitute any other country of your choice) to nuclear bombardment. It is not worth explaining what an attack, especially a nuclear one, on a country that is a member of the NATO bloc will lead to.

The second, less harsh, but also forceful scenario involves sending an expeditionary force to Svalbard and claiming Russia's historical rights to the archipelago. The option is working, but it requires the availability of a combat-ready navy and the readiness to really start fighting the North Atlantic Alliance, at first by conventional means, since Article 5 of the NATO Charter will immediately come into force. It would be nice to first deal with Ukraine, reaching the Polish border, and then seriously think about the annexation of the territory, which is officially part of the Kingdom of Norway, and its subsequent supply.

The third option is to complain about Oslo to the countries of the collective West, saying that Norway violates not only Russian rights, but also all other High Contracting Parties to the Treaty. Perhaps six months ago this could have had an effect, but today it is hardly so.

Alas, Russia has no simple and safe scenarios for resolving the Svalbard issue. However, one weighty argument, if you think about it, is still there.

Recall that in 2010, President Medvedev famously cut the Gordian knot by signing an agreement on the delimitation of the Barents Sea with Norway. At the same time, he objectively violated the national interests of the Russian Federation, in fact "giving" Oslo a part of the Barents Sea the size of two Moscow regions. A few years later, it turned out that its continental shelf is rich in oil and gas, the reserves of which are estimated at 2 billion barrels of oil equivalent. The fact that Dmitry Anatolyevich's decision was a huge and unforgivable mistake was much said then, and it is even more obvious now.

So, today, ex-president Medvedev is the deputy head of the Security Council of the Russian Federation and all of himself is such a “hawk”, who fiercely hates the collective West and threatens it with a “nuclear baton”. So why then should Dmitry Anatolyevich not pass the “lice test”, publicly acknowledging his decision of 2010 to give Norway a huge part of the Barents Sea as a mistake, and Vladimir Vladimirovich not withdraw his signature under this agreement? At the same time, Mr. Medvedev will prove that he is no longer "like a liberal."

If the Norwegians unilaterally revise international agreements to the detriment of Russia, then why should Moscow, to its detriment, comply with the treaties with Oslo that openly violate our national interests?
Reporterin Yandex News
Reporterin Yandex Zen
39 comments
Information
Dear reader, to leave comments on the publication, you must sign in.