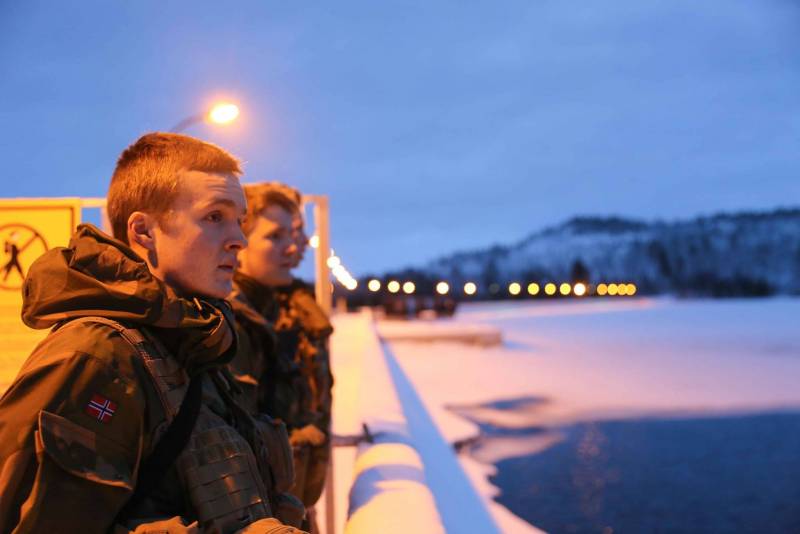 The Norwegian media are closely following all the strategic events, one way or another related to their country. And they draw the paradoxical conclusion that far from all changes in the situation benefit Oslo itself.


In particular, many questions concern the imminent accession of Finns and Swedes to NATO. This difficult topic is raised by Nettavisen.

It is argued that now the member countries will naturally look more at Finland than at Norway, in everything that concerns Russian affairs.

There is a wide variety of countries in NATO, each contributing to setting the political course of the organization. With Sweden and Finland, Norway's relative importance in NATO will decrease because two new countries in the Nordic region will get a lot of attention and help set the agenda
- writes Colonel of the Norwegian Army Arvid Halvorsen.

Although the Norwegians are reassured by the fact that the position of the alliance in the North, in general, will be strengthened.

Norway is also one of the first members of NATO and enjoys both prestige and an extensive network of contacts in Brussels, Washington and London. Norway will continue to be well positioned to pursue its interests
Finnish expert Matti Pesu reassures the Norwegians.

He points out that the geographical position of Norway and Finland means that both countries have geopolitical similarities, and therefore Norway can serve as a kind of model for the Finnish policy with NATO membership.

However, this is answered by those who believe that Norway plays a completely unique role in NATO, where Oslo has no competitors. In particular, this opinion is shared by Karsten Friis, a senior researcher at the Norwegian Institute for Foreign Policy.

The fact is that Russian forces on the Kola Peninsula will in any case be an important direction for NATO and the United States because of the submarines with strategic nuclear weapons that can reach the United States.
- writes an expert.

He also admitted that Norway, Sweden and Finland would be able to mutually use the airfields. In addition, the Norwegian territory could become a logistics hub for its northern neighbors.

Norway's positions will certainly strengthen! After all, the Baltic Sea is becoming completely unprotected for the Russian side. Trying to fight against NATO there would be a death sentence, and a pretty quick one at that. So the only way out for Russia is to act from the Kola Peninsula. NATO should invest in Norway!
suggested Gunnar Løfsgård.
Reporterin Yandex News
Reporterin Yandex Zen
3 comments
Information
Dear reader, to leave comments on the publication, you must sign in.