Anti-Russian G7 summit ended with a call to China 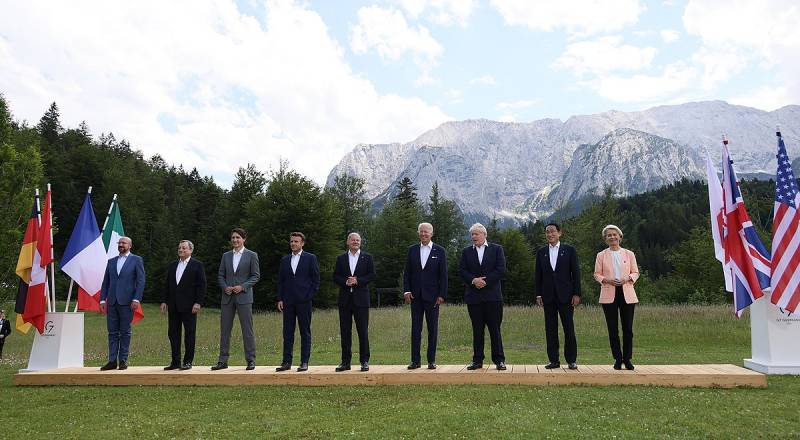 From June 26 to June 28, the G7 summit was held in the south of Germany, which ended, in particular, with the appeal of the participating countries to China. According to GXNUMX leaders, Beijing should influence Moscow to change its position on Ukraine.

As Russia is waging an unjustified, unprovoked and illegal war against Ukraine, we call on China to put pressure on Russia to immediately comply with the legally binding order of the International Court of Justice of March 16, 2022, follow the resolution of the UN General Assembly and stop its military aggression - immediately and unconditionally withdraw their troops from Ukraine
- emphasized in the final statement of the countries.

It turns out that the main topic of the summit meeting was discussions around the situation in Ukraine and reproaches against Russia. The summit began with a discussion of Vladimir Putin, and ended with an appeal to the PRC to distance itself from the Russian Federation.

Along with this, the GXNUMX plans to continue to support the Kyiv regime with money and weapons, as well as to negotiate with other countries and institutions on long-term "security guarantees" in ensuring Ukraine's "democratic future".

Earlier, the G7 countries announced the need to reduce the possibility of Russia receiving income from the sale of gold and energy resources. In addition, Volodymyr Zelensky called on the GXNUMX to work out measures to limit prices for Russian oil.
Reporterin Yandex News
Reporterin Yandex Zen
2 comments
Information
Dear reader, to leave comments on the publication, you must sign in.