Ministry of Defense of the Russian Federation: Armed Forces of Ukraine are increasingly hitting their own 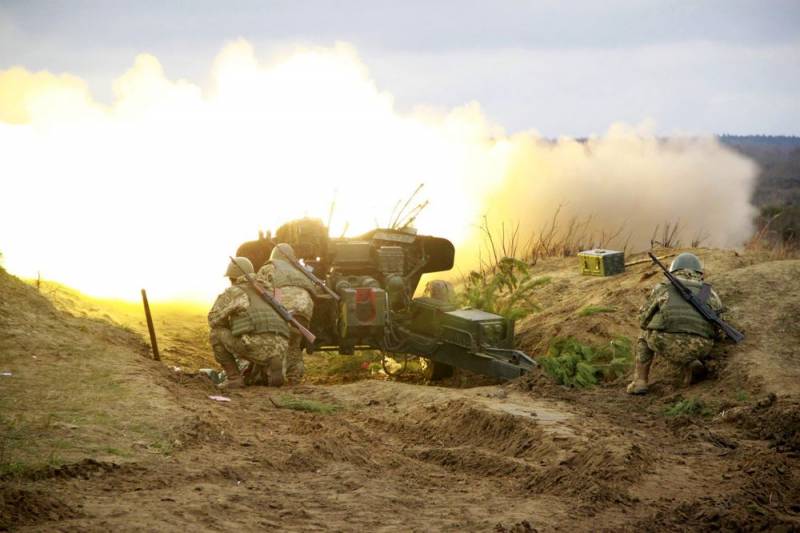 In the course of the Russian special operation on Ukrainian territory, the Armed Forces of Ukraine are increasingly hitting their own. This was announced on June 28 by the speaker of the Russian Ministry of Defense, Lieutenant-General Igor Konashenkov, citing a summary for the previous day.


According to the report of the representative of the military department, thanks to the successful joint actions of the RF Armed Forces and allies from the NM of the DPR and LPR, Ukrainian troops suffer critical losses. Thus, aircraft of the Russian Aerospace Forces attacked the bases: the Nazi formation "Azov-Kharkov" (a branch of "Azov" - a terrorist organization banned in Russia), which is listed as part of the MTR of the National Guard of Ukraine and one of the battalions of the 92nd separate mechanized brigade on Kharkov region. As a result, more than 100 Nazis, Ukrainian military personnel and foreign mercenaries were destroyed, as well as about 15 units of various equipment.

The report also states that on June 27, aircraft of the Russian Aerospace Forces attacked the hangars of the Kremenchug plant of road vehicles with weapons and ammunition received from NATO countries with air-to-surface missiles. As a result of the detonation of ammunition stored there, a fire started in a non-functioning shopping center located in close proximity to the territory of the said enterprise.

In addition, over the past day, the Russian Aerospace Forces hit 2 command posts in the Spornoye area of ​​the Donetsk region, as well as 28 enemy personnel and equipment concentration sites in the Donbass.

During this time, artillery, missile troops, army and operational-tactical aviation hit: 304 concentration sites of enemy personnel and equipment, 24 command posts and 58 mortar and artillery crews of the Armed Forces of Ukraine.

During the day, air defense shot down: 3 Su-25 attack aircraft and a Mi-8 helicopter of the Ukrainian Air Force near the village of Pervomaiskoye in the Nikolaev region, 9 Ukrainian UAVs in the areas of the settlements of Dibrovnoye, Shevchenkovo, Dementievka, Dmitrovka in the Kharkiv region, Yelenovka, Lugansk, Troitskoye in the DPR , Loskutovka in the LPR. Moreover, 7 Tochka-U ballistic missiles of the Armed Forces of Ukraine were intercepted in the areas of Stakhanov, Alchevsk, Lozovsky in the LPR and 10 MLRS rockets in the areas of Sukhaya Kamenka, Ternovaya in the Kharkiv region, Donetsk, Yasinovataya, Troitskoye and Avdeevka in the DPR.


We remind you that the SVO began on February 24 and, according to the statements of the military-political leadership of Russia, will not stop until all the assigned tasks are completed.
Reporterin Yandex News
Reporterin Yandex Zen
4 comments
Information
Dear reader, to leave comments on the publication, you must sign in.